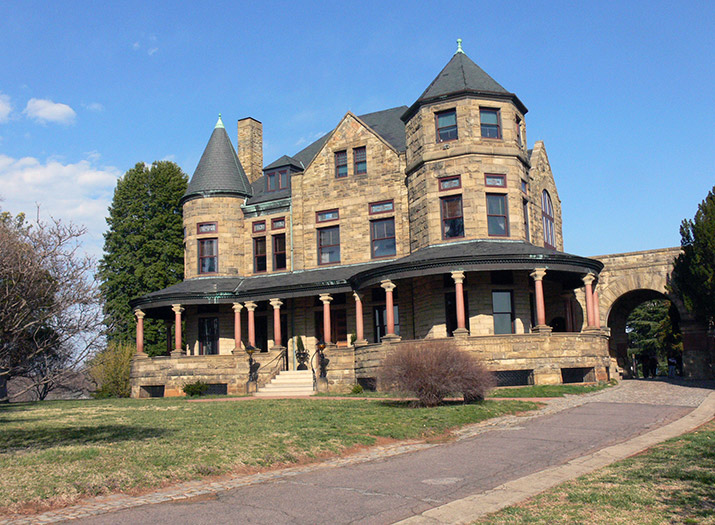 Truth About The Help

by Tracy Gross, Soul Of America

This season marks the debut of The Help movie on DVD, Blu Ray and streaming. I for one will not be buying or renting a copy. Nor will I read the book. My aversion to The Help is its crass fictionalization of reality. A significant class of Southern African American women evolved from the legacy of slavery into esteemed domestic workers, who also became champions in the Civil Rights Movement. Those noble activities ranged from supporting the Montgomery Bus Boycott to funding bail money for civil rights protesters. So to me, The Help, as a cinematic concept, disrespects that heritage as comic fare with box office chick-flick appeal.

Instead, I would offer a truer testament to the “Real Help” – an exhibit in Richmond, Virginia at the Maymont Mansion entitled “In Service & Beyond” – Domestic Work & Life in a Gilded Age Mansion. It is an authentic documentation of American dualities. There was one house with two worlds, servant and master, as well as Southern Black and White identities from the Civil War thorough Jim Crow Era.

Ironically, Mrs. Dooley wrote a book not unlike The Help – it was titled Dem Good Old Times. Voiced in black dialect in the style of Joel Chandler Harris, it was a fashionable ladies venture for her day. The book was re-published as a novelty, rather than a vanity piece.

Upon her death, Mrs. Dooley donated Maymont to the City of Richmond for use as a museum and park. As of 1975, it became the permanent home of the Maymont Foundation, creating a children’s farm and wildlife exhibit of native Virginia flora and fauna. In 2011, it was deemed One of the Great Public Spaces of America by the American Planning Association.

Maymont House was built as a 33-room, 12,000-square foot family mansion with a live-in 10-person staff and their families. Black staff members descended from slaves, who became paid servants after the Civil War. Maymont is the only extant mansion open to the public in Richmond. That makes it unique as a showcase of the American gilded age country estate. But greater than that, it is a living testimony to the “Real Help.”

The exhibit illustrating the social division of black domestic worker and White employer is segmented by the use and function of each room in the house. Upstairs rooms interpret the belongings and life of the Dooleys, but to provide a window into the real life of servants, the exhibit needed to expand on family life below the stairs.

What started as an oral history project tracing those staff (cook, driver, valet) named in Mrs. Dooleys’s will, has evolved into a book of the same name. And under the direction of guest curator Beth O’Leary from the Virginia Museum, the exhibit has grown into an earnest representation of the evolution of black domestic science and social standing in a specific timeframe, the 1890’s, then ending after Jim Crow Era (1960s). 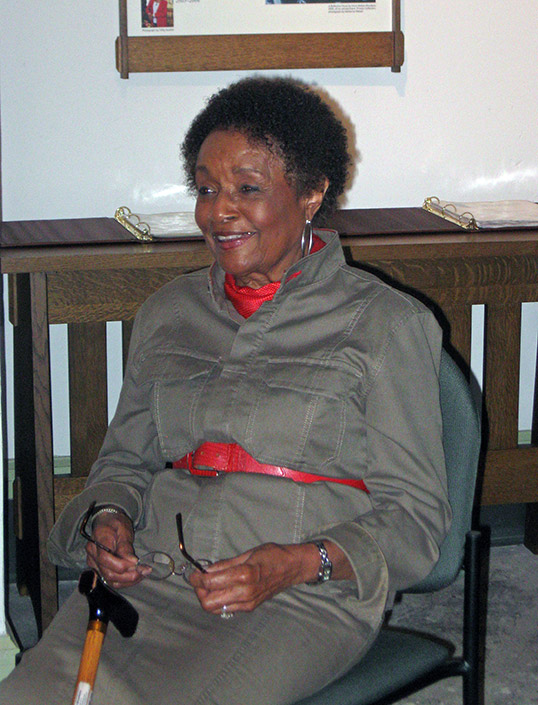 At 85 in 2012, Doris was the first person in her family to go to college, the first black woman to get a Fine Arts Degree from Virginia State College, and a professor emeritus. She also attended Saint Frances University and received her Master’s in Art at Virginia Commonwealth University.

Her brother worked at the Richmond legislative house as a doorkeeper. As children of the servant class, she and her other siblings were moved up to 25 times from Richmond to Philadelphia and New York City because they were not permitted to live with her family at Maymont House. So throughout her childhood, she and her brother lived with foster families and other relatives who were working for families outside Maymont House.

Having little contact with Maymont House, Mrs. Woodson and her siblings originally distanced themselves from the staff who lived-in. Mrs. Woodson said, “This was due to the stigma of domestic service.”

Many times black workers like her mother were misidentified as “slave residuals” rather than paid servants. Mrs. Walker Woodson refers to Maymont with a bittersweet fondness. “They were very protective of servants that were loyal to them, (after all) they wouldn’t have the lifestyle that they had without servants.”

Initially reluctant to participate in the creation of the exhibit, she later changed her mind recognizing the historical significance of her life story and that of her family. Although she was not present at Maymont during her grandmother’s service (having been born after she died) Doris feels like she’s speaking to her grandmother when talking about what Maymont means to her and to Black Americans.

Doris adds, “If I were able to talk to my ancestors they would be beyond belief that they are part of a museum. I am proud of the fact that they worked here. My grandmother was head cook, she started life as a slave and became an excellent cook. My mother came to work as assistant to the cook and there were five siblings who worked here with their mothers. I was able to go to college (from their works). I was the first person in my family to go to college.”

She donated her childhood doll Gloria to the kitchen exhibit in the basement. People who worked there often brought their children to visit as a way of spending more time with them. But the children were not allowed to go upstairs. “I was so happy to give that doll to Maymont because I knew my doll would be part of history.” 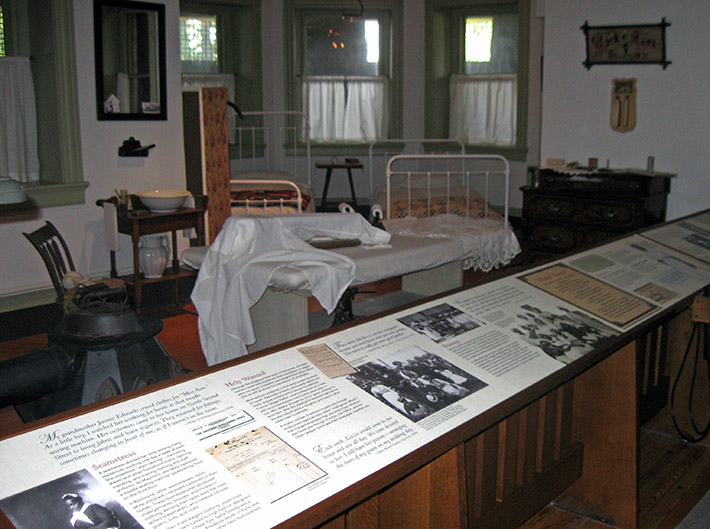 When asked her opinion about The Help movie, Doris reflected back to the doll and wistfully stated, “The parts that were disturbing were the separation and the understanding that was their station (place in life). But it is disturbing – it is hard to look at and not be disturbed.” Seeing the Maymont exhibit and hearing her comment reenforced to me why its important to remember our history, rather than creatively reinterpret it with popcorn.