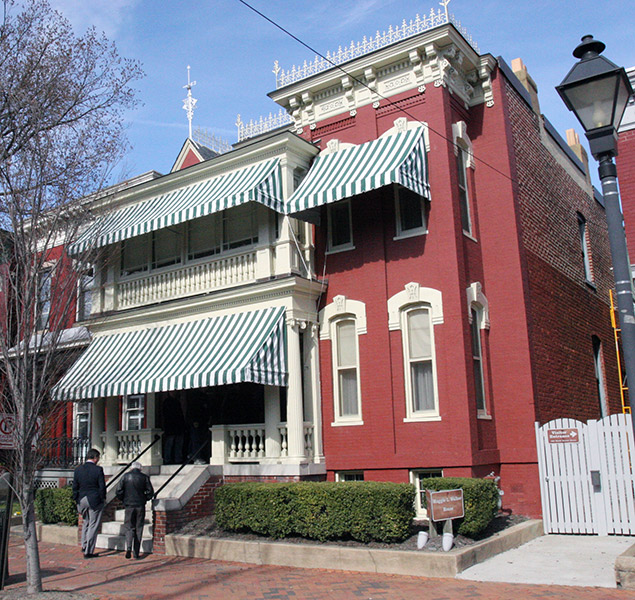 Richmond History is most notable as the “Birthplace of African American Entrpreneurism.” The roots of their freedom began with more than 5,000 African Americans who fought for America’s liberty from Great Britain, with many battlefields in Virginia. Winning the American Revolution extended the sentiment of liberty from many Anglo-Virginian slave owners who granted some, but not all slaves, freedom. Even freedom had limitations and was always subordinate to the economic interests of large slaveholders.

Many slaves were led to uprise for freedom by Gabriel Prosser. He was a free man who stood all of six feet two inches with long hair like his idol, Samson. Equally notable, he dreamed of a Negro state in Virginia. A violent storm forced Prosser and 1,000 slaves to suspend their attack on Richmond until 30 August 1800, time enough for elaborate plan to be betrayed by two slaves. Prosser and fifteen others were hanged on 7 October 1800.

Large slaveholders with political clout, fearing that newly freed blacks would lead more uprisings, passed a law in 1806 requiring newly freed slaves to leave Virginia within 12 months or forfeit freedom. Many did exactly that. European American society reacted similarly to Nat Turner’s Uprising in 1830 and the rise of the northern Abolitionist Movement when it passed a slate of reactionary laws restricting the freedom of all Blacks.

Before the 1831 law, which placed limits on Negro preaching, free Blacks often prayed with and preached to whites and slaves in Protestant churches. Somehow in the midst of these trappings, free persons of color persevered and prospered in the tobacco and mill-based economy.

As Richmond industrialized, the value of free Black labor increased, which supported many African American businesses and professionals in an integrated society of the 1840s and 1850s. Unfortunately, most southern whites steeped in the “Lost Cause” mythology, established Richmond as Capitol of the Confederacy in the 1850s.

So Richmond, in disturbing contrast to its large free African American population and history of prosperous integration, became the focal point of the Civil War and the most prominent icon of racial supremacist ideology. Such misplaced honor led Richmond to withstand many months of assault by Union forces long after the war’s outcome was assured. Richmond Confederates finally surrendered on 3 April 1865.

After the Civil War, racial supremacist ideology evolved to racial separatism, leading Richmond to segregate. Based on past successes and confident in their abilities, Black businesspersons and professionals focused on Jackson Ward to prosper even more during the Reconstruction Era (1865-1877).

Richmond’s African Americans endured a set of circumstances typical of other Southern cities during the Civil Rights Movement. Daily life brought triumphs, troubles, and sometimes fear of the Klan. Fortunately, Richmond leaders helped desegregate the city from 1954-1969 without major violence. Unfortunately, Richmond is also home of the infamous Richmond vs. Croson Case, where the US Supreme Court defanged Affirmative Action policy in business.

Given the overall good occurring in Jackson Ward, one gets the sense that the reconstruction of black humanity will have a major chapter about Richmond.