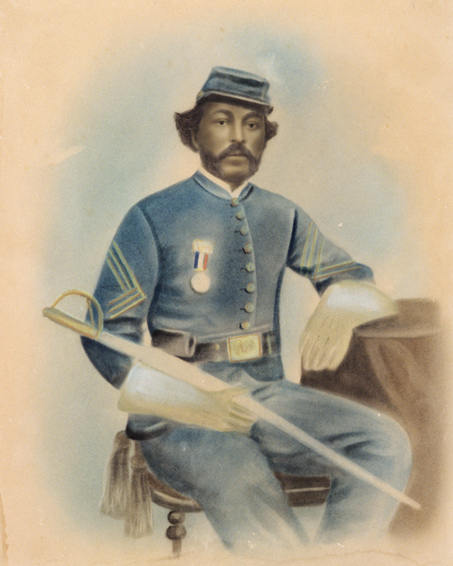 After the American Revolution, the north part of the former English colony of Carolina became the state of North Carolina. Due to its central state location away from coastal hurricanes and at the base of the Piedmont Plateau, in 1792, Raleigh became the state capital. It was founded in honor of English navigator, Sir Walter Raleigh.

Raleigh was home for African Americans long before Sir Walter Raleigh arrived. Thousands of North Carolinian landed gentry owned cotton, tobacco, and cereal grain plantations where 20 or more people of African descent served in human bondage. Utilizing more expensive slaves who knew how to jerry-rig and repair technology combined with those who could design and supervise slave-built farm structures enabled some plantation owners to introduce mass production to their business models.

Special Field Order #15 was issued during the ongoing American Civil War on 16 January 1865, by Union General William Sherman, a respected and successful commander of the United States Army. The order provided for the confiscation of 400,000 acres of land in South Carolina, Georgia and Florida, then dividing it into parcels of 40 acres on which were to be settled 18,000 formerly enslaved African American families living in the area. General William Sherman issued the orders four days after meeting in Savannah with 20 local African American ministers and with U.S. Secretary of War, Edwin Stanton, of the Lincoln Administration.

Though President Abraham Lincoln was assassinated on 15 April 1865, Union General William Sherman met with surrendering Confederate General Joseph Johnston at Bennett Place farmhouse between Greensboro and Raleigh to present Field Order #15 on 26 April 1865. Since information moved slower in the era before electric telegraphs were commonplace and too expensive for many Americans, former slaves that received official papers for reparations land were the fortunate few.

The replacement President, Andrew Johnson, was formerly a U.S. Senator from East Tennessee, a slave state. He valued growing complaints from his former plantation constituents more than people escaping centuries of bondage. He also valued plantation owners over the valiant efforts of General Oliver Howard and the Freedmen’s Bureau trying to protect reparations to former slaves. On 29 May 1865, President Andrew Johnson issued an amnesty proclamation to white southern citizens who swore loyalty oaths to the USA, promising political immunity and return of confiscated property. By fall 1865, nearly all former slaves were blocked from receiving land reparations identified by Field Order #15.

With out reparations land, talented former slaves and freedmen from that era turned their energies to building local churches, businesses, local schools and two black colleges, Shaw and St. Augustine’s in Raleigh.

Before the 19th century ended, sharecropping was introduced by many white landholders, many descendants of slave plantation owners. Sharecropping was legalized neo-slavery because most people could never pay off their debt from crops. They spent entire lives working the same land to repay debt. This is a peculiar fact in the tobacco state where so many people got rich from that cash crop.

Fast forward to February 1960. Raleigh also hosted a lunch counter sit-in shortly after the one in Greensboro. African American leaders in Raleigh played a role in the modern Civil Rights Movement by providing behind the scenes council and financing so more visible leaders in the movement could do “race work”.

Few civil rights leaders are more prominent than Ella Baker from Raleigh who played a key role in the NAACP, Southern Christian Leadership Conference (SCLC), and the Student Nonviolent Coordinating Committee (SNCC). Baker studied at Shaw University in Raleigh. As a student, she challenged school policies that she thought were unfair. After graduating in 1927 as class valedictorian, she moved to New York City and began joining social activist organizations. She later became a Field Secretary for the NAACP. Baker left the SCLC after the Greensboro sit-ins. She assisted the new student activists because she viewed young, emerging activists as an asset to the Civil Rights Movement. Miss Baker organized a meeting at Shaw University for the student leaders of the sit-ins in April 1960. From that meeting, the Student Nonviolent Coordinating Committee — SNCC — was born. For this reason Ella Baker and Raleigh should also be remembered as having a prominent role in the movement.