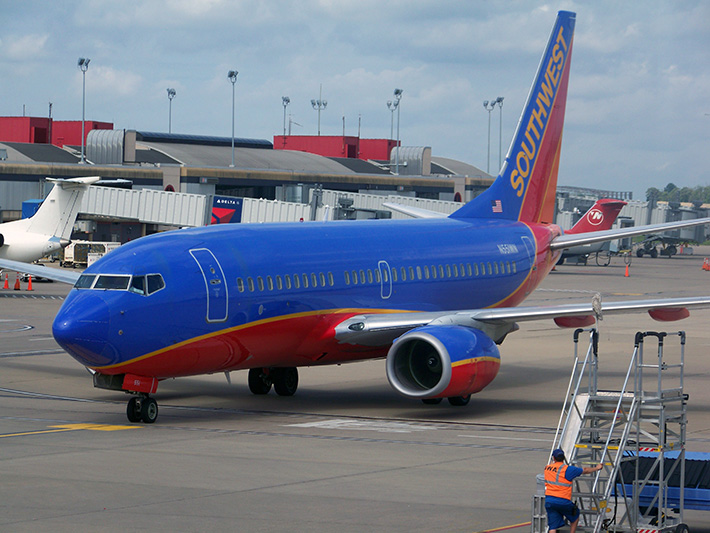 Pittsburgh International Airport (PIT) has 155 daily flights and 37 non-stops to most of America, Canada and several European destinations. PIT prides itself at being within 90 minute flight time of 70% of the USA. Its AIRMALL features dozens of shops, restaurants, lounges, business services and other passenger amenities. See PIT AIRPORT TERMINAL MAP

PIT Airport People Mover transports you to the bagge claim and car rental reservation area. Car Rentals are provided by Alamo, Avis, Budget, Dollar, Hertz, and National provide service. Remember that some of these agencies require 72 hours notice to schedule special arrangements. To reach downtown lcoated 16 miles away, exit PIT airport via signage that leads you to Highway 60 that name changes to Highway 22 going to downtown. Taxis are plentiful at the airport and many stations are located at downtown hotels, so you can easily hail a taxi. Shuttle from airport to downtown will cost about $30.

The two daily Amtrak routes stopping in Pittsburgh are:

Port Authority Transit features daily Light Rail service that is a model of efficiency with two lines connecting the near North Side, Downtown and South Side of Pittsburgh.

There are also BRT lines that head east and west: 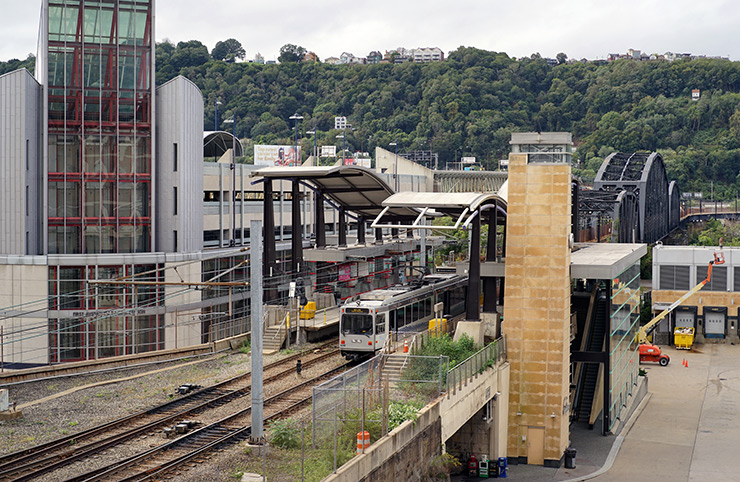 Pittsburgh is one of only two American cities with funicular railways. Locals call them “Inclines” transporting people up and down a steep hills facing the Ohio and Monongahela Rivers. Its an nostalgic way to transport up and down hills while getting a tourist view of downtown Pittsburgh. There are two inclines in operation:

Monongahela Incline: Across the street from Station Square you’ll find an odd-looking transportation conveyance built in 1869 and operated today by the Port Authority of Allegheny County as one of Pittsburgh’s two operating funiculars. The Monongahela Incline runs 635 feet, is steeper and shorter than the other incline. Nevertheless, you can feel pretty safe riding since it‘s major restoration in 1994. The funiculars are inexpensive to ride.

Duquesne Incline: Built in 1877, this 400-feet funicular was privately owned, publicly accessible and operates one mile west of the Monongahela Incline; it was saved from extinction by a group of neighborhood preservationists in the early 1960s and retains its original Victorian passenger cars. It provides the best view of Point State Park and a better perspective of the downtown skyline facing west. Its inexpensive to ride.

Gateway Clipper
See the sights from the water on board the Gateway Clipper fleet of riverboats; cruises began in 1958, as the Gateway Clipper Fleet became a prime symbol of Pittsburgh’s river renaissance. When cruises began Pittsburgh had its well-deserved smoky air rivers unfit for fish image. Today, the city enjoys clearer skies than Atlanta, DC or Houston and fish have returned to all 3 rivers. The 5 ship Gateway Clipper Fleet gives you picturesque views of all three framed by lush foliage and award-winning downtown architecture.
ADDRESS: 125 West Station Square Drive, Pittsburgh, PA MAP
PHONE: 412-355-7980
WEBSITE: http://www.gatewayclipper.com

Pittsburgh Freeway Network uses Interstate Freeways 70, 76 and 79 to form a triangle around the metro area, but will never win awards for freeway design or traffic efficiency. I-279 and I-376 freeways going to downtown are notorious for clogged commute traffic. Without a transit alternative in the same corridor, I-376 Freeway is particularly bad along the downtown riverfront. When it rains hard, that section of I-376 has been known to flood.