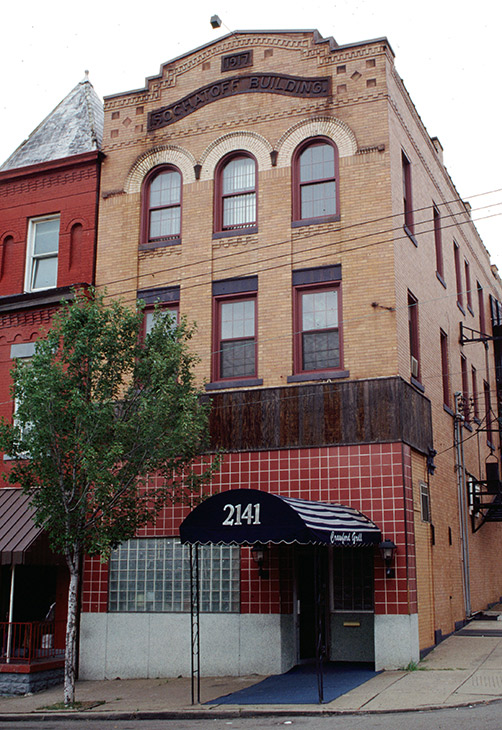 Crawford Grill in the Hill District of Pittsburgh; (c) Soul Of America

Believe it or not, the old steeltown Pittsburgh is a Jazz Foundry in the nation. It has produced far more Jazz legends that its population size would suggest. Only NYC and Chicago can boast of more Jazzmen. The city caused Harlem Renaissance poet Claude McKay to label the intersection of Wylie and Fullerton Avenues the “Crossroads of the World.” He was referring to the great musical and Negro Leagues Baseball crossroads that was Pittsburgh in the 1930s and 1940s.

Notables born and nurtured in Pittsburgh include Earl Hines, still considered by many to be the greatest Jazz pianist of all time. Billy Strayhdorn, the renowned Jazz composer and was prolific musical partner to Duke Ellington. Vocalists Lena Horne and Billy Eckstine hail from the metro area. Later, Jazz artists Art Blakey, George Benson, Ray Brown, Nathan Davis and Stanley Turrentine are native sons to Pittsburgh as well.

With changing economics and demographics in the Hill District, Jazz nightclubs like the original Crawford Grill, Webster Grill, and the Red Onion in the Hill district are but shadows of their heyday. When last we checked, only the Red Onion was operating and in desperate need of more patronage, young patronage.

Most visitors today explore Pittsburgh’s jazz heritage at events like the Manchester Craftsmen’s Guild’s annual jazz concert series and educational programs, the University of Pittsburgh Jazz Seminar held each November, and through the other initiatives by the Pittsburgh Jazz Society. The University of Pittsburgh also preserves jazz history at the International Academy of Jazz — Hall of Fame founded by Jazz musician and music teacher Nathan Davis, enshrining memorabilia and artifacts.

Though the Pittsburgh Jazz nightclub scene changes as market economics and demographics change, more recently, it has featured Dowe’s on 9th and James Street Tavern. These noble institutions provided a venue for talented local and touring Jazz musicians. Let’s hope for a Jazz renaissance.