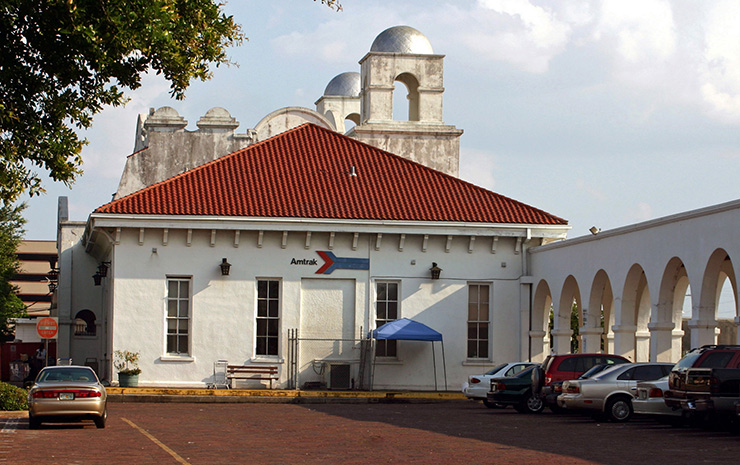 Amtrak Orlando train station is at 1400 Sligh Blvd. Some families take the daily Amtrak Auto Train from Lorton, Virginia to the Sanford, Florida station at 600 Persimmon Ave, located 20 miles north of Orlando, where they unload their autos. In total, Orlando features two daily Amtrak trains over this route:

Miami-Fort Lauderdale-Orlando-Tampa is designated a U.S. High Speed Rail Corridor by the U.S. Department of Transportation. For context about this important development, see this article about Interstate High Speed Rail.

I-Ride Trolley bus features a convenient Green Line route and a Red Line route from Universal Orlando Resort area to the hotels, attractions, shopping outlets, boutique shops and restaurants along and adjacent to International Drive and I-4 Freeway. Single fare is cheap, but a multi-day pass is recommended for lengthy visits. I-Ride Trolley operates daily from 8am-10:30pm.

Orlando Freeway & Tollway Network is a wheel and spoke system which bisects Orlando through its downtown. The metro area also has a preference for tollways. This means two things. First, I-4 Freeway is often jammed because people avoid the tollways, if possible. Second, keep several dollars handy to feed the toll booths when needed. Like all Florida tollways, they are reasonably priced per mile traveled.