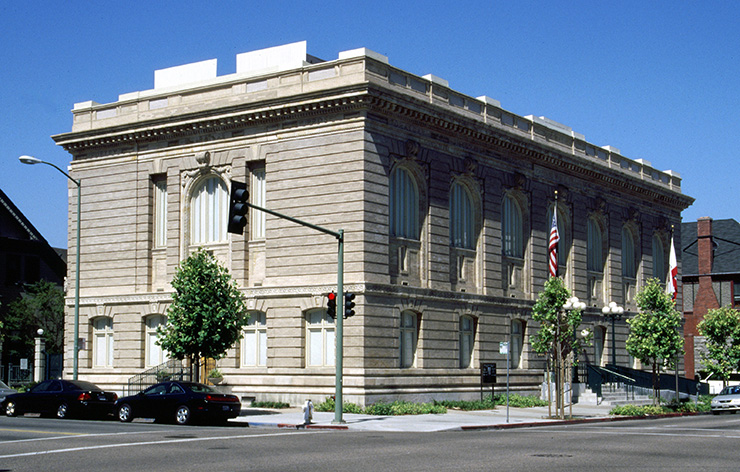 The Albany Bulb
DESCRIPTION: George Floyd, Breonna Taylor, Sandra Bland and the many others who were murdered by police are given honor in this little-known park a few miles from Oakland.  A team of artists painted their portraits on large slabs of concrete in view of the Golden Gate Bridge across the San Francisco Bay.

PARKING: on street and lots nearby

Dr. Huey P. Newton Foundation
DESCRIPTION: Commemorates achievements of the Black Panther Party of Self-Defense’s role in the Civil Rights Movement beginning in 1966. The Panthers’ legacy includes monitoring, protesting in an organized manner, and reducing police brutality; broadening their organizational skills, the Panthers initiated free breakfast for children and free medical service programs in the 1960’s that have been copied nationwide. Knowing that fundamental change had to occur in the public infrastructure, the Panthers engineered the largest voter turnout in Oakland history to elect the city’s first African American mayor, Lionel Wilson, and other public officials. Unlike several misrepresentations by Hoover’s FBI and the mass media, the Panthers never had a mission or objectives to increase white hatred. Quite the opposite, they welcomed members of all races who supported efforts to uplift love, well-being and justice of Black people. As such, all Americans can celebrate the Panthers contribution towards increased respect and understanding between races.
ADMISSION: donations welcome
DAYS & HOURS: appt only
ADDRESS: 1442A Walnut Street, Suite 112, Berkeley, CA MAP
RAPID TRANSIT: none
PARKING: on street
PHONE: none
WEBSITE: https://hueypnewtonfoundation.org