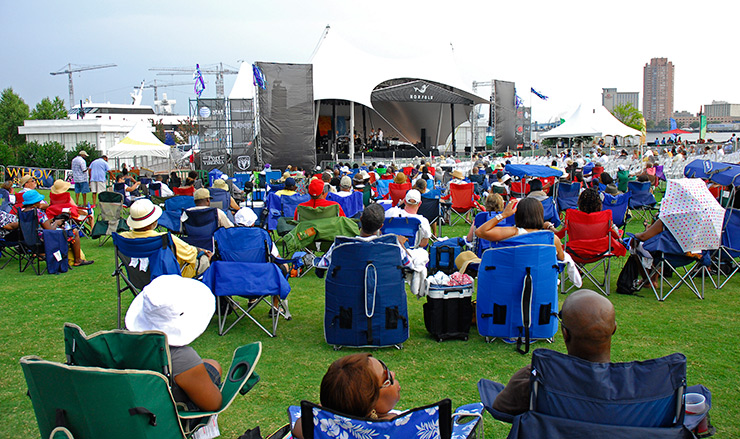 I’ve attended many jazz festivals around the country, but there’s nothing like listening to music while sitting by a large body of water. That’s what made the Norfolk JazzFest an extra special treat. Imagine listening to the smooth sounds of Jonathan Butler singing “Sarah, Sarah” or playing “Sunset,” while watching the sun go down and feeling the breeze off the Elizabeth River.

The Norfolk JazzFest is held annually in July at Town Point Park, right on the riverfront. Thousands of locals and tourists come with lawn chairs and picnic baskets in hand to chill out while enjoying the downtown skyline and Portsmouth skyline across the river.

For those who don’t bring their own picnic, there are a food catering trucks on site and several portable bars. While I had the pleasure of enjoying the festival under the Visit Norfolk VIP tent with catered food and an open bar, I also saw brothas and sistas from alumni and Greek organizations with their own VIP tents and the party was on. 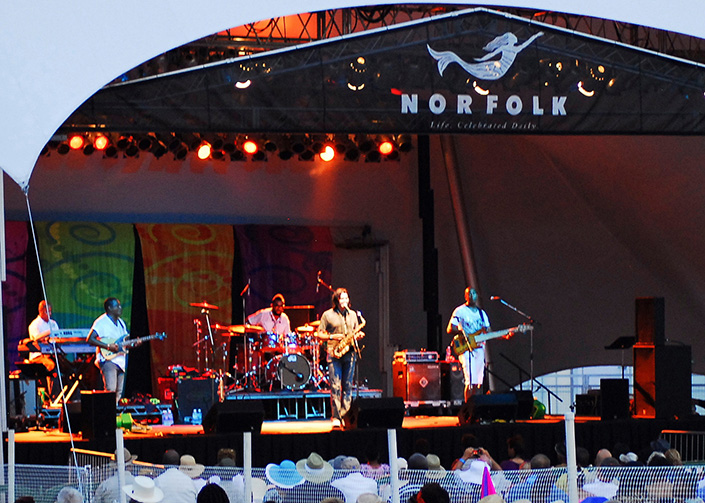 Along with Jonathan Butler, this year’s lineup included such acts as: Rick Braun, Kirk Whalum and Norman Brown appearing as “BWB”; the Jae Sinnett Trio and Stanley Jordan.

For those who want a little more river with their rhythms, there are various day cruises that tour the Elizabeth River and reveal the city’s naval history, while enjoying the music.

If you missed JazzFest 2013, don’t despair. Its an annual event and there’s a Norfolk Gospel & Jazz Celebration Weekend in October. Highlights of the event include: Jazz singer Carla Cook with the John Toomey Trio at the Attucks Theatre Jazz Club, and Jazz legend Wynton Marsalis performs with his world-renowned Jazz at Lincoln Center Orchestra and the 70-voice gospel choir Chorale Le Chateau at Chrysler Hall. The choir performed Marsalis’ roof-raising Abyssinian Mass, a spectacular celebration of the 200th anniversary of Harlem’s legendary Abyssinian Baptist Church. 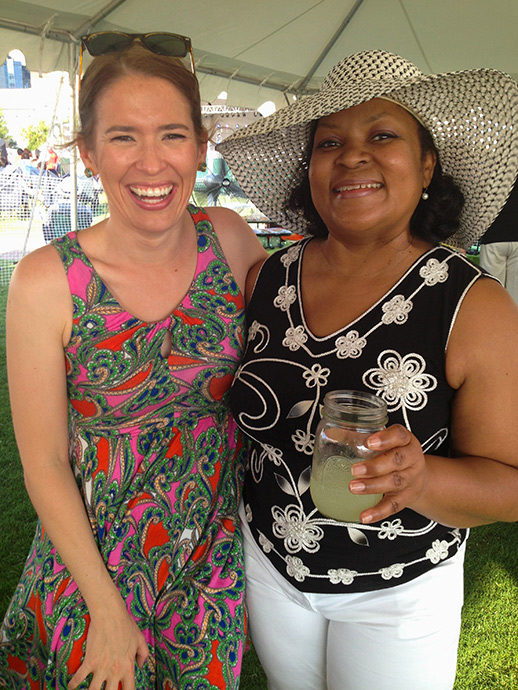