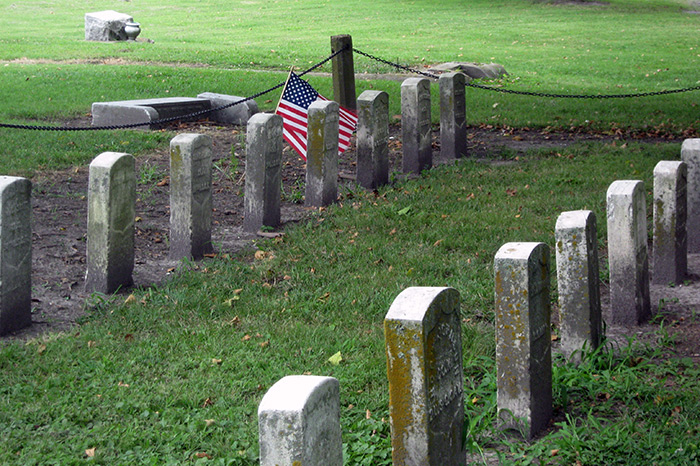 In 1680, the King of England decreed that the Towne of Lower Norfolk County be established at the mouth of Elizabeth River. The economic activity of enslaved human cargo and cash crops they produced became so valuable, that more and larger ships from Europe and the West Indies sailed to the region. Norfolk had the only deep-water harbor sufficient to dock large ships and was better sheltered from seasonal hurricanes than Virginia Beach. Thus, Norfolk’s population and economic growth blew past Virginia Beach, Hampton and Jamestown.

In 1682, sanctions by the State of Virginia and the church, to their eternal shame, declared lifetime servitude the proper status for people of African descent.

By 1750, British colonist records indicate that there were 236,000 slaves, with more than 206,000 of them living in states south of Pennsylvania. Virginia had more than any state. Leading colonists, such as George Washington, Patrick Henry and Thomas Jefferson constructed the hypocritical moral ground of “freedom from taxation without representation”, sparking the Revolutionary War against Great Britain in 1770. What the people of African descent? 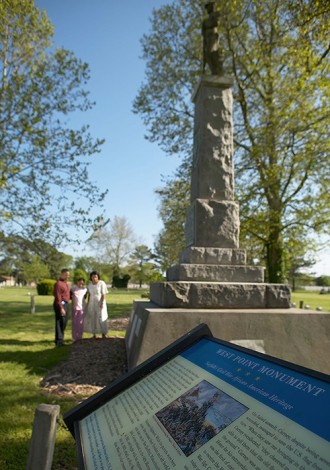 By 1775, Norfolk was still Great Britain’s most prosperous city to tax, albeit without political representation. During the Revolutionary War, more than 100,000 people escaped slavery. Many were attracted to this region to fight for Great Britain in return for post-war freedom. General George Washington and other southern plantation owners initially resisted the prospect of arming Africans. They feared it would spur slave uprisings. War casualties and Great Britain’s hard fighting Ethiopian Regiment caused General George Washington, Thomas Jefferson and others to reverse their earlier position. They soon allowed enslaved Africans to serve for America in return for post-war freedom. Even Virginia colonists, who prospered the most from a slave-driven economy, freed a percentage of enslaved Africans to fight for American freedom in the Revolutionary War.

More than 5,000 Africans comprised of free and enslaved soldiers, helped America win freedom from Great Britain. In effect, they became the first African-Americans. Though grateful colonists set most slaves free who served as soldiers, the siren call of economic exploitation to produce tobacco and other cash crops grew larger. Once the cotton gin was invented in 1792, that economic siren call became like heroin to a junky.

Northern states could not grow cotton, tobacco, rice or indigo. So they were eager to buy non-slave goods that they could add manufacturing value to for re-sale purposes. Though it traded slave-based goods, Northern states could not grow cash crops like the South. So it never developed the same degree of direct dependency on slavery as their siblings to the south. As a result, the North could afford to ban slavery and focus more energy on the shift to industrialization, retail, finance and international trade led by Philadelphia, New York City and Boston.

Southern states continued slavery via the children of freed slaves and more importation. Baltimore, the 4th largest city, had the dual personality of Northern industry and trade in a Southern tobacco-growing state. Both sides debated the morality of the subject in the U.S. Congress. Norfolk, with its large-scale import-export trade, and Richmond, a major inland trading post 90 miles west on the James River, led America’s ethical morass to continue slavery.

From 1783-1861, the South resonated with tales of slave imports, crop exports, and slave revolts. The largest revolt was led by Nat Turner. In the midst of those challenging activities, Norfolk rebuilt after a great fire, epidemics and a second burning of the town during the Civil War between 1861-1865.

President Lincoln’s Emancipation Proclamation on 1 January 1863 formally abolished slavery in America. Beneath the branches of an Oak Tree in Hampton, newly freed residents gathered to hear Lincoln’s Emancipation Proclamation for the first time. Locals believe Mary Peake taught school, against Virginia law, to free blacks and slaves prior to the Civil War in its shade. Today, 98-feet wide Emancipation Oak is a popular site for special services, social gatherings and picnics in the area that became Hampton University.

After the Civil War, a nearby settlement of newly freed African Americans founded the first center of higher education for African Americans, at the same area Ms. Peake taught at what is known today as Hampton University. Virginia Beach remained a thinly settled fishing village until the 1880’s, when a popular beach resort was also developed. By 1906, it became a larger town, just a day’s carriage ride from Norfolk. African-American population, though thick in Norfolk, Suffolk and Portsmouth, remained thin in the resort town Virginia Beach. 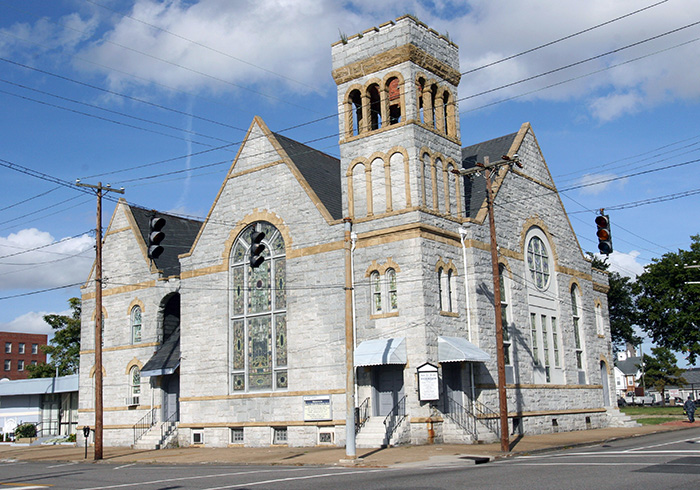 Rising from fields of waving corn, in the 1910s, Truxtun began as a village called U.S. Housing Project 150C, designed as a grand effort by the Virginia native, President Woodrow Wilson to house colored workers in a segregated, but caring manner. Named for Admiral Truxtun of the U.S. Navy, it was a model town that consisted of 250 houses, each having 5 rooms. All interiors were the same, while exteriors were built to have minor variations of their frame and brick foundation. Lot sizes were 28’ x 100’ for single homes. The Two-family type home had 40’ x 100’ lot. Each had a full bathroom, electric lights and running water — uncommon amenities for most of the South. The environment radically changed during World War II, when the US Navy built Oceana Naval Air Station in Virginia Beach and Norfolk became home to the Navy’s Eastern Fleet of deep-water vessels. More Black servicemen and women arrived in the region.Today harbor tours, museums, colleges, historic sites, restaurants, churches and beach life provide attractions for every traveler.

Although a cinema and YMCA never materialized as planned, a high school was built on the corner of Deep Creek Blvd and Portsmouth Blvd. Truxtun also boasted of spacing houses eleven feet apart for air flow and ventilation. Utility poles were positioned behind the houses. Green space was provided as common public space. And a church steeple overlooks the houses, giving the appearance of God protection. All homes have nice views from their diversified arrangement of porches and gables. Dewey Street, was the first street built in Truxtun and many Black leaders in the region called it home.

The end of World War II saw encroachment by neighboring Norfolk suburbanites. Rather than be annexed by Norfolk, Virginia Beach merged with Princess Anne County in 1963. The freeway system and Chesapeake Bay Tunnel & Bridge suddenly made travel here easier for weekend getaways and vacations from the East Coast.

Seizing a tourism opportunity, local officials were quick to establish Norfolk Harbor as Mile Zero of the scenic Atlantic Redevelopment of Norfolk’s waterfront has been kind to this historic port city. Many homes are occupied by descendants of the original family members and tent revivals with vendors are held on some weekends. Community led efforts resulted in Truxtun being added to the Virginia Landmark Register in 1980 and being designated on the National Register of Historic Place in 1982.