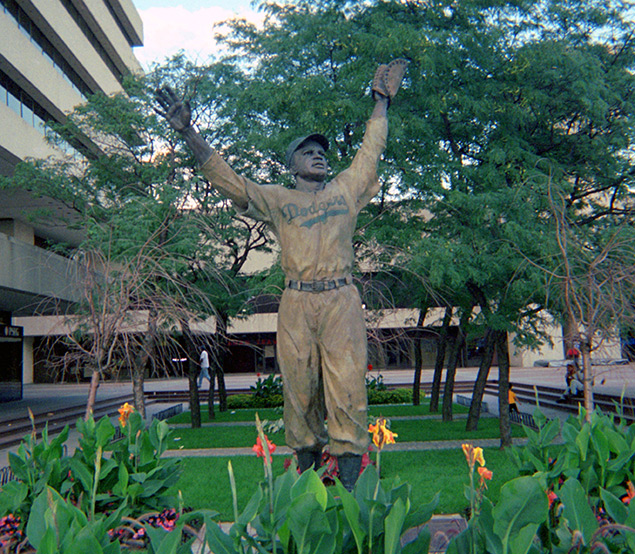 The African American presence is rich in Newark History. It began in 1804. Members of the African Methodist Episcopal Church founded a church and anti-slavery society in 1822, preceding Newark’s founding date in 1836. Only 18 miles from New York City, the population grew as both an industrial suburb. Newark become the largest cargo seaport for greater New York. State Street Public School, constructed in 1845, is one of the oldest buildings in the city.

Like New York City, Newark History was impacted by the 1863 Civil War Draft Riots. To avoid the draft, rich whites could pay poor whites to go in their place or for their draft-age sons. Many poor whites did not want to be drafted to help free people of color. Many of them terrorized African-Americans.

After the Civil War, African-Americans from the South increased migration to Newark to work as unskilled laborers. Their children attended segregated schools. State Street School was home to most black students. James Baxter Jr., the first black principle in Newark. African Americans weren’t allowed to go to secondary schools until 1872. Newark also had two African-Americans who integrated the Newark Little Giants of Major League Baseball in the 1880s, before black ballplayers were banned in 1890. So to be accurate, Jackie Robinson re-integrated Major League Baseball in 1947.

As more people sought industrial jobs in the city, black population grew to 10,000 by 1910. Most would be disappointed, since good-paying jobs were off limits to non-union workers and most labor unions would not admit African-Americans. In response to this situation, at least one African-American, Prosper Brewer, formed his own labor union. On a brighter note, Newark emerged as a center of Negro Leagues Baseball early in the 20th century. It hosted the Browns, Dodgers, Stars and championship teams of the Newark Eagles.

Similar to peers in Chicago, New York industrialists saw an opportunity to exploit African-Americans as strikebreakers to weaken labor unions. That strikebreaking tactic was particularly useful in the large cargo docks of Newark. Hungry for any legal job, African-Americans did what any discriminated group would do. They took jobs and skilled-labor promotions during strikes. Furthermore, most African-Americans who volunteered to serve during World War I (1914-18) were rejected because white congressmen and their rich supporters feared that too many of them would be exposed to better civil rights in Europe. When black veterans returned home, union workers and bosses feared those men who saw themselves as peers to Anglo-Americans.

For context, note that the movie Birth of a Nation broke box office records in 1915. It depicted African-Americans as uncouth buffoons after the Civil War, increased negative racial stereotyping and boosted KKK enrollment nationwide.

The lack of fair access to military service, colleges and union jobs, racial stereotypes, strikebreaking and white discomfort with African-American veterans who served with the French in World War I, created a pot of racial tension. Newark saw more than its share of boil-over from that tension.

Since a larger percentage young white men were drafted or signed up during World War II than did for World War I, while young black men were largely restricted from service, the industrial job market finally opened for African-Americans. From 1941-45, a number of African-Americans moved into the middle-class. Once white veterans returned after the war however, many skilled black laborers were let go or demoted.

Between 1940 and 1960, the black community tripled size to 34% of the population, but its growth, smaller education budget and higher post-war unemployment in black communities and “Redlining” triggered white flight to the suburbs. Arguably, Newark and Detroit suffered the most from white flight.

Newark has prominent role in the history of the Black Power Movement. It was the site of the National Conference of Black Power in the 1960s, led by black nationalist playwright Amiri Baraka, a Newark native. In July of 1967, Newark exploded in a 4-day riot that left 23 people dead and $10 million in property damage. The riot triggered even more white flight, as Newark lost half of its white population and most of its tax base, as compared to 1940.

Conditions were ripe for Newark to elect its first black mayor in 1970, Kenneth Gibson. He held that position for 16 years. But in 1983, nearly one quarter of black Newark families lived in poverty. That was a key factor in Major Gibson losing to Sharpe James in 1986, who served until 2006. From 1960 to mid-1990s, Newark, with the exception of Prudential headquarters and its large seaport, was a commercial afterthought in the NYC region.

Under Mayor Sharpe James, Newark expanded its airport to world-class status, built the sixth largest performing arts center in the United States and upgraded many public parks. Then Mayor Corey Booker (now U.S. Senator) helped reduce open-air drug-dealing, attract more financial firms to the city, expand college campuses and played a role attracting a $100 million grant towards public education improvement from the Facebook founder. Under both mayors, Newark’s three train stations upgraded and a Light Rail line was built. Since the mid-1990s, Newark has attracted more headquarters, regional offices and small businesses that revitalized downtown and increased the tax base.