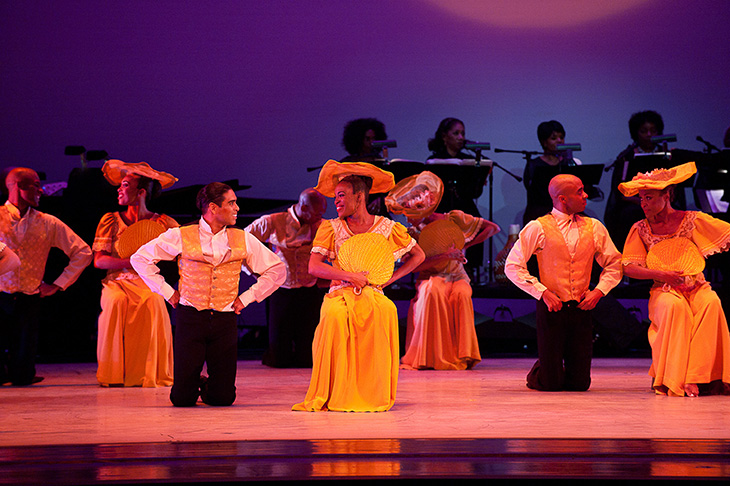 NYC Black Theatre & Dance is like no other because Harlem launched or amplified the careers of more professional black stage actors and dancers than any place on Earth. It was the home of the gangster-owned and racially-restricted Cotton Club where the greatest black artists of the 1920s & 30s performed. Many jazz musicians compose in their minds while watching Black chorus lines dance. New York chorus lines played a role in the development of jazz. Think of Duke Ellington being inspired during his many performances at the Cotton Club.

The father of Black Cinema, Oscar Micheaux, perfected his roadshow tactics in Harlem and in the Bronzeville district of Chicago, launching Black Cinema. Without Micheaux proving that black folks would sufficiently patronize cinema, it would have taken a lot longer for cinematic break-thrus by Hattie McDaniels, Lena Horne, Ethel Waters, Bill “Bojangles” Robinson, Dorothy Dandridge and Eddie “Rochester” Anderson.

From the loins of those theatre pioneers we enjoy the Apollo Theater, which began life as one of the premiere venues of the Chitlin Circuit. Arthur Mitchell founded one of the world’s premiere ballet companies in Dance Theater of Harlem. Frank Silvera’s Writers Workshop, Alvin Ailey Dance Theatre and the National Black Theatre in Harlem also emerged.

In fact, Harlem has more theater companies and dance companies than any other Black District in the country. The AUDELCO (Black Theatre) Awards are presented every year to huge crowds.