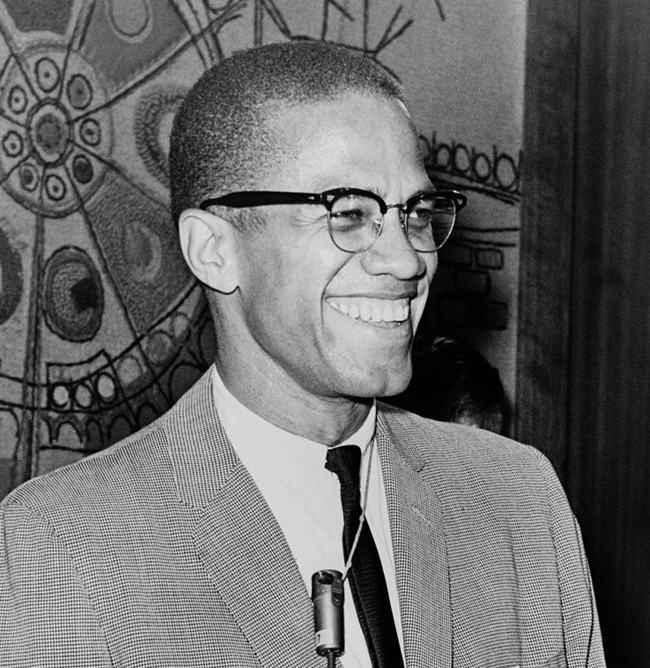 On his ascent to international fame, Malcolm X (1925-1965) accomplished many things in Detroit, Boston and Philadelphia, but his most productive years happened in New York City.

A short resume for Malcolm X could read:

• Assistant Minister to the Detroit Temple #1, summer 1953
• First Minister to the Boston Temple #11, winter 1953
• Acting Minister of the Philadelphia Temple #12, 1954
• Minister of the New York Temple, 1954
• Editor of the newspaper Muhammad Speaks, 1957
• Minister of the Detroit Temple, 1957
• Married Betty X, January 1958 and moved to Elmhurst, Queens
• NOI Ambassador to the Middle East, 1959
• Speaker at the Nation of Islam Rally in New York, 1961
• Led hundreds of NOI members in a Times Square rush-hour protest against police harassment, February 1963
• At Micheaux’s Bookstore at 125th Street and Seventh Avenue, Malcolm X, Adam Clayton Powell Jr and Dick Gregory held a rally protesting racial violence in the South, March 1963
• New York Times reported that Malcolm X was 2nd most sought after speaker in the United States, 1963

In 1963, Malcolm X grew more confident in his independent voice and began to speak on subjects without permission from Elijah Muhammad. Many of his speeches were at the Theresa Hotel in Harlem and Audubon Ballroom at the northwestern edge of Harlem. Most of the time Elijah Muhammad did not mind because Malcolm X used media exposure to increase Nation of Islam (NOI) recruitment. Decades later, Louis Farrakhan acknowledged that some NOI officers were jealous of Malcolm X’s status as heir-apparent to Elijah Muhammad. So when Malcolm X made his “Chickens Come Home to Roost” gaffe to the news media after the John F. Kennedy assassination on 22 November 1963, he went too far for Elijah Muhammad.

Fearing reprisals by the FBI and local police forces, Elijah Muhammad publicly silenced Malcolm X as a representative of the Nation of Islam for 90 days. Other NOI leaders seized opportunity to move ahead of Malcolm in status. During that period of public silence and reflection, Malcolm discovered several matters concerning Elijah Muhammad and other NOI leaders, which were morally inconsistent with his own values and the teachings of Elijah Muhammad to strictly practice monogamy.

From NOI loyalists perspective, Elijah Muhammad, as a Messenger of Allah and according to the Koran, was entitled to “Take (More) Wives” or concubines, since polygamy is illegal in America. Malcolm also discovered troubling NOI money-handling issues with several NOI leaders. Under no circumstance did NOI leaders want Elijah Muhammad’s or NOI business to become public knowledge. Neither side realized that J. Edgar Hoover’s FBI had planted informants, wiretaps and inflammatory reports between the two parties, making Malcolm’s split from the NOI become uglier than otherwise in March 1964.

When Malcolm made the public announcement about Elijah Muhammad impregnating young girls, in what appeared to be concubine relationships (NOI claims they were additional marriages), he broke the last straw. Many in the NOI wanted him dead right away. Though Louis Farrakhan says that Elijah Muhammad issued an order to leave Malcolm X alone, Elijah Muhammad did not squash anti-Malcolm sentiment, as evident in their threatening critiques of him in ongoing NOI newspapers. Nor was Elijah Muhammad fully aware that larger forces were fanning NOI flames to bump off Malcolm, since he could not be coerced or bought off.

[Unfortunately, these facts were completely hidden from the Shabazz Family and NOI until the 1975-76 Senate Church Committee Hearings of spoke of illegal CIA and FBI activities. Those illegal CIA and FBI activities related to Malcolm X, Dr. King and other black leaders were verified in 1993, when the Freedom of Information Act permitted public access to most of J Edgar Hoover’s CoIntelPro papers.]

In April 1964, a distraught Malcolm X made his first independent trip to Africa and his first trip to Mecca. While on his Hajj to Mecca, Malcolm abandoned blanket racism. His return passport indicated a name change to El-Hajj Malik El-Shabazz and he converted to orthodox Islam. When meeting with the leaders of Egypt, Lebanon, Saudi Arabia, Ghana, Liberia, Senegal and Nigeria, he was watched by American CIA agents and photographed by journalists. Furthermore, Malcolm publicly stated that some whites can help the Negro improve his condition in America.

Malcolm’s anti-racism stance joined the list of issues anathema to the NOI. Shortly after returning to America in May 1964, the NOI sought to evict Malcolm from his home, which they held the deed. Malcolm retaliated highly charged public comments about the underbelly of the NOI.

In June 1964, Malcolm X publicly name-changed to El-Hajj Malik El-Shabazz when announced the formation of the Organization of Afro-American Unity (OAAU) in Harlem, though it had been his brainchild before the Africa trip. The OAAU, headquartered at the Theresa Hotel, had two parts, one for people of African descent and another part for all other people. By establishing a multi-racial OAAU, his new speeches indicated that Malik El-Shabazz planned to establish bridges between progressive Muslim, Christian, Jewish and Buddhist leaders worldwide. His goal was to elevate the American Civil Rights Movement to a Global Human Rights Movement for all people of color. At a future date, Malik El-Shabazz hoped to convince America’s non-violent Civil Rights leaders to jointly protest American discrimination in front of United Nations during a General Assembly.

Malik El-Shabazz’ OAAU mission and his emerging alliance with the Christian-based Civil Rights Movement to embarrass American policy makers before the world, set off more alarm bells with President Johnson, Congress, the CIA and J Edgar Hoover. One must remember that by August 1964, America and Russia started a Proxy War in Southeast Asia and a Cold War to win the hearts and minds of African, Caribbean and Latin American nations emerging form Colonialism. What if Russia used those civil rights protests as propaganda to recruit more nations to Communism, like Cuba? Would Russia extend financial support to the OAAU?

His trans-national incarnation as El-Hajj Malik El-Shabazz made him a deeply hated outcast of the NOI, a villain to imperialistic governments worldwide, and a potential ally to the Christian-based Civil Rights Movement in America. With tentacles of global influence, Malik El-Shabazz was potentially more influential than Elijah Muhammad and Dr. Martin Luther King. Malik El-Shabazz made several public speeches that America’s white power structure should give the Christian-based Civil Rights Movement what they demand (fully protected civil rights) or it would have to deal with less peaceful elements of black resistance to job, housing and voting discrimination, Klan activity and police brutality. That is when he popularized the term “By Any Means Necessary.”

In his new spiritual and activist identity, J Edgar Hoover must have placed him at the top of his CoIntelPro list to “Prevent a Black Messiah.” We know for certain that his FBI and CIA surveillance intensified. Elijah Muhammad ordered NOI agents to tail him.

Despite torturous harassment, bodily assault and death threats by several NOI members, Malik El-Shabazz remained unbowed. Always brave and defiant, he conducted OAAU speeches at home and abroad. To their credit, New York City Police Department offered him protection many times. But as declassified Freedom of Information Act documents indicate, Hoover’s FBI watched, recorded and stood down when it knew of credible threats to his life.

Given power concedes nothing without pressure, Malik El-Shabazz knew that he could represent a powerful voice for the other Black America that would not respond to violence by turning the other cheek. Hoping to prevent a national outbreak of riots, Congress and President Johnson passed the Civil Rights Act in July 1964.

To increase his knowledge of their problems and strengthen his international coalition, Malik El-Shabazz went to Africa and Middle East again from July through late November 1964. Upon return, he jetted across the globe, and gave more speeches and media interviews promoting his rapidly maturing new views under the aegis of the OAAU. With the passage of the Civil Rights Act and work beginning for the Voting Rights Act, Malik El-Shabazz softened his criticism of Dr Martin Luther King, the SCLC and the Student Non-violent Coordinating Committee (SNCC). He even published memos of support to them.

Another dangerous milestone however, occurred on 29 January 1965. Malik El-Shabazz testified before the Illinois Attorney General who was investigating NOI activities. It may have been his death warrant with the NOI.

On 4 February 1965, he went to Selma, Alabama to speak at an AME church in support of voting rights, strengthening relations with the SCLC who was conducting a voting rights campaign. Stressing the importance of support for a global Human Rights Movement, on 5 February 1965, Malik El-Shabazz went to London for a speech. He planned similar speeches in Paris and Geneva, but was not permitted to enter France, so he returned to London where he gave yet another speech.

A day after returning to New York, his house was firebombed in the early morning of 14 February 1964. In the face of such turmoil, he remained committed to the larger purpose of his ideals. That same evening, he gave his last major speech in Detroit. Three days later, his family was evicted from the firebombed house. El-Hajj Malik El-Shabazz was feeling the heat. Everyone around him knew it.

On 20 February 1965, El-Hajj Malik El-Shabazz informed Alex Haley of his doubts that the NOI had the capabilities to independently conduct many of the threats and harassment he witnessed. His suspicions were well founded because he trained NOI members and knew their organizational limits. For example, the NOI could not conduct wiretaps to access his travel itinerary. Yet, NOI agents greeted Malik El-Shabazz arriving at every domestic airport and delivered phone threats when only his inner circle knew his hotel.

On 21 February 1965, El-Hajj Malik El-Shabazz was assassinated by a handful of NOI members. Eyewitnesses testified that a squadron of policemen amazingly appeared in the Audubon Ballroom only moments after shots rang out. An assailant was quickly apprehended on-site and another was apprehended 5 days later. Coincidence? Looked more like coincidence plus convenience. 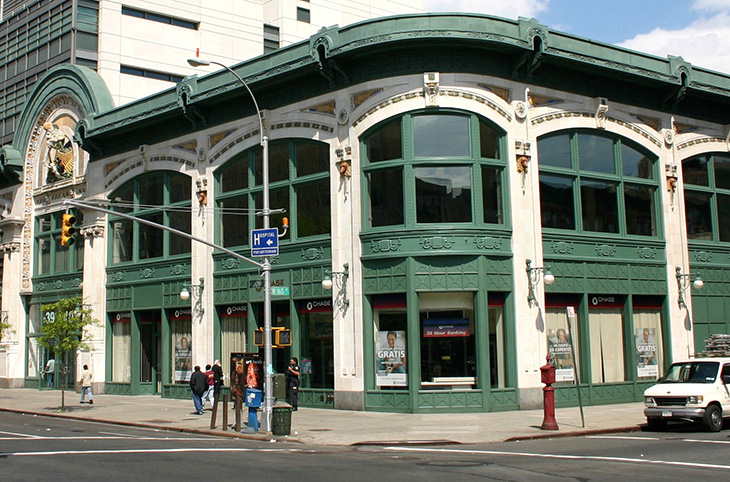 In conclusion, Malcolm X carries some blame for his gaffe about JFK’s assignation, but the weight of the evidence points to the NOI leadership for allowing fatal conditions to escalate. Most disturbing is that J. Edgar Hoover, a sworn public safety servant, shares responsibility for Malcolm’s death by magnifying anger to bump off a “Black Messiah”, then do nothing to prevent it.

Hear Malcolm X’s riveting and thought provoking speeches online. Many lessons he taught still apply today. You can learn much more about his teachings at the Malcolm X and Dr. Betty Shabazz Memorial and Educational Center in Upper Harlem.