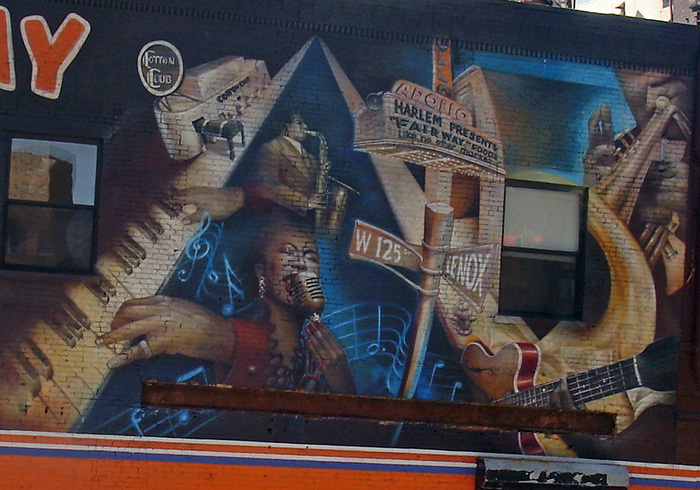 Harlem, The Heart of African-America

Harlem is at once classic and fresh. From 1920s Renaissance, to 1950s Civil Rights Movement, to 1970s drug culture, and to its 2000s Rebirth that represents many things, sometimes argumentative, to many people. But two things everyone agrees about — Harlem is a magnetic and its never boring.

Harlem, stretching from 110th Street to about 151st Street, began its a special calling to African-Americans when T. Thomas Fortune’s New York Age newspaper began publicizing local attractions to them. That quickly triggered White Flight from 1900-1910. At the same time, African-Americans were being driven out of their neighborhoods, in what is now called Penn Station and Lincoln Center.

African-Americans followed the newspaper ads to cheaper rents in Harlem. Real estate interests who overbuilt, were unable to find sufficient white tenants. Economic necessity made them sell properties to the Afro-American Realty Company in 1910.

The Afro-American Realty Company, headed by Phillip A Payton and Charles Anderson, both protégés of Booker T. Washington, put his words into action. Payton and Anderson felt that the only way African Americans could make it in America and New York, is if the “race got a bank book.” Harold Cruse notes in the Crisis of the Negro Intellectual, “The operations for the Afro-American Realty Company spearheaded the growth of Black Harlem by either leasing or buying apartment dwellings that could not be rented to Negroes”. As the Afro-American Realty Company bought up sections of Harlem, whites fled, and a wave of Blacks from the South and the Caribbean came to the area, tripling New York’s black population. In fact, Manhattan borough in New York City became the largest black populace city in the United States by 1920.

This population increase, combined with access to patrons of all colors who supported entertainment, arts and literature, fueled the Harlem Renaissance. That is how Harlem became home to the largest number of the black intellectuals and artists in American history from the 1920s-50s.

It is home to two of the oldest Black churches in America, Mother AME Zion Church and Abyssinian Baptist Church. Marcus Garvey paraded the ideals of Black Nationalism down Lenox Avenue. New York Amsterdam News chronicled the gradual integration of Black life into mainstream life from the 20th to the 21st century. Harlem nightclubs and ballrooms are where Duke Ellington, Dizzie Gillespie, Ella Fitzgerald, Billie Holiday, Miles Davis, Chick Webb, Fletcher Henderson and most Jazz artists reached the height of their powers.

In the 1930s, millionaire Madame C.J. Walker opened hair salons and Joe Louis celebrated some of his most famous victories here. The mysterious Father Divine headquartered his religious empire in Harlem that helped feed thousands during the Great Depression. Dr. Martin Luther King Jr. gave his most famous Stop the Vietnam War speech at Riverside Church in Harlem. It was a hotbed for supporters of the modern Civil Rights Movement, at Abyssinian Baptist and Canaan Baptist churches in particular. Harry Belafonte grew up in Harlem. Sidney Poitier, Ossie Davis and Ruby Dee slept at the Harlem YMCA while refining their craft at its theatre. Adam Clayton Powell Jr. and Malcolm X led Black empowerment rallies on Lenox Avenue.

During that period, Malcolm X came to the forefront of America’s consciousness. He energized the local mosque for the Nation of Islam, and became the mouthpiece of a new intellectual Black Nationalist Movement. After separating from the Nation of Islam in 1964, Malcolm chose Harlem as the launching ground for his new movement, the Organization for African American Unity before his death in 1965.

For years the Dance Theatre of Harlem has prepared gifted children for exciting lifestyles in the performing arts. For scholarly pursuits, no other building holds a richer archive of Black history than Schomburg Center for Research in Black Culture. In such times, jazz musicians and composers such as Duke Ellington, Louis Armstrong, and many others were well patronized, allowing them to put jazz in finishing school as a major art form in the cultural center of America. Langston Hughes, Countee Cullen, W.E.B. Du Bois, and Zora Neale Hurston kept it real while cultivating minds across America.

Harlem went through a long period of depression after the riots of April 1968, when most of Black America blew up in the outrage of Dr. King’s assassination. With fewer business loans to rebuild, Harlem took it on the chin. Just to get something built for temporary jobs, many politicians were happy to get federal and state grants to build poor people warehouses (“Projects”) in Harlem. Many of housing projects where built over historic sites without placing a historic marker.

That was the last straw for Harlem’s Black middleclass who migrated to the suburbs or elsewhere in droves. The delicate balance of an economically healthy Harlem fell so far, that you couldn’t find a bookstore here for two decades.

Credit is due to Magic Johnson, Mother AME Zion Church and Abyssinian Baptist Church for keeping the faith baby. In the 200s, their hard work gathered the resources to both build and attract redevelopment of 125th Street and Lenox Avenue. Then the Apollo Theater attracted enough patronage and funding to renovate. Today, you see white performers coming to the Apollo Theater for a kind of “Hipness Blessing” and people of all stripes shopping on 125th Street. Fear not protectors of black culture, you will never forget that you are in our Harlem.