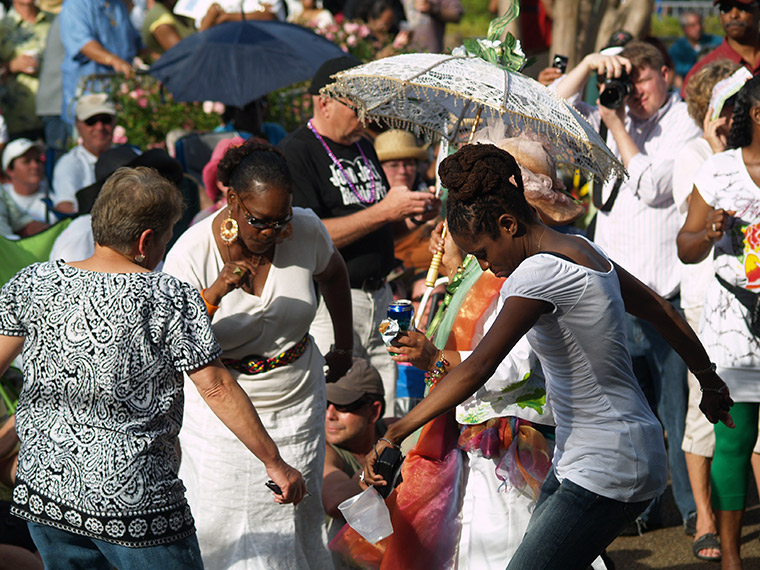 President Thomas Jefferson executed the Louisiana Purchase in 1803 to gain control of New Orleans. The city was the most critical port in North America at that time because it is near the mouth of Mississippi River, yet far enough inland to avoid most hurricane damage. Purchase occurred in The Cabildo, which is now a major museum in the French Quarter. Land outside New Orleans, which extended from Louisiana to Oregon, was practically a throw-in asset by the French, even though it doubled USA territory.

Even today, New Orleans remains one of the busiest ports in America.

New Orleans has over 35,000 structures on the National Register of Historic Places. Thats 15,000 more than its closest competitor, Washington DC.

Nearby farms produce 100 million of the fast reproducing Mudbugs (“Crawfish”) each year.

Louisiana is second in energy production in the nation, with 11% of U.S. petroleum and 19% of America’s natural gas reserves.

About 40% of all seafood consumed in the USA comes from Louisiana.

Jazz was born in the Storyville District of New Orleans.

The War of 1812 was fought to maintain America’s independence from Great Britain. Its last battle was fought in New Orleans.

Few cities in the world have as many celebrity chefs and restaurants as New Orleans, including Dooky Chase, Emerils, K. Paul’s Louisiana Kitchen, Latrobe’s and Antoine’s.

Skyscrapers in the Central Business District west of Canal Street were a product of the oil-boom during the 1970-80s.

Considering that the dice game “Craps” was popularized here, it is not surprising that waterfront casinos have returned.

About 80% of New Orleans is below sea level.

New Orleans has been seen in hundreds of movies from A Streetcar Named Desire to Deja Vu.

The Streetcar system is expanding. One day, the Desire Streetcar may return.

Many New Orleans cultural traditions were spread around the world by these native sons and daughters and immigrant residents: