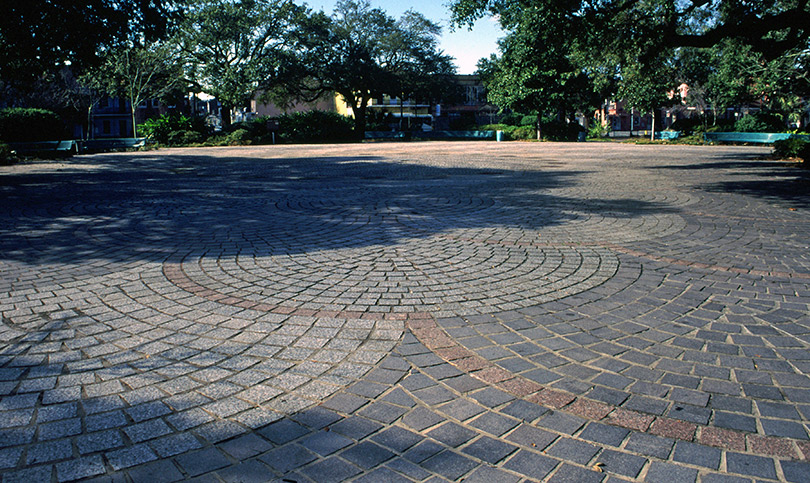 Though molded by Native American, African, French, Spanish, English and pirate cultures, its strategic location also made New Orleans a prime chess piece of war and statecraft. New Orleans was destined to be anything but ordinary. Founded in 1718 as a French Colony by Jean and Pierre Le Moyne, New Orleans was ceded to Spain in 1767. Then a great fire in 1788 forced the city to rebuild. New Orleans was ceded back to France in 1800. The French sold it to the United States in the Louisiana Purchase of 1803. During all of the political back and forth, slave trade remained a constant. That led to a slave uprising in 1811.

Unlike many enslaved Africans who stopped for a time in the Caribbean islands, many Africans were shipped directly to New Orleans bringing their unfiltered culture with them. African slaves worked the plantations and mansions in and around New Orleans. Those enslaved people gathered in Congo Square. Most Native Americans receded into swamp areas surrounding the city. But those who stayed had interracial liaisons with Africans along with French and Spanish slave-owners, which created a mixed race with a collage of cultures, the Creoles.

The French and Spanish governments tried to prevent race mixing, but there is no controlling human passion. With the Louisiana Purchase, the United States acquired a multi-cultural society, full of Catholicism and the West African religion Voudon. Quadroon balls and Black mistresses were common dalliances of the white male gentry. Valuing the privilege of their light complexion in a complex, but nonetheless racist society, Creoles distanced themselves from African and Native American brethren. They did little to publicly advance the human rights of their blood ancestors. Regrettably, some even owned slaves in New Orleans.

Yet race relations in New Orleans are not explained so easily. From today’s perspective, it seems incredulous that at the start of the Civil War, hundreds of free African Americans, not just Creoles, fought on the side of the Confederacy! After the Civil War, African Americans were allowed to acquire a temporary cache of political power within the governing Republican Party.

When the Democrats won political power in 1867, they enacted many local laws tinged with white privilege and racial separatism. Segregated streetcars, schools, and public accommodations were quickly implemented. Such racism negatively impacted Creoles, who began receiving the same horrid treatment as African Americans. Retro-racist mistreatment caused internal strife between Creoles and others in the Black community. But all strife was not internal. In 1900, there was a race riot in the city in which European Americans terrorized all people of color.

Since that time most Creoles and African Americans united in common interests through hard work and cooperation to create a thriving African American community. They founded several Black colleges including Xavier and Dillard. This environment of racial mixture, abrupt cultural separatism, social turmoil then cooperation, and then entrepreneurial zest created a gumbo of ingredients for the birth of jazz.

Despite tremendous social gains made through entertainment that stretched across racial lines for patronage and participation, Jim Crow was alive and kicking in New Orleans. Police harassment was a constant. White flight began with arrival of freeways and malls. The NAACP, other Black leaders and national civil rights victories pressured Mayor Chep Morrison and the city council to open up African Americans access to political power in the city. This happened in 1978, when Earnest “Dutch” Morial became the city’s first Black mayor.

Prior to Katrina, African Americans comprised 60% of the city and fueled a large number of small Black businesses appreciated by all visitors. Like all of New Orleans, the return of conventions and festivals has been painfully slow to a city so dependent on tourism dollars. The good news is 2008 is approaching pre-Katrina convention and festival levels.