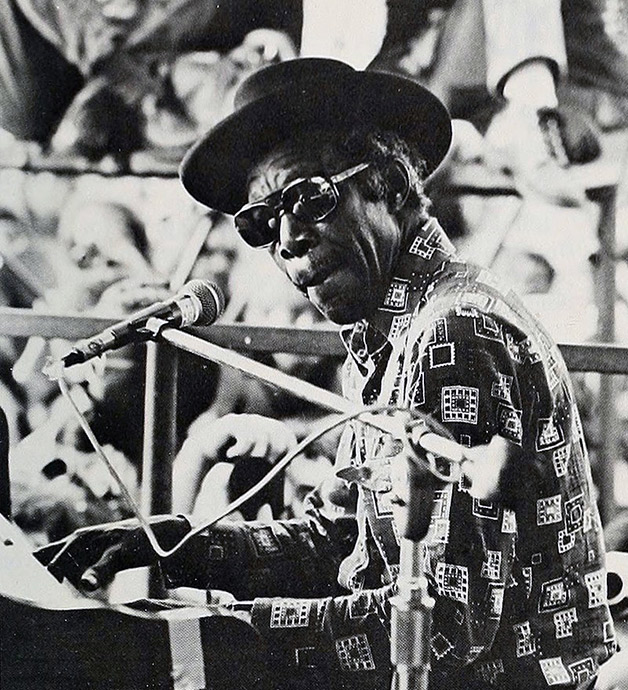 New Orleans Blues does not easily come to mind, but it should. Professor Longhair and many other only-in-New Orleans character want to make sure yo do.

It has been said that the Blues has always been the idiom that defined how people defined music. It is the underlying motif of Gospel, Jazz, Soul Music, and Rock n’ Roll traditions that borrow heavily from it.

Originally derived from celebratory lyrics sung by enslaved Black laborers of the South in the late 19th Century, the Blues was just that — a vocal musical form that expressed how people felt. When free African Americans moved northward at the turn of the century, these a cappella vocalizations came to be accompanied by the harmonica, guitar and piano, later leading to the divergent styles we recognize and love today – Blues, Jazz and Soul Music.

In the Mississippi Delta region, particularly New Orleans, horns and extensive piano stylings coupled with story-tellling, uplifting lyrics and plodding, complex rhythms were known as New Orleans Blues. Early Blues divas here included Bessie Smith, named the greatest of the classic Blues singers of the 1920s; Ma Rainey, billed as the Mother of the Blues and generally credited with the rise in popularity of Blues music in America at that time; and Irma Thomas, discovered by bandleader Tommy Ridgley in 1959 and known as the Soul Queen of the Blues.

Other Blues greats who made their mark here were Little Brother Montgomery, Sugar Boy Crawford, Tuts Washington, Champion Jack Dupree and Professor Longhair. A self-taught pianist noted for his boogie-woogie piano-work and distinctive lyrics depicting some of life’s unattractive aspects, Dupree is said to have personified New Orleans Blues.

Professor Longhair, (Henry Roeland Byrd) on the other hand, was arguably the most influential exponent of the New Orleans Blues style with his widely recognized rocking, raucous piano signature fusing Cuban rumba currents into an Afro-Caribbean sound peppered with traditional Blues piano-style. He was so revered that Tipitina’s nightclub in the French Quarter is named after a song he wrote by the same name.

Throughout the years, the Blues has become a major influence on American popular music, and is expressed today in nearly all musical forms from modern classical, to R&B, Rock and Roll, Country, and of course, Jazz. Consequently, New Orleans role in the early commericalization of that musical genre is second only to Memphis. Today, the annual New Orleans Jazz & Heritage Festival has as many Blues artists as Jazz artists. Now you know why.