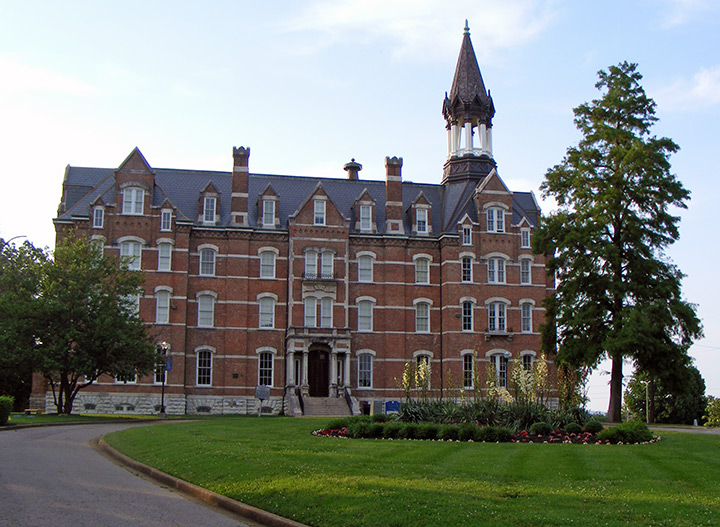 Roger Williams University
DESCRIPTION: One of four colleges founded in Nashville for freed slaves, began in 1864 as bible classes in the home of Daniel W. Phillips, a white Baptist minister from Massachusetts. The school was funded by the American Baptist Home Mission Society of New York, its goal to prepare ministers and teachers. In 1929, the school merged with How Institute of Memphis, which is now called LeMoyne-Owen College.
ADDRESS: Vanderbilt University, Peabody Campus at 21st Avenue, South, Nashville, TN MAP

Belle Meade Plantation
DESCRIPTION: Known as the “Queen of the Tennessee Plantations”, the 1853 Greek Revival mansion was the centerpiece of a 5,400-acre plantation, world renowned as a thoroughbred stud farm and nursery in the 19th century. The mansion and its grounds tell the story of the plight of African Americans from slavery to freedom. It was here that the original owner boarded horses for the wealthy and neighbors such as President Andrew Jackson, and transformed the property into a world-renowned Thoroughbred stud farm and nursery.  In addition to the mansion, there was a Carriage House, stables, and numerous other outbuildings including slave cabins. Today, the original log cabin, mansion, carriage house and seven other historic outbuildings including a replica of the slave cabins stand, in addition to an antique carriage collection, a restaurant and museum shop.
ADDRESS: 5025 Harding Road, Nashville, TN MAP
PHONE: 615-356-0501
WEBSITE: http://www.bellemeadeplantation.com

Cameron-Trimble Neighborhood
DESCRIPTION: Its the oldest surviving African-American neighborhood in Nashville. The name Trimble comes from the owner of the plantation once situated here and on which the Colored Troops of the Army of the Cumberland began their December 1864 attack on General Hood’s Confederate Army troops in the Civil War Battle of Nashville.
ADDRESS: Fourth Avenue, Lafayette Street, Ewing Ave and railroad tracks, Nashville, TN MAP

Citizens Bank
DESCRIPTION: In 1904, the One Cent Savings Bank, now Citizens Bank, became the first black-owned bank in Tennessee and the second oldest continuously operating bank of its type in the US. Though located downtown, this area is a historically black business district.
ADDRESS: 401 Charlotte Ave, Nashville, TN MAP

WVOL Radio Station
DESCRIPTION: Along with 92Q radio station, WVOL was previously owned by operated by Sam Howard, one of Nashville’s most successful black entrepreneurs and past chairman of the Board of Governors of the Nashville Area Chamber of Commerce. These are the city’s only radio stations primarily targeting African Americans. Oprah Winfrey got her start in on-the-air journalism on WVOL radio station.
ADDRESS: 1320 Brick Church Pike, Nashville, TN MAP
PHONE: 615-321-1067
WEBSITE: http://wvol1470.com