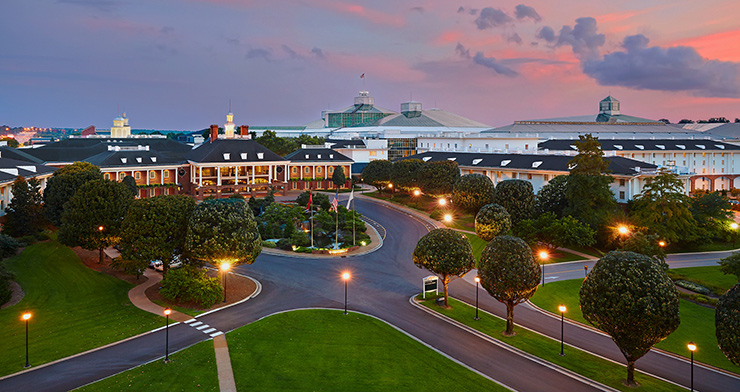 Printers Alley
DESCRIPTION: A lively collection night clubs and restaurants located in an old alley that used to have a large number of printing companies. Today, it hosts Bourbon Street Blues & Boogie Bar, the Fiddle and Steel Guitar Bar to name just a few; takes its name from Nashville’s early printing and publishing industry, then located in the immediate area. It also became the center of the city’s nightlife and serviced the hotels, restaurants, and saloons fronting on Fourth Avenue, which was known as the Men’s Quarter in the late nineteenth century. Nightclubs opened here in the 1940s. As late as the 1960s, Nashville was home to over 36 Printing Companies. Without the country music business, Nashville could have been known as one of the largest printing capitols of the world.
ADDRESS: 211 Printers Alley, Nashville, TN MAP
PARKING: plenty of garage parking nearby
PHONE: 615-401-6100
WEBSITE: http://www.theprintersalley.com

Tennessee State Capitol
DESCRIPTION: Looks today like it did when completed in 1859. The location of many civil rights marches outside, it is more pleasant to view inside now that African Americans also serve in the state legislature. Several areas, including the first floor hallway, library and Supreme Court chamber, have been restored to their 19th century appearance. A permanent Civil War and Reconstruction exhibit highlights Tennessee as a primary battlefield of more than 400 battles and Tennessean Andrew Johnson became the country’s 17th president in 1865 after President Abraham Lincoln was assassinated. He is the infamous President who terminated the “40 Acres & Mule to former slaves” field order immediately after President Lincoln was killed. In conflict with the U.S. Congress over reinstallment of southern states, Johnson was the first president to be impeached.
ADMISSION: Free
DAYS & HOURS: guided tours Mon-Fri 9a-4p; closed holidays
ADDRESS: Charlotte Ave between 6th and 7th Streets, Nashville, TN MAP
PARKING: paid lots nearby and street parking
WEBSITE: http://www.tnmuseum.org

Bicentennial Capitol Mall State Park
DESCRIPTION: This state park is a 19-acre outdoor museum set at the foot of the State Capitol downtown. Serving as a lasting monument to Tennessee’s Bicentennial celebration, it is here that visitors and locals alike enjoy strolling among the various representations of the city and state in a park setting. There is a Pathway of History, a 1,400-foot Wall of History engraved with historic events that have occurred over the past two centuries. The Tennessee Map Plaza is a 200-foot granite state map highlighting major roads, state counties and rivers, while the Railway Trestle stands as a reminder of the importance of railroading in Tennessee’s history. Rivers of Tennessee Fountains contain 31 vertical water fountains, one for each of the predominant waterways in Tennessee, and the Walkway of the Counties contains a time capsule from each of Tennessee’s 95 counties. Other highlights include the World War II Memorial, clusters of Tennessee flags, Civilian Conservation Corps Memorial, 2,000-seat Tennessee Amphitheater, visitor center and the gift shop.
ADDRESS: 600 James Robertson Parkway MAP
PHONE: 615-741-5280
WEBSITE: https://tnstateparks.com/parks/bicentennial-mall

Nashville Farmers Market
DESCRIPTION: You can tell a lot about a place just by looking at how they shop for fresh produce, fish and meat; a long time favorite, even for tourists; the first phase of the renovation of the interior Market House is underway to update the interior and enhance food presentation and seating.
ADDRESS: 900 Eighth Avenue North, Nashville, TN MAP
PARKING: paid lots nearby and street parking
PHONE: 615-880-2001
WEBSITE: http://www.nashvillefarmersmarket.org

The Hermitage
DESCRIPTION: Restored from pre-Civil War days state as a public museum and National Historic Landmark; it gives visitors a sense of American history from the perspective of President Andrew Jackson and his racist views of Native Americans, white men moving west, slavery and freedom after the Civil War, the changing roles of women, religion and reform, and fortunes made from cotton are the stories of Jacksonian America. As the extensively restored home of Andrew Jackson, The Hermitage welcomes 250,000 visitors each year.
ADDRESS: 4580 Rachel’s Lane, Hermitage, TN MAP
PHONE: 615-889-2941
WEBSITE: http://www.hermitage.org

Music City Walk of Fame
DESCRIPTION: A landmark tribute to those from all genres of music who have made significant contributions to the musical heritage of Nashville and contributed to the world through song or industry collaboration; inductions are held in November to coincide with the Country Music Awards and in April during Grammy Music Award Week.
ADMISSION: Free
ADDRESS: Country Music Hall of Fame sidewalks
PARKING: paid lots nearby and street parking
WEBSITE: http://www.visitmusiccity.com/walkoffame

Gaylord Opryland Resort
DESCRIPTION: Under majestic, climate-controlled glass atriums, you’ll be surrounded by nine acres of lush indoor gardens, winding rivers and pathways where you can unwind, shop, dine, and be entertained. Highlights include a 44-foot waterfall, laser-light and fountain shows, and tours aboard Delta Flatboats inside the hotel. Experience the nearby Grand Ole Opry®, enjoy a lunch or dinner cruise; you may have heard about the 2010 Nashville flood dealing a harsh blow to the this resort; in fact, 71 million gallons of water had to be pumped out before it could be restored by up to 1300 people per day. There is Victorian garden room, view of the atrium and plenty other nips and tucks to make this a must-visit.
ADMISSION: Free to tour
ADDRESS: 2800 Opryland Drive, Nashville, TN MAP
PARKING: free on premises
PHONE: 888-777-6779
WEBSITE: http://www.gaylordhotels.com/gaylordopryland