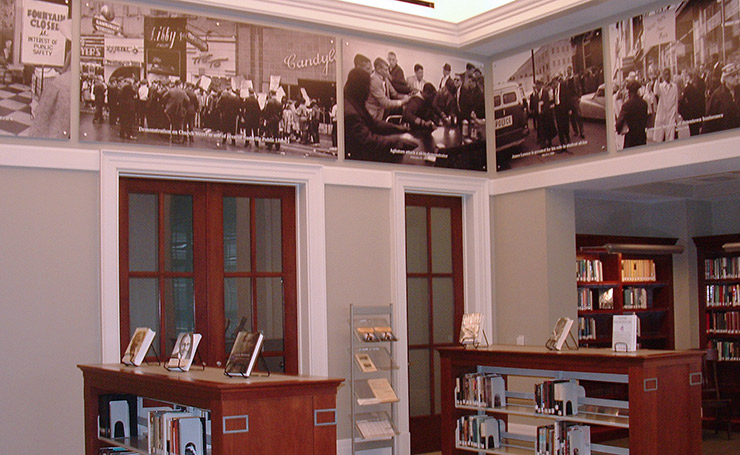 Its easy to think of the 1954 Brown vs. Board of Education Supreme Court Decision, 1955 Montgomery Bus Boycott, 1957 Little Rock 9 integrating public schools, 1960 Greensboro Lunch Counter Sit-in, 1960s Birmingham Bombings, 1963 Medgar Evers assassination in Jackson and the March on Washington, 1965 Selma-to-Montgomery Marches, and 1968 MLK assassination in Memphis as geographic milestones of the Civil Rights Movement, but many other cities made equally significant contributions. Through lower in national profile, some cities contributed guiding philosophy, organizational manpower, huge amounts of money to bail people out of jail, hosted conferences to recruit activists and win support from mainstream media. Nashville is such a city.

Few people realize that one of the smartest aspects of the Nashville Civil Rights Movement impacted America. Religious and student leaders met in Nashville to formalize the “Ten Rules of Conduct for Civil Rights Movement Sit-ins.” These were standards of behavior for effective sit-ins, such as being polite and courteous at all times, regardless of how you are treated. Well-groomed protesters were trained in and carried documents of these rules with them during demonstrations and sit-ins. These rules of conduct were important because they marketed the Civil Rights Movement as a positive brand image that attracted national media coverage, money and empathy for the cause.

On 19 April 1960, nearly 4,000 people marched in silence to Nashville City Hall to protest the early morning bombing that partially destroyed the home of black attorney and councilman Z. Alexander Looby. He defended many of the sit-in demonstrators.

The following day, Dr. Martin Luther King, Jr. spoke at Fisk University, “I came to Nashville not to bring inspiration, but to gain inspiration from the great movement that has taken place in this community.” This quote is featured as the lunch counter backdrop here. Dr. King found inspiration here because Nashville desegregated public places, sooner and with fewer incidents than all other Southern cities. In 1959 and 1960, activists launched the Nashville sit-ins to challenge segregation in downtown stores. Where did Nashville draw such moral and intellectual leadership years before other American cities. 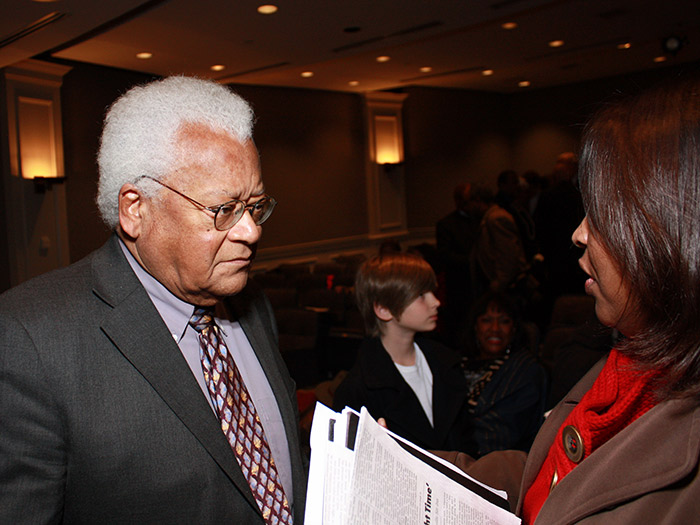 The best evidence acknowledges and praises the brave intellectual, Rev. James Lawson (born 1922). While a freshman at Baldwin Wallace College in Berea, Ohio, Lawson joined the Fellowship of Reconciliation (FOR), an organization founded by A.J. Muste, and he joined the Congress of Racial Equality (CORE). Both FOR and CORE advocated nonviolent resistance to racism in America. A larger organization, CORE conducted sit-ins and freedom rides in several northern cities in the late 1940s, preceeding the segregated southern cities.

Consistent with those principles of nonviolence, James Lawson declared himself a conscientious objector for the draft in 1951. He served fourteen months in prison for refusing to take either a student or ministerial deferment. After his release from prison, Lawson went as a Methodist missionary to Nagpur, India, where he studied the principles of nonviolence resistance that Mohandas Gandhi and his followers developed. He returned to the United States in 1955, entering the Graduate School of Theology at Oberlin College in Ohio.

One of Lawson’s Oberlin professors introduced him to Rev. Dr. Martin Luther King, Jr., who led the Montgomery Bus Boycott and also embraced Gandhi’s principles of nonviolent resistance. Dr. King urged Lawson to come South. History records that Lawson quickly heeded the call, moving to Nashville and enrolling at the Divinity School of Vanderbilt University. There he became the southern director for CORE conducting nonviolence training for Dr. King’s Southern Christian Leadership Conference (SCLC). Lawson mentored students at Vanderbilt University, Fisk University and other colleges in the tactics of nonviolent direct action. Lawson trained many of the future leaders of the Civil Rights Movement, including John Lewis, Diane Nash, James Bevel and Marion Barry. Along with other activists in the South, they formed the Student Nonviolent Coordinating Committee (SNCC) in April 1960.

Feeling pressure from unenlightened faculty and alumni supporters, Vanderbilt University expelled Rev. Lawson as a result of these activities. That expulsion ultimately became an embarrassment to the university, one of the celebrated incidents of the Civil Rights Movement and elevated Rev. Lawson to a national profile.

Unbowed by Vanderbilt’s rejection in 1962, Rev. Lawson became pastor of Centenary Methodist Church in Memphis. In 1968, when black sanitation workers went on strike for higher wages, union recognition and safer work conditions, Rev. Lawson served as chairman of their strike committee. Once again he played a pivotal role in the legacy of Dr. King. He invited Dr. King to Memphis in March-April 1968 to dramatize the sanitation worker’s struggle, which had adopted the slogan I Am A Man. Dr. King was assassinated in Memphis on 4 April 1968.

During the 2006 graduation ceremony, Vanderbilt University apologized for its treatment of Rev. Lawson. He also became a member of Vanderbilt faculty.

To remind the world that Nashville has progressed and made major civil rights contributions, the Ten Rules of Conduct are engraved on the ten glass countertop surfaces on the table of the Civil Rights Collection of the Nashville Public Library. Several large-format photographs are displayed on walls surrounding the lunch counter illuminate the integration of public schools in 1957, the lunch counter sit-ins and the events of 19 April 1960, when nearly 4,000 people marched in silence to Nashville City Hall to protest the early morning bombing. Nashville Public Library is located a block below Church Street, the epicenter of 1960 Nashville Sit-ins.