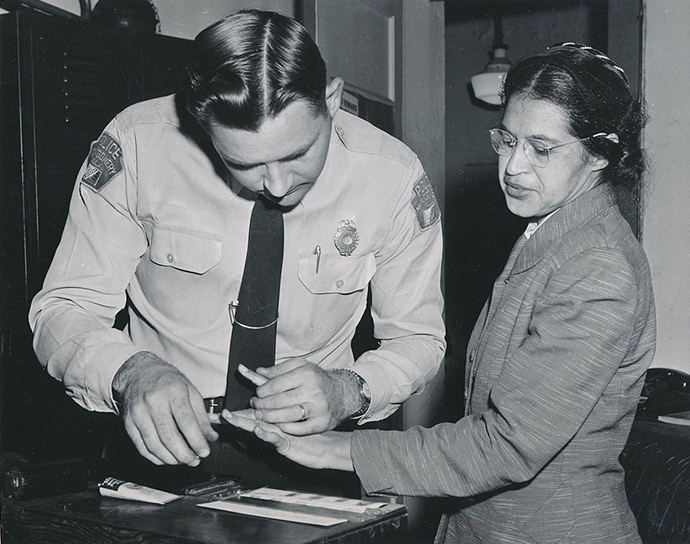 Rosa Parks fingerprinted for riding in the front of the bus

Montgomery was incorporated in 1819 as a merger of two towns situated along the Alabama River. It became the state capital in 1846.

Montgomery has a large military presence due to Maxwell Air Force Base.

Montgomery has a population of nearly 205,00.

Montgomery is the capital and the birthplace of the Confederate States of America.

The Alabama Department of Archives is the oldest state-funded archival agency in the nation.

Montgomery has also been recognized nationally for its downtown revitalization. It was one of the first cities in the nation to implement Smart Code Zoning.

These residents lived in Montgomery or Selma: