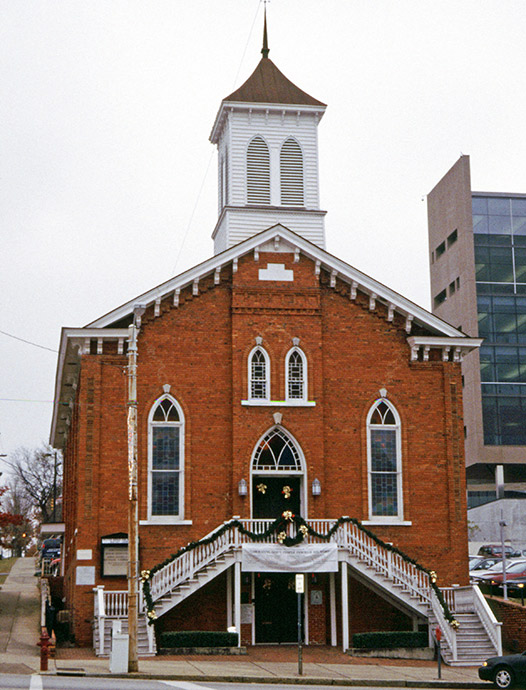 Modern Montgomery’s history begins in 1814, when General Andrew Jackson built Fort Jackson on the old site of Fort Toulouse. Shortly afterwards the US-Creek Indian War ended — 20 million acres of land was ceded to the US government. The city incorporated in 1819 and Alabama was admitted to the Union. By 1846, Montgomery was named state capital. City founder Andrew Dexter, had earlier donated the hill at the top of Market Street (now Dexter Avenue) where goats grazed. The nickname “Goat Hill” remains today.

Selma, located 54 miles west of Montgomery, was incorporated in 1820 and given the name by William Rufus King, who was one of Alabama’s first U.S. senators. In its heyday, Selma was the cotton capital of Alabama and a cultural center for the state.

Our nation changed based on actions invoked in Montgomery on 11 January 1861. On that date, Alabama seceded from the Union and Montgomery became the “Cradle of the Confederacy” by serving as the first capitol of the Confederate States of America. On 18 February 1861, Jefferson Davis was inaugurated Confederate President on the capitol steps. On 11 April 1861, the telegram ordering Confederate soldiers to fire on Fort Sumter was sent from the Winter Building on Dexter Avenue, thus beginning the Civil War. For political and military reasons, the Confederacy moved its capitol to Richmond, Virginia in May 1861.

One of the last battles of the Civil War was fought in Montgomery on 2 April 1865. Towards the end of the war that April, the volunteer Black Fire Brigade saved Montgomery from burning like Atlanta, when 88,000 bales of cotton were safely set ablaze to prevent confiscation by Union troops.

Sandwiched between the Civil War and the Civil Rights Movement, are two remarkable events indicating tremendous progress for mankind. In 1887, the city’s street railway became the first electric trolley system in the Western Hemisphere. In 1910, Orville and Wilburn Wright established the nation’s first school for powered flight in Montgomery at what is now Maxwell Air Force Base. The first night flights in aviation history also take place here.

For a region that gave birth to the Confederacy, it was impossible for its white citizens to stay fixed on high-minded ideals. When Northern troops left in 1877, so did the Reconstruction Era. Their piercing hatred of African Americans’ newly found civil rights during Reconstruction quickly took the forefront. Black Codes were passed left and right. The Supreme Court, in its most immoral and unjust decision, approved “Separate but Equal Treatment of the Races” in the Plessy vs. Ferguson decision of 1896, empowering states like Alabama reverse most gains of black citizenship.

By the 1900s, America’s Jim Crow Apartheid was singing in full regalia with Alabama leading the chorus. But as so often happens in history, from great pain is born great joy — the Civil Rights Movement from Dr. Martin Luther King becoming pastor of Dexter Avenue Baptist Church, Montgomery Bus Boycott and the Selma-to-Montgomery March.