You are here: Home1 / U.S. Cities2 / Molokai3 / Sister Finds Her Soul On Molokai 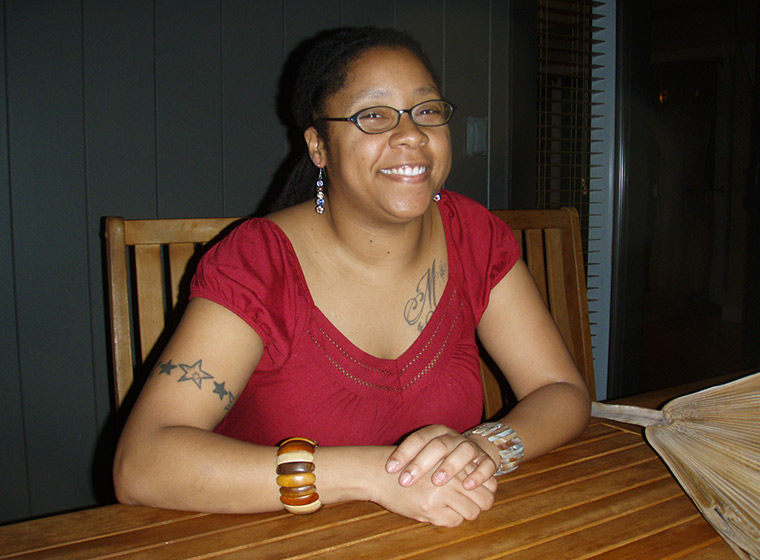 A Sister Finds Her Soul On Molokai

Moloka’i lured African-American Chef Mia Gaines-Alt to its tranquil shores five years ago, and she has never looked back.

The Oakland, California native garnered national acclaim as a contestant on the second season of Top Chef, a reality cooking competition. The season’s finale was filmed on Kona, bringing her to Hawaii for the first time. Within a year, she’d applied for a chef’s position at Hotel Moloka’i and was hired.

“I flew out here, and the minute I got off the plane, I felt like I was home,” she says. She knew about the island, Father Damien and the Leper’s Colony from school. “I just never had the opportunity to visit. And the visit ended up becoming permanent.”

Mia is currently writing a cookbook that shows the similarities between Hawaiian fare and soul food. “For example, we eat collard greens, they eat lau-lau stew, which is very similar,” she says, of a dish also called “beggar’s purse.”

It consists of pork or fish wrapped in a Lau Lau leaf, then put in a ti leaf “and steamed forever,” according to Mia. “It totally reminds me of collard greens. But instead of a pot, it’s all in a bundle.”

Hawaiians and soul food fans also share a love for barbecue, which is Mia’s specialty. She calls herself a barbecue-ologist.

Before her Top Chef adventure, Mia served up soul food at “Feed the People,” a restaurant her family owned in Oakdale, CA. The menu also boasted fried chicken, meat loaf, and collard greens. It was a favorite among the locals, many of whom were cowboys.

Located in Central California, Oakdale wouldn’t win any NAACP awards for its embrace of diversity. Mia recalls customers who wouldn’t set foot in “Feed the People.” But that didn’t keep them away from her fried chicken. Some repeat customers had the food brought to their cars. One woman ate inside but always brought her own silverware.

Mia’s encountered nothing but goodwill on Moloka’i. “We’re just one big ‘ohana,’” she says, using the Hawaiian word for “family.”

The Gaines-Alt-Ingram family is so much a part of the community that Mia’s youngest daughter, Lily-Anne, is becoming fluent in Hawaiian, and her mother, Wanda, has founded the island’s first gospel choir at King’s Chapel Church. “She’s got them praising the Lord on Moloka’i,” Mia says.