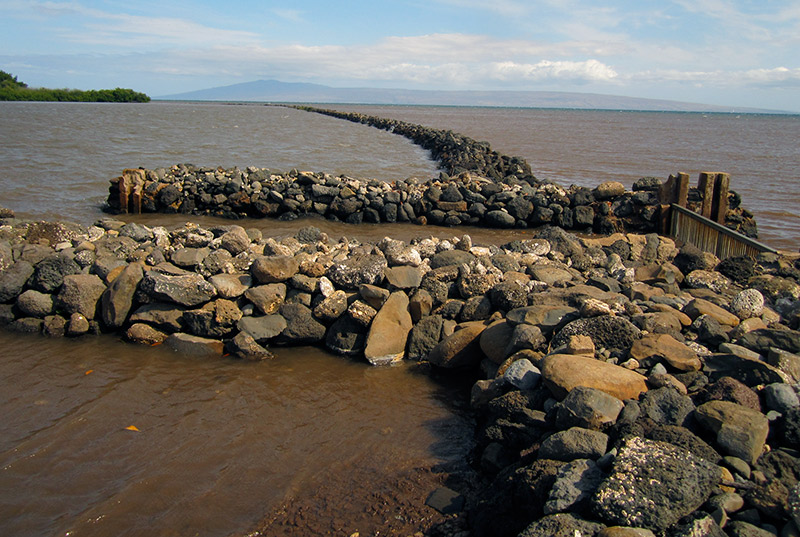 In the 13th century, when wealth was associated with food production, Hawaiians considered Moloka’i the richest of the islands because of its 60 fish ponds. They produced an overabundance of seafood at Ali’i Fishpond. A visit to one of the few remaining ponds offers a unique glimpse into Moloka’i’s past.

Jeanette Valentine said, “we are fortunate enough to have representatives from the nonprofit Ka Honua Momona give an overview and tour of the restored Ali’i Fishpond on the island’s south shore.” The mission of the organization, whose name translates as “the fertile land,” is to promote sustainability with an emphasis on education.

Though the term “sustainability” is modern, the practice of it on Moloka’i dates back centuries. The fishponds are rock walls built to trap, grow and harvest fish for consumption, an early example of what’s now known as aquaculture. Ali’i means royalty, and our group gathers to see the process by which fishermen cultivated fish for crowned heads in days gone by. 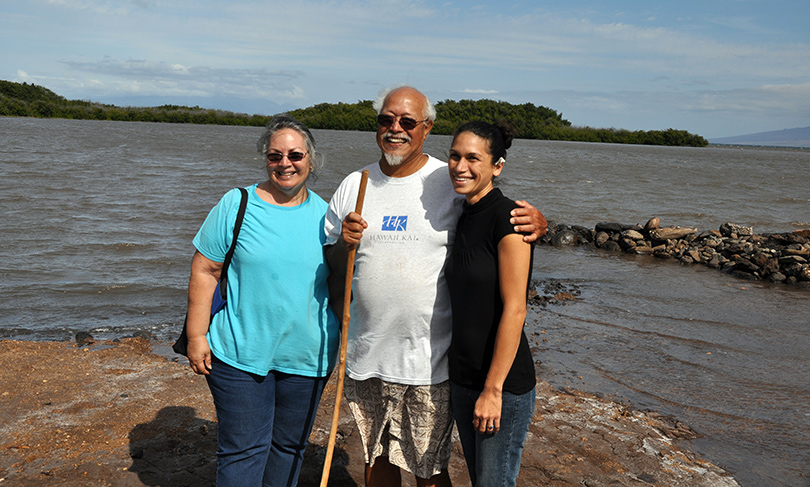 “The fishpond, let me assure you, is not just a tourist attraction,” says Herbert Hoe, vice president of Ka Honua Momona. “It was never intended to be a tourist attraction. This was intended to take care of our people. But it is important that we share this message, not from a point of tourism, but from the origin of who we are.”

The tour itself is a brief viewing of the pond. The value comes from hearing and absorbing the history and future plans of aquaculture on Moloka’i. It’s a lesson rich with the spirit of the island.