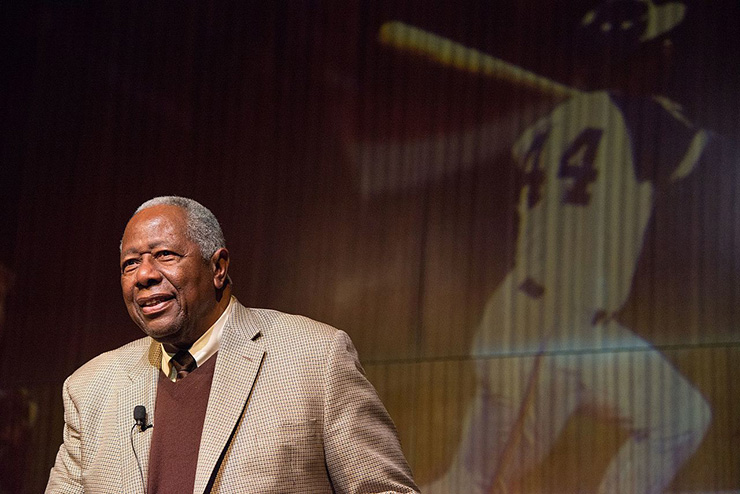 The correct pronunciation of the city’s name is “Mo-beel”, per its French founders describing the Maubilla Indians. Eventually the name became spelled “Mobile”.

Mobile is the Azalea Capital of the World, displaying more than 50 varieties in colors from white to translucent lavender.

Mobile is home to the original Mardi Gras in America, instituted in 1703, years before New Orleans adopted the celebration.

Modern Mobile derives more than half its annual wealth from waterborne commerce.

Notable residents born or made their mark here:

Hank Aaron – Baseball’s all-time leader in Home Runs (755), Runs Batted In (2,297), Total Bases (6,856), and 3rd in hits (3,771); Hammering Hank led National League in home run’s and RBI 4 times each and batting twice; MVP in 1957 and won 3 Gold Gloves; played in 24 All-Star Games; major roadways and a stadium in Mobile have been named after him; played for the Milwaukee and Atlanta Braves

Satchel Paige – The most celebrated pitcher in Negro Leagues Baseball; he was finally drafted into Major Leagues Baseball in his 40s and pitched into his 50s; eventually played for the Cleveland Indians

Ozzie Smith – The most celebrated defensive mind shortstop in the history of Major Leagues Baseball; played with St. Louis Cardinals

Billie Williams – Played for the Chicago Cubs and nicknamed “Sweet Swingin’ Billy”; for many years was the Cubs all-time home run hitter

Lil Greenwood – Duke Ellington discovered her in 1958 and worked with him until his death in 1974; Ellington introduced her to work with Sarah Vaughan, Eartha Kitt, Count Basie, and Ella Fitzgerald.

Charles Smith – One of the nation’s premier handcraft design potters.