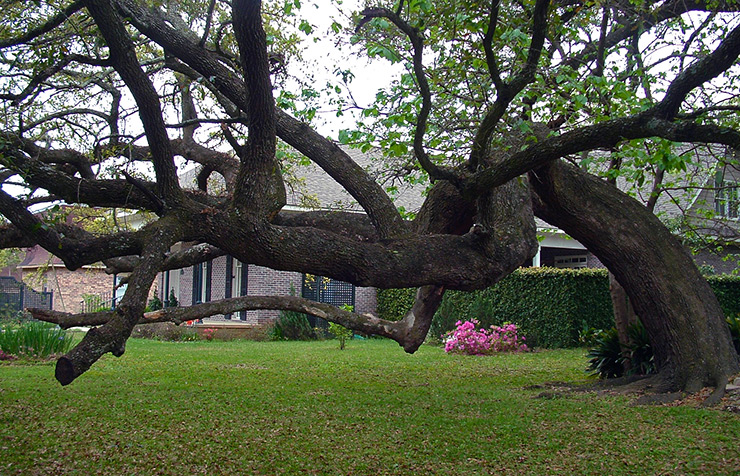 Like most of early America, Mobile History begins with Native Americans welcoming European explorers, then unsuccessfully defending their land against European settlers. In 1519, Spaniard Alonso Alvarez de Pineda, with four ships, sails from Jamaica to explore the northern Gulf Coast. Among his discoveries are the River and Bay of Espiritu Santo, identifiable as Mobile River and Mobile Bay. Pineda remains forty days in a large Indian village at the mouth of the river, trading with the natives while repairing his ships. In 1528, Panfilo de Narvaez, in a fleet of makeshift boats, coasts by the mouth of Mobile Bay. He contacts, trades with, and fights local Indians, who are mainly fishermen.

Between 1685-1693, in response to the threat of French presence on the Gulf Coast, the Spanish, based in northern Florida, commission reconnaissance, which resulted in the re-exploration of Mobile Bay. But a settlement did not ensue immediately. By 1699, the French colony of Louisiana is established. The main settlement is first at Biloxi, then later moved to 27-mile bluff on the Mobile River. The French explore Dauphin Island, Mobile Bay, and the Mobile River Delta, establishing friendly relations with the native inhabitants.

The City of Mobile was founded in 1702 by the French in their bid for American Empire. In 1711, the settlement moved to its present location where the Mobile River and Mobile Bay meet, making it an important center for the Louisiana Territory.

One of the principal streets in the new settlement was Dauphin, named for the son of King Louis XIV. Under the Spaniards who ruled from 1780-1813 the street was St. John or Galvez Street. When Americans took possession of the land in 1813, the street was renamed Dauphin.

In 1762, the English blockaded Mobile Bay and seized the land. France ceded Louisiana to Spain, but the English held on to Mobile. Next year, the French Government signed the Treaty of Paris by which Mobile was organized as a part of British West Florida.

Since the founding of the city to 1800, Mobile had imported a significant share of the 1 million Africans brought to America for slavery. As a major port on the Gulf of Mexico, most Africans imported here were targeted at the thriving cotton and rice plantations of Alabama. European American citizens enjoyed wealth from all the commerce, as the city’s principal commercial corridor, Dauphin Street acquired a national reputation for exceptional quality. In 1806 the oldest Black church in lower Alabama and one of the oldest in America was founded, Stone Street Baptist Church.

Though interrupted by a great fire in 1839, Mobile enjoyed prosperity from 1815-1861 as the second largest international seaport on the Gulf Coast. Cotton, rice and lumber growing centers in Mississippi and Alabama shipped those commodities down river for exportation at the Port of Mobile. An excellent location in lower Mobile Bay for vessels requiring deep anchorage, the number of wharves increases to more than forty. Further driving the engine of commerce was the completion of the Mobile and Ohio railroad during this period.

In 1860, a ship called the Clotilde carrying 116 African slaves sailed into the Mobile harbor. Though slavery was legal in the South at that time, importing slaves had been barred since 1808, making the ship’s arrival a breach of federal law. Some assert that the ship’s captain transferred slaves from the ship into Mobile, others contend that the crew abandoned ship. All agree the Clotilde was burned and sunk to hide the crime. A handful of those Africans escaped bondage to settle in Magazine Point, which was considered undesirable swamp land near Mobile. Today, their descendants call the area Africatown. Its cemetery has the graves of Clotilde’s descendents and all of the headstones face the Bay, as if gazing toward that ship.

Due to its highly fortified entrance to Mobile Bay, staunch military leadership and location on a bluff, in 1865 Mobile was the last major Confederate city to surrender to Union forces during the Civil War.

The Church Street District is a historic Black neighborhood, the Henry Aaron Loop, named after the native Mobilian and official MLB All-time Home Run King, encircles the downtown area. Old Patton Hall belonged to one of the wealthiest Black families in Mobile. There are several noteworthy cemeteries including the Veteran’s and Church Street Cemeteries, two of the oldest containing the remains of many Civil War veterans, Joe Cain, and several Buffalo Soldiers. And the old Central High School, now called Bishop State Community College, stands as one of 14 Historically Black Colleges and Universities in the state.

Mobile seemed to be less affected by the Civil Rights Movement. That is not to say that Mobile lacked racial issues, rather that the city had less extreme racial issues due to its location at the southern tip of the state and racially diverse maritime commerce after the Civil War.

Some long-time residents say that during the Civil Rights Movement, many prominent Black Mobilians disagreed with the methods utilized to bring about social change. Moreover, it has been said that at one time Dr. King wanted to speak in Mobile, but a group of local Black clergy composed a letter asking him not to come. They believed that his methods were too divisive for their community. In all likelihood their real fear was violent repercussions like the Civil Rights Movement experienced in Birmingham and Montgomery.

Today, African Americas have become a political force in Mobile. from the President of the City Council, to the County Commission, School Board, and Chief of Police and Convention & Visitors Bureau. More brothers and sisters are returning to live here.