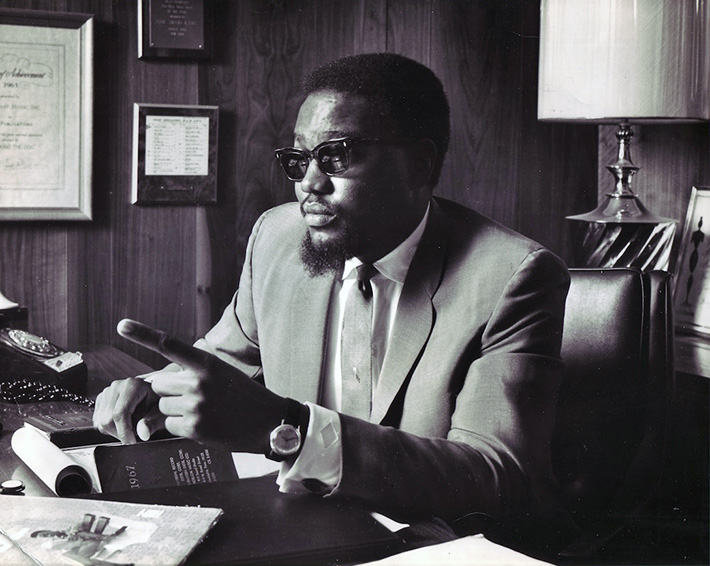 Doo Wop began on street corners, nightclubs and theatres of Chicago, Detroit, Philadelphia, New York City and Los Angeles and was known for it’s a cappella group vocals that evolved from Early R&B. You can imagine brothers harmonizing on the corner. Peanut sang tenor until the girls gave up their phone number. Ray Ray and Bobby sang baritone to keep it real. When Earl brought in that deep bass, Betty said, “Come over when you’re finished with the boys.” It went down something like that.

Many music historians point to the Ray Charles record, I Got A Woman, as the birth of Soul Music. Ray recorded the song as a fusion of R&B and Gospel-like call and response vocals for Atlantic Records in New York City. It debuted on the radio airwaves in December 1954 and reached #1 on the R&B chart in 1955. But Ray never tied himself to one music genre or location. If he had done both, perhaps his style of Soul Music would have been widely emulated and NYC would have been considered the birthplace of Soul Music. Ray’s ever-changing music style and journey left the door open for more artists and cities to become the “Collective” Fathers of Soul Music.”

In 1956, Sam Cooke recorded Lovable, a Gospel-R&B song in New Orleans that we would identify as Soul Music. But for fear of alienating his Gospel fans, the record was released under a different artist credit, “Dale Cooke” and became a hit record on the R&B charts, because no one called it Soul Music at the time. For several years Sam Cooke recorded pop and lounge music in NYC and LA to expand his marketability beyond African-Americans. Fortunately, every year Sam released a crossover album, he also performed Soul Music concerts that maintained connection with African-Americans. Had he lived longer, there is compelling evidence that Sam planned to focus the majority of his SAR recordings, publishing and concert efforts on both Soul and Gospel Music. 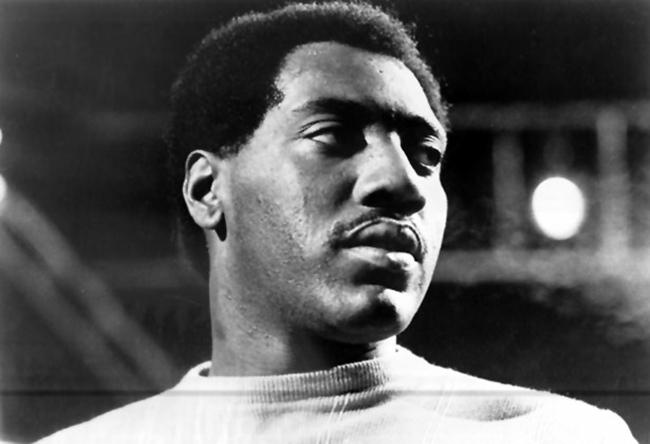 The enigmatic vocalist Jackie Wilson also deserves credit for pioneering Soul Music. In late 1956, Jackie recorded Reet Petite, an R&B-Gospel fusion song co-written by Berry Gordy, that became a R&B hit in 1957. Jackie Wilson, split from Barry Gordy and pursued pop music to reach the crossover market. But he could never consistently get the right recording material and musicians to make Soul Music hits. Thus, his career became plagued with “What ifs.”

Also in 1956, James Brown recorded the furious soulful ballad, Please Please Please as a single record. Given that James Brown (1933-2006) lived longer and produced a larger body of Soul Music standards than Ray Charles (1930-2004), Sam Cooke (1931-1964) and Jackie Wilson (1934-1984) combined, he deservedly became the “Godfather of Soul.” All of those seminal Soul Music recordings were done outside Memphis.

In 1957, a banker, Jim Stewart begins recording country music in his wife’s uncle’s garage in North Memphis, thereby launching Satellite Records. In 1958, Stewart moved his recording studio to Brunswick, Tennessee. Stewart’s sister Estelle Axton, mortgaged her home to pay for better recording equipment and became co-owner of the company. Jim Stewart remained president. Recognizing the importance of Memphis as a business and artistic hub for the record company, Satellite Records moved back to Memphis in the old Capitol Theater on McLemore Avenue in 1959. With such a bootstrapped, white-ownership and country music legacy, few would have forecast that the company along with Motown, would become one of the three major record companies to make Soul Music a widely recognized genre by the mid-1960s.

In 1960, WDIA disc jockey Rufus Thomas and 16-year old daughter, Carla Thomas recorded Satellite Records first hit, Cause I Love You. Later in the year the Mar-Keys, a local multi-racial R&B band, released an instrumental called Last Night that became Satellite’s second hit in 1961. William Bell had the company’s third hit called, You Don’t Miss Your Water. It was released at Christmas-time 1960 and became a hit.

1961 ushered in a big marketing change when another record company registered the name “Satellite Records” before Jim Stewart and Estelle Axton could do so. So the brother-sister tandem renamed their company STAX Records by combining the first two letters of their last names, St and Ax to form “STAX.” The socially progressive company also broke new ground by establishing a multi-racial atmosphere for vocalists, musicians, writers, producers and office staff. This atmosphere made it easy to attract and develop top regional talent of all colors.

In 1962 the Mar-Keys evolved into Booker T & The MGs, which added a horn section to become the house band of STAX Records. Otis Redding, who idolized Sam Cooke, brought his singing and writing talent from Georgia. Black vocalists and composers joined their multiracial musicians to create a Soul Music signature that had a more spontaneous raw, Southern, Gospel-R&B sound than the more polished sound of Motown, Atlantic and several Chicago record companies.

Though it maintained output of new records, by 1965 STAX found it harder to compete with Motown for the loyalty of African-American DJs who controlled radio airplay and therefore, promotion. To many DJs, STAX was just a white-owned company peddling Soul Music. With declining radio airplay, sales lagged. In response, Jim Stewart hired Al Bell away from a Washington, DC record company and gave him a percentage of equity in STAX for his operational expertise and influence with DJs. At age 25, Al Bell became the youngest African-American Executive Director of promotion and part owner of a major record company. Showing his mettle right away, Al Bell stewarded the early careers of Sam & Dave, Wilson Pickett, Eddie Floyd, The Bar-Kays, Johnny Taylor, Staple Singers, Dramatics, as well as songwriters Isaac Hayes and David Porter.

Despite the untimely death of Otis Redding and most of The Bar-Kays in December 1967, Al Bell and the artists had company sales revenue humming with by 1968. James Alexander, an original Bar-Kay who gave up his seat on the ill-fated flight, would later be part of new Bar-Kays. Al Bell reorganized their distribution arrangements in 1968 to strengthen the bottom line, while increasing their international profile with a series of road shows and later, WattStax concert and movie. William Bell recalls STAX being so hot, that Elvis Presley dropped in for a recording session, Gladys Knight and Janis Joplin did as well. The Beatles secretly planned too, until the word got out to near riotous, adoring fans. By 1969, Al Bell acquired 50% of STAX and nicknamed the studio Soulsville USA. STAX or Soulsville if you prefer, was at the height of its powers.

Otis Redding’s session keyboardist and co-writer, Isaac Hayes, would soon rise to prominence. Enjoying artistic leeway at STAX, Isaac Hayes convinced Al Bell to release the album, Hot Buttered Soul. It was grand success in 1969, enabling Hayes to reassure STAX executives that he was the bankable heir to Redding. To fans of Soul Music, the album pushed the creative envelope of Soul Music into “Concept albums” with symphonic complex arrangements that lasted much longer than the typical 3-4 minutes.

In 1971, Isaac Hayes’s Shaft won an Academy Award as Best Original Song and a Grammy award, carving a critically accepted place for African American artists in motion picture soundtracks. The critical acclaim also agreed with the marketing moniker and enduring fan loyalty he acquired from the name of his next equally popular concept album, “Black Moses.”

STAX kept churning out the hits in the 1970s. Considering Stax’s Gospel-like Soul roots, its no surprise the Staples Singers recorded the first major Gospel-Soul-Pop mega-hit, I’ll Take You There. Mavis Staples recalls “STAX felt like Home. Everybody helped each other, sat in on sessions, added a clap, background vocal or lyric suggestion out of love and artistry, not what’s in it for me.” Mavis also liked the way Black and White musicians worked together to make the memorable STAX sound world renown.

By 1973, STAX became an American music icon. Al Bell owned 100% of STAX, though Jim Stewart continued his active role in senior management and STAX maintained its role as a major employer in the neighborhood. In 15 years, STAX placed an incredible 243 songs on the Top 40 R&B charts. It is possibly the only studio that could claim to have an artist who bridged Blues, Rock ‘n Roll and Soul Music labels — Rufus Thomas.

As fast as the 1975 market shift to Disco music, artist contract demands and local political pressures on Al Bell, STAX found itself in trouble. Financial resources dwindled to the point where STAX for the first time, a rarity for record companies that old, could not make payroll for 200 employees. Lawsuits and the loss of key artists ensued. Given his widely acclaimed business savvy and unwillingness to bail-out when the going got rough, it is doubtful that Al Bell could have done more than any other record executive to right the ship. STAX was forced by one of its largest shareholders, Union Planters Bank, to file for bankruptcy in December 1975. Under bankruptcy proceedings, the hallowed library of STAX musical assets was sold for only $1.3 million in 1977. Its building was sold for one dollar in 1981. A deteriorated structure in 1989, it was torn down. 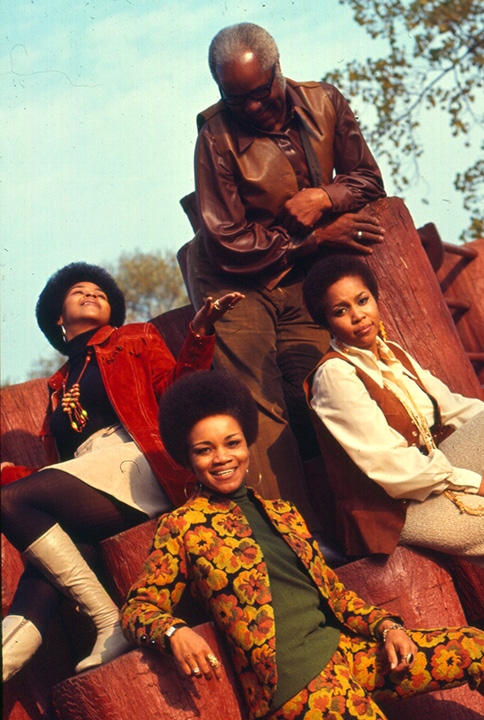 Though it never achieved the same success as STAX records, Memphis-based HI Records, with Al Green, Willie Mitchell and others, continued the Memphis Soul tradition in 1980.

The STAX Records story does not end on a sad note. The multi-million dollar Stax Museum of American Soul Music opened in 2003 with a bang. It recreates the STAX recording studio and Satellite Record Store as they existed on the original site. The complex includes major artifacts from Hi Records, the traffic-jam causing pink Cadillac once owned by Isaac Hayes, and the STAX Music Academy, which trains inner city youths to be future musicians. As the only comprehensive Soul Music museum, it represents the definitive place for Soul Music lovers to interpret and remember Soul Music, while bridging generations to continue a legacy of some of the greatest music ever produced in America.

A big hat’s off to the tireless, early STAX employee, Deanie Parker, who spearheaded efforts to make this remarkable complex come alive.