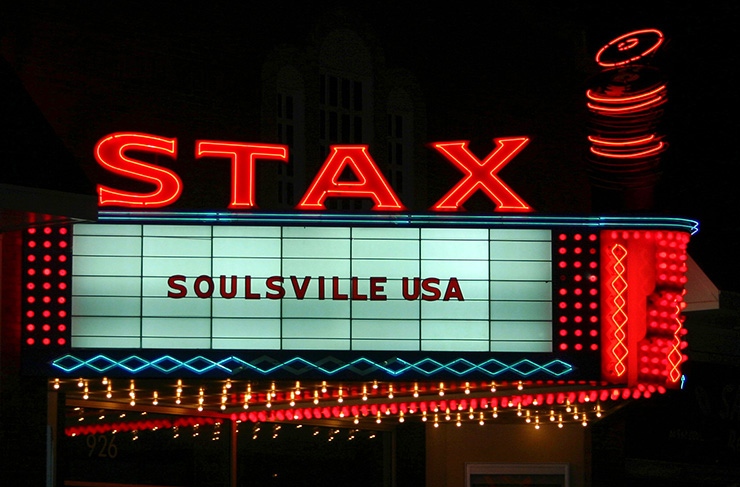 STAX Museum of American Soul Music Review
STAX Records began as a tiny record store in an old movie theater at the corner of McLemore Avenue and College Street and became one of the most important music recording studios in the world. Its contribution to Soul Music is on par with Motown. STAX recorded and marketed Rufus Thomas, Carla Thomas, Isaac Hayes, Otis Redding, the Staple Singers, Wilson Pickett, Luther Ingram, Albert King, the Bar-Kays, Booker T & the MG’s, Johnnie Taylor, as well as Rev. Jesse Jackson, Bill Cosby, Moms Mabley and Richard Pryor. Read our exclusive editorial about the history of STAX. Today, STAX Museum of American Soul Music is located at the original site of Stax Records and pays tribute to all of the artists who recorded there with more than 2,000 interactive exhibits, films, artifacts, items of memorabilia, galleries, a reconstruction of its recording studio, and interpretive exhibits. As the only Soul Music Museum in the World, it spotlights America’s other soul music pioneers, including the sounds of Muscle Shoals, Motown, Hi Records and Atlantic Records and spotlights the contributions of Sam Cooke, James Brown, Ray Charles, Ike & Tina Turner, Aretha Franklin, The Jackson Five, Ann Peebles, Al Green and many others. Preparing youths for a future in music, the multi-purpose site includes Stax Music Academy, a charter school.