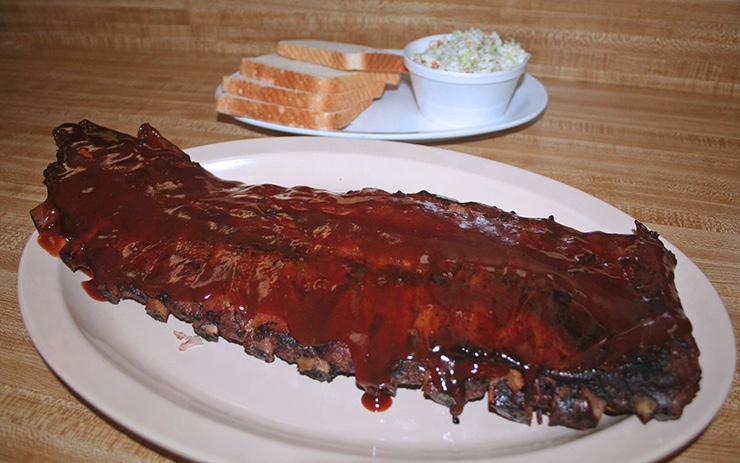 Meat lovers, rejoice! On par with Kansas City Barbecue tradition based on Beef, Memphis Barbecue tradition is based on Pork. That tradition is best expressed at the Memphis in May Barbecue Festival. That is when a large number of great barbeque restaurants around town. During the festival, thousands of people of all stripes come from around the nation to compete with local chefs’ favorite smoke and barbeque sauce recipes.

Of a soulful nature, Neely’s Barbeque Restaurants in Memphis and Nashville may well be the best. Even the beef restaurant here is as tasty as the best Kansas City barbecue.

Don’t let Memphis’ location in the Pork Belt triangle of Tennessee, Mississippi and Arkansas fool you. Though distant from Midwest cattle ranches, barbecue joints and restaurants in the city also make some mean beef barbeque along with their outstanding pork barbecue. Both are served in nice portions at reasonable prices.

The addictive barbeque sauce tends to be a balance between the honey-laced flavor of Kansas City barbeque sauce, tangy flavor of Texas Barbeque and other unknown ingredients from the Mississippi Delta. Check out these recipes:

Directions
Place pork rib slab flat on a clean chopping board. Pull off membrane. Cut off the excess fat and meat. Season both sides of the slab with Neely’s BBQ Seasoning and refrigerate for at least 8 hours. Preheat your grill at 250 degrees, using hickory and charcoal. Place the slab on the grill away from the flame (using indirect heat). Cook the slab for approximately 2-1/2 hours with the curl side up. Flip the over to finish cooking for approximately 1 hour or until you get full “bend” in the slab.