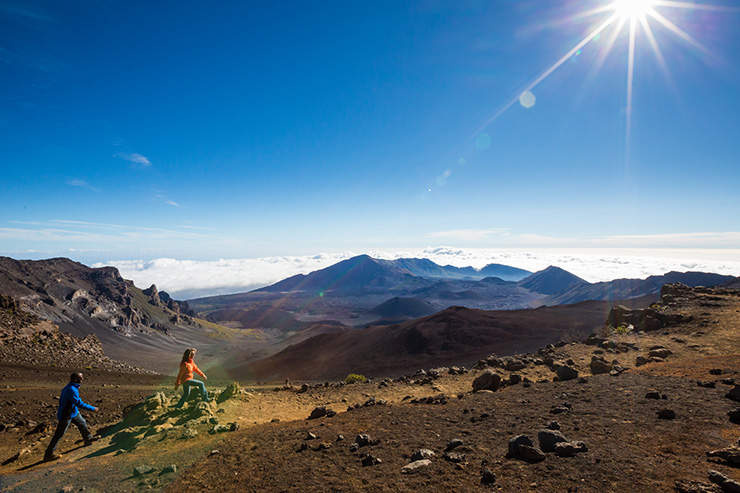 Maui is the 2nd largest Hawaiian island at 48 miles long and 26 miles wide, totaling 728 square miles. Maui has two mountain peaks and is widely known for Haleakala Crater in one of them, which locals call the “House of the Sun.”

The state of Hawaii does not observe Daylight Savings Time because mornings are equally important as evenings. When you visit, you’ll understand the wisdom of their decision.

Hawaiian tradition credits the origin of Maui’s name to the legend of Hawaiʻiloa, the Polynesian navigator credited with discovering the Hawaiian Islands. The inter-generational story says he named Maui after his son, who was named for the demigod Māui.

Kihei, a small town in central Maui, typically receives 13 inches during the winter, while Hana a small town in eastern Maui, gets 90 inches and mountainous areas can get over 400 inches! Tradewinds from the northeast at 5-15 mph moderate temperatures year round to average 71 F in Winter months and 78 F in Summer months. But volcanic activity from the neighboring Big Island of Hawaii occasionally sends over hazy air conditions. Otherwise the air is perfect. 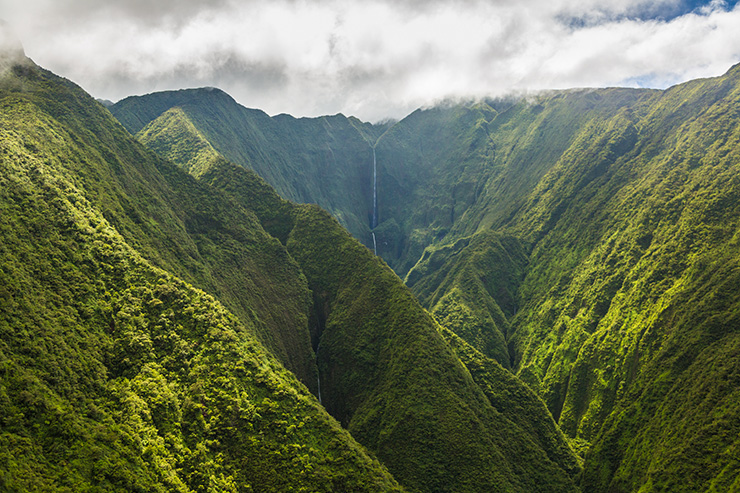 Maui rarely experiences a hurricane. Tsunami warning sirens are tested on the first Monday of each month at Noon. Only be alarmed if the sirens go off at some other time! When a rare tidal wave or hurricane is on the way, turn on the radio or television for information. High ground is close by throughout the island.

You can make phone calls or use the internet at cafes in Lahaina and other towns on the island.

Passports are NOT required for U.S. citizens. Cruise ships dock at Lahaina on the west side of Maui.

You should drink bottled water when available. Bring sunglasses, a hat and plenty of sunscreen lotion since Maui is located near the equator. Hawaii electricity standard is the same as mainland USA.

The crime rate here is less than metropolitan cities, but visitors should use common sense by not carrying valuables to the beach. In the resort areas, you can walk alone at night.

In Lahaina, Maui one sees an extraordinarily large tree. The Banyan Tree, the oldest in the state of Hawaii, came from India in 1873 at eight feet tall. Now the tree stands about 50 feet high, 200 feet wide, and shades nearly two-thirds of an acre.