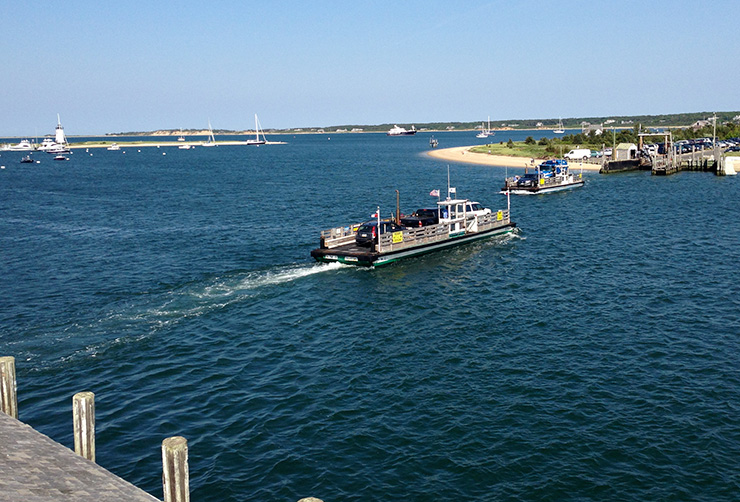 You can fly into Boston or Providence airports then take a small plane flight to Martha’s Vineyard. Most who fly go through Boston, since it has far more Transportation options arriving from around the country. Taxi stands are also located next to the Martha’s Vineyard Airport (MVY) terminal building.

You may want to ride Amtrak Acela up the Northeast Corridor, then rent a car in Providence. That way you can better enjoy the beautiful New England countryside in route to the ferry at Woods Holethat will transport you to Martha’s Vineyard.

Driving from Boston: Take State Route 3 Freeway south about 50 miles. When you cross the Cape Cod Canal, look for the exit east that connects to State Route 28. Take 28 south another 12 miles, then read the signs along the way for pointers to Wood’s Hole for Martha’s Vineyard Ferries.

Driving from Providence: Take I-195 Freeway towards Massachusetts for about 40 miles. Look for the exit to State Route 28, then cross the Cape Code Canal. Take State Route 28 south another 12 miles, then read signs pointing to Wood’s Hole for Martha’s Vineyard Ferries.

If driving to Martha’s Vineyard, make this ferry reservation well in advance, since spaces to transport cars are very limited and the ferry is very popular May-October. Many people have arrived without reservations only to be disappointed.

African American Heritage Trail of Martha’s Vineyard
An Afrocentric trail created by two vineyard educators, of historic and cultural spots relative to the African Diaspora on Martha’s vineyard; trail encompasses neglected graveyards, to pastures where slaves labored for Vineyard masters, to the home of a Harlem Renaissance writer.
PHONE: 508-693-2797