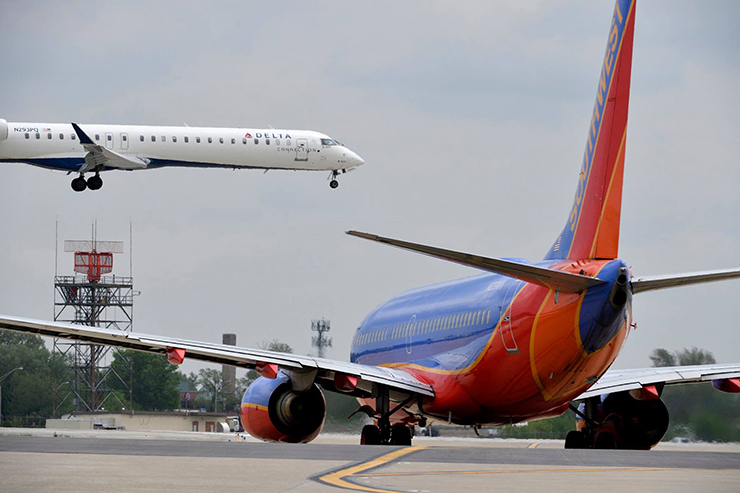 Historic stone-covered Louisville Union Station is in good shape. Unfortunately, this grand old train station has no Amtrak or other passenger service at this time. Since Louisville-Indianapolis-Chicago is designated a U.S. High Speed Rail Corridor, it is eligible for future federal funding. But its a lower priority than Cincinnati-Indianapolis-Chicago corridor, so their is no realistic date for a resumption of service.

Transit Authority of River City
This trolley is a convenient Hop-on, Hop-off system that circulates to many downtown and riverfront attractions in Louisville. The best place to catch it is at Fourth Street Live entertainment district, where you can enjoy a beverage and peoplewatch while waiting. Its runs every 10-15 minutes, depending on the weekday, weekend and after-hours. 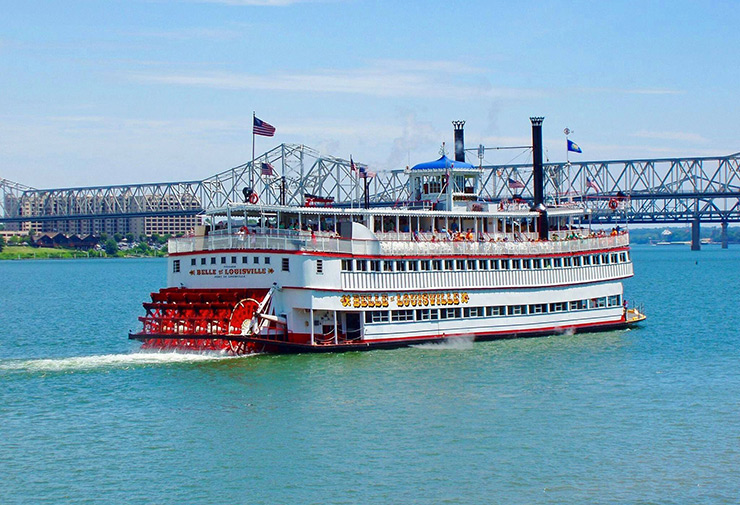 Belle of Louisville on the Ohio River

Belle of Louisville Steamboat
A National Historic Landmark and still transporting passengers along the beautiful Ohio River since 1915,she continues to beckon all who visit this fair city. For those who forgot their Civics lessons, the Ohio River is the major link between East Coast cities and the mighty Mississippi River. Before airplanes, commerce on the river shaped Louisville and to this day provides one the nicest welcomes to the city for every visitor.
ADDRESS: Fourth Street Wharf, Downtown, Louisville, KY
PHONE: 504-574-2992
WEBSITE: http://www.belleoflouisville.org

Louisville Freeway System is well matched to its daily traffic volume. Situated at the intersection of Interstate Freeways 64, 65, and 71, Louisville is only 90 minutes from Cincinnati, 2-hours from Indianapolis, 2 1/2 hours from Nashville and less than 5 hours from St. Louis. An efficient freeway network for its metro area size gets you quickly to downtown, the airport and suburbs.