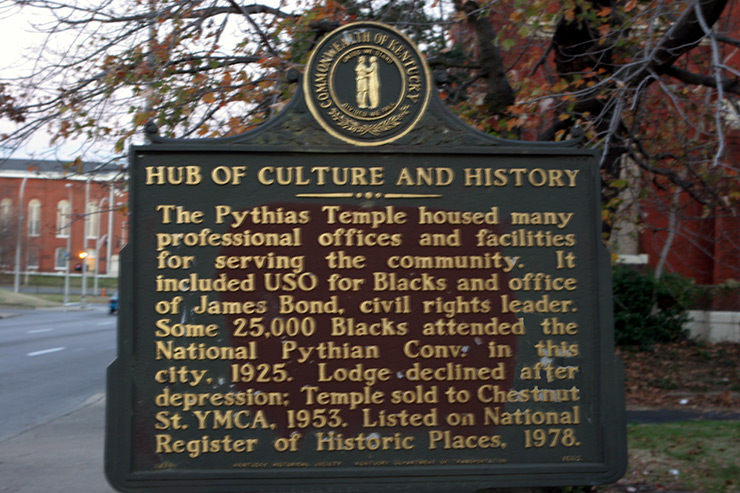 Louisville History begins when founded in 1778 by George Rogers Clark and named for King Louis XVI of France. Although many believe it to be St. Louis, the explorers Lewis & Clark actually began their expedition in Louisville about 1803. For those who forgot their history lesson, York was the enslaved guide from Louisville who helped Lewis & Clark navigate the Pacific Northwest. By most accounts, they would have been no-shows in the Pacific Northwest, if York’s skills hadn’t saved them.

The advent of the steamboat in the early 1800’s, coupled with the city’s strategic location along the Falls of the Ohio — a 375 million year-old fossil bed — sparked booming industrial development here. By 1830, Louisville secured its place as the largest city in Kentucky and one of the largest on the Ohio River, which was America’s first major river of inter-city commerce.

An important Union base of operations and major military supply center during the Civil War, the postwar era revealed the shaping of a new economy with the influx of various manufacturers. River transportation was later greatly augmented by the Louisville & Nashville Railroad that operated statewide, and following the repeal of prohibition, Louisville became the home of the world’s largest distillery — Joseph E. Seagram and Sons.

At 1865, several now historically Black neighborhoods such as Smoketown, Parkland, Berrytown, Griffeytown, Harrods Creek and Petersburg/Newburg were established within the city and county, as African Americans began to moving here.

Participation by African-Americans in thoroughbred horses has always been integral to shaping the horse racing industry, with black workers holding positions of prominence throughout, from groomers to trainers to jockeys. Initially, African-Americans only represented the lowest cost labor. Once owners stopped riding their own horses and began using jockeys, slaves were assigned that role. Some even earned their freedom by riding in and winning races.

After the Civil War when races changed from several mile heats to the shorter distances run today, the weight and skill of the jockey became much more integral to winning. As a result, newly freed African-Americans, many of them boys just barely into their teens, came to dominate the sport.

In the 1930s, 40s and 50s, Walnut Street, now called Muhammad Ali Blvd, was the hub of the African American community, as well as the location of “The Midnight Ramble.” These live musical performances took place at midnight on the many movie house stages in this area, with appearances by well-known entertainers like Redd Foxx, The Clovers, Moms Mabley, Clyde McPhatter and The Dominoes, and many others. In this time period, Cassius Clay spent his childhood in Louisville, before his name change to Muhammad Ali and religious conversion to Islam.

Louisville resident, Ed Hamilton, is adding to his resume as one of America’s foremost sculptors with hometown as his playpen. See his prominent York Monument on the downtown waterfront. He is writing a new chapter of Louisville History that resonates nationwide.