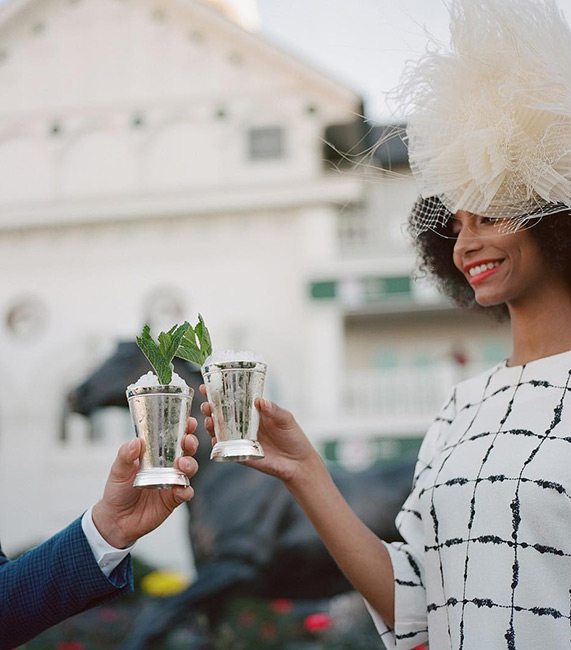 Kentucky Derby Festival
Founded in 1956, it is Kentucky’s largest single annual event, and one of Louisville’s most popular entertainment attractions; although the Festival celebrates the horse race, it is really more about the unique spirit of the community at “Derby” time, and as a result becoming a rite of Spring in Louisville. Each year estimated 1.5 million people attend 70-plus special events which also raises money for charitable organizations; Louisville, KY http://www.kdf.org

Kentucky Derby Festival Thunder Over Louisville
Held downtown over the Ohio River, it is the nation’s largest annual fireworks event, the largest attended event in this part of the country, and one of the top five air shows in the country. Its name was derived from the sound that is said to roll across the landscape like thunder. Thunder Over Louisville is the kickoff to the Kentucky Derby Festival; Louisville, KY http://www.kdf.org

Kentucky Derby Festival Great Steamboat Race
Racing a total of nine miles up and down the Ohio River, this annual race is a battle of steam between the Belle of Louisville and the Delta Queen. The Belle of Louisville, which was added to the National Historic Register in 1990, is one of six authentic paddlewheel steamboats operating on U.S. waterways. The Great Steamboat Race is preceded by the Great Steamboat Chase, and one of the more than seventy events produced by the Derby Festival in the spring.
Louisville, KY http://www.kdf.org

Kentucky Derby Festival Pegasus Parade
Annual spectacle of colorful floats, marching bands, giant inflatables, equestrians and celebrities parade down Broadway in downtown Louisville before some 200,000 spectators along a 1.7 mile route to enjoy more than 90 units of the two-hour march; West on Broadway from Campbell to 9th Streets.
Louisville, KY http://www.kdf.org

Kentucky Reggae Festival
The flavor of the islands is captured and brought right to Louisville’s back door through the Caribbean Market, ethnic foods, and of course, reggae music; Water Tower
Louisville, KY http://www.gotolouisville.com