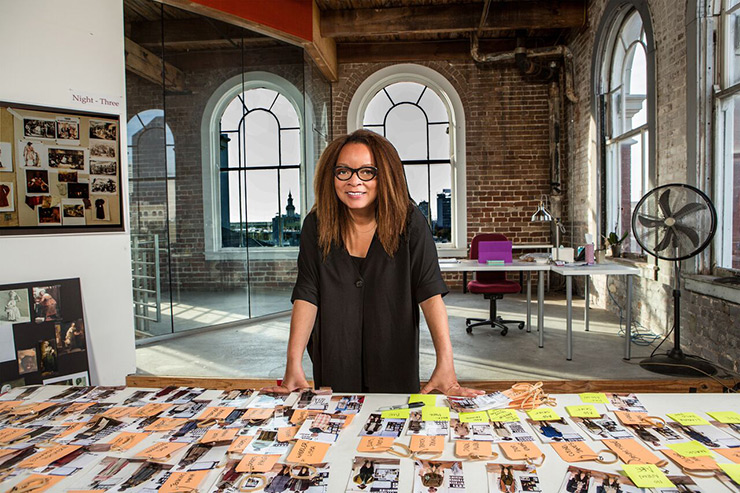 Oscar winning costume designer Ruth E. Carter says, we all knew Marvel’s Black Panther project was special, but “off the scale” reception by audiences is mind blowing. The world is seeing “us.” Carter is the super creative woman behind the stylish and statement-making garments seen in the runaway hit movie.

Ruth E. Carter was honored with an Oscar for Best Costume Design during the 91st Academy Awards ceremony on February 24, 2019. 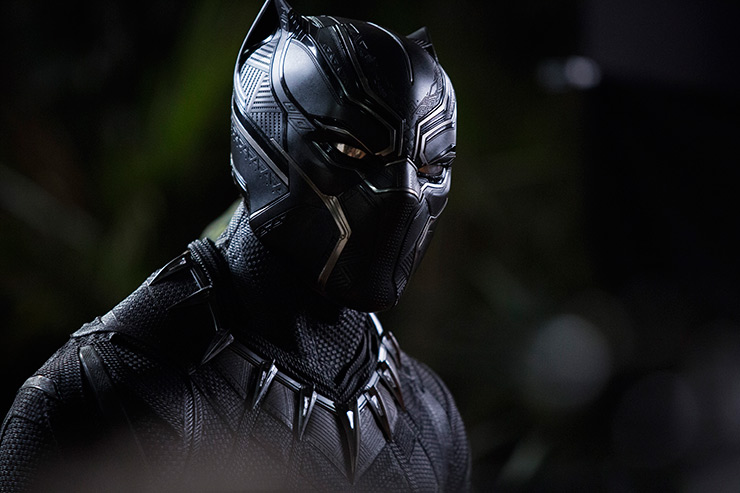 Ruth E. Carter is a name you’ve seen many many times during the ending credits of major movies for the past 30 years. Her work in Spike Lee’s Malcolm X and Steven Spielberg’s Amistad received Academy Award nominations. Other Carter creations are seen in Selma, What’s Love Got To Do With It, School Daze, the TV show Seinfeld, Frankie and Alice, and Lee Daniels’ The Butler. Her latest costume work in Black Panther has garnered a lot of praise – it’s definitely not the conventional superhero movie clothing. 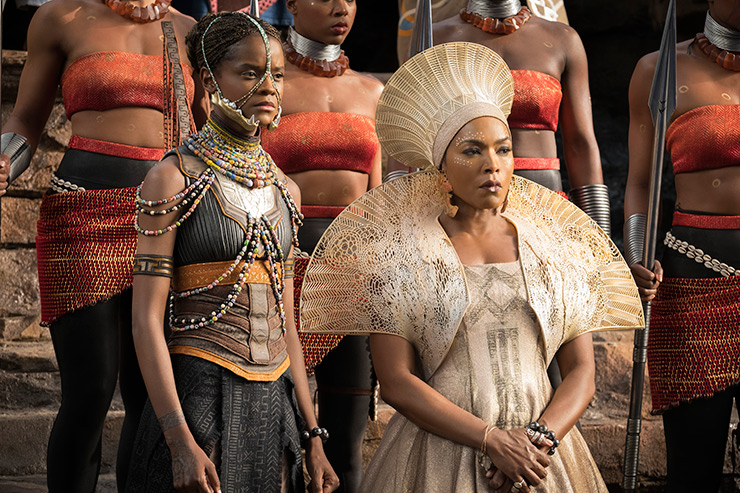 Speaking with the delightfully relaxed, upbeat and even laughing Carter, on what she called a rare calm morning for her, she shared how the concepts of clothing in Black Panther came to life and popped on the movie screen. Carter worked closely with another creative sistah, Hannah Bleacher, the movie’s Production Designer and a team of researchers. Bleacher co-won the 2019 Best Production Design Oscar.

Paul: How did your desired looks finally stitch together?

Carter: “My team really pushed me. We had a lot of ideas and incorporated them into a visual look borrowed from many groups of people of Africa to showcase a rich heritage.” 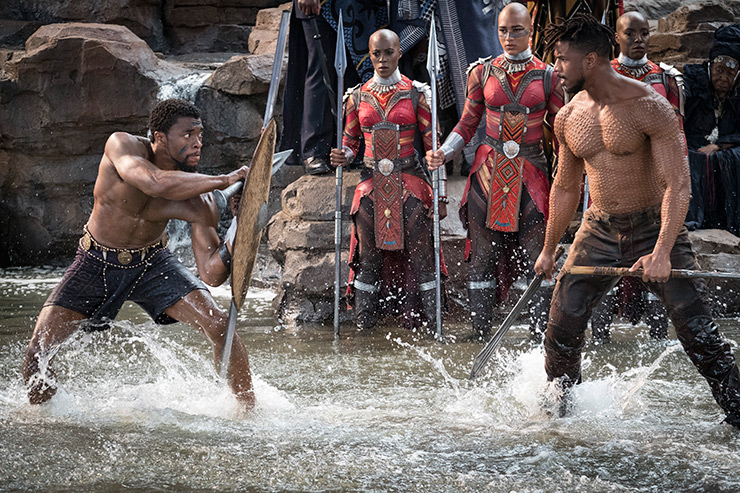 What appears in the Black Panther movie seem to be several tribal looks and symbols from the Nigerian people. There are also influences from the clothing of the Dinka, Zulu, Suri, Maasai, Turkana, and Xhosa people. The imagery of the female warriors or the Dora Milaje (the adored ones) seems to resemble a group of women called Ahosi and Mino (King’s wives or our Mothers). Another look seems to be inspired by a group of female protectors called the Dahomey of western Africa.

Carter envisioned Afro-Futurism while blending familiar garments but with the twist of incorporating hi-tech wearable functionality suitable for the nation of Wakanda.

Teresa: How did you get the unique regal look of the queen?

Carter: We used the help of 3D printer technology to sculpt the headdress and shoulder garment of Wakanda’s Queen Mother Ramonda. The queen is played by Angela Bassett. 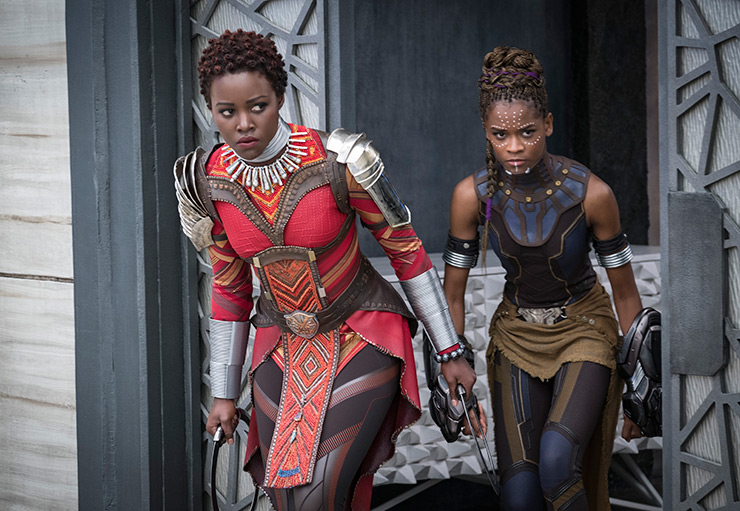 Costumes for Nakia and Shuri in Wakanda

Carter caught the showbiz bug while attending Hampton University, an HBCU in Virginia. Also attending during the time was dorm mate Robi Reed, today an influential Hollywood casting director. Carter landed opportunities in the university’s costume department. Her career course was set. She graduated in 1982 with a theater arts degree. Later on, Carter got her first major movie break when Director Spike Lee called her to work on his School Daze movie.

Carter wants future artists to know that working in showbiz as a costume designer requires long hours, true dedication to a craft and sometimes some difficult personal sacrifices, but there’s nothing else like it-nothing more rewarding. She stresses the job is about serving – creating and bringing to life the cinematic vision of the film’s director, not your own. 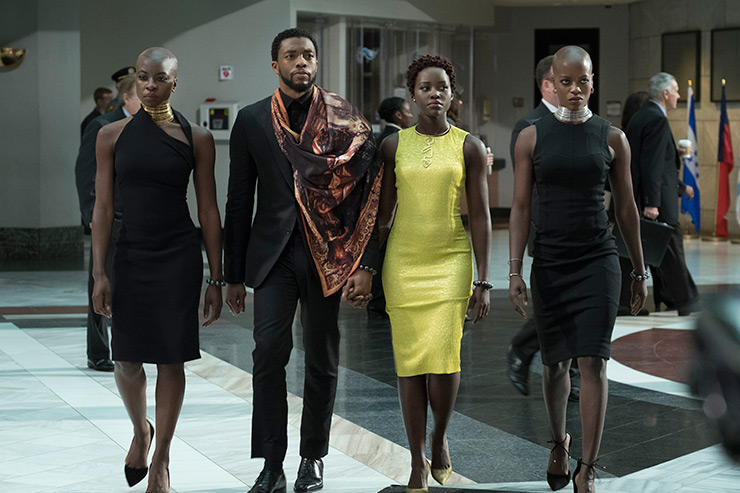 The movie: Black Panther is about a King T’Challa (Chadwick Boseman) who returns home to his country of Wakanda – cloaked in secrecy and never tarnished by Western colonization. But his rule is challenged by a conflicted rival Erik Killmonger (Michael B. Jordan).

The journeys of Paul & Teresa Lowe can also be reached at http://www.chronicletravelers.com