One Tank Getaways by Paul and Teresa Lowe

Few places on our planet are hotter in July than Las Vegas, Nevada – 116 degrees. But perhaps one of the coolest places to spend a summer weekend just might be hanging out with Emmy Award-winning TV host, game show host, radio personality and funny man Steve Harvey at his annual Neighborhood Awards show. In 2016, the show is gleefully sponsored by State Farm Insurance inside the wonderfully air conditioned Mandalay Bay Resort and Casino of the glitter city. To quote Mr. Harvey, “you ain’t never ever been to an awards show like this … it’s a real party y’all.”

Steve Harvey and his Emmy Award-winning producer, Rushion McDonald, who created the Neighborhood Awards Show weekend, say their vision is to celebrate the women, men, educators, entrepreneurs, business, religious and community leaders who uplift their neighborhoods. That in return, inspires our cities and the country. Among the awards bestowed are Best Church, Best High School, Best Barbershop and Best Community Leader. 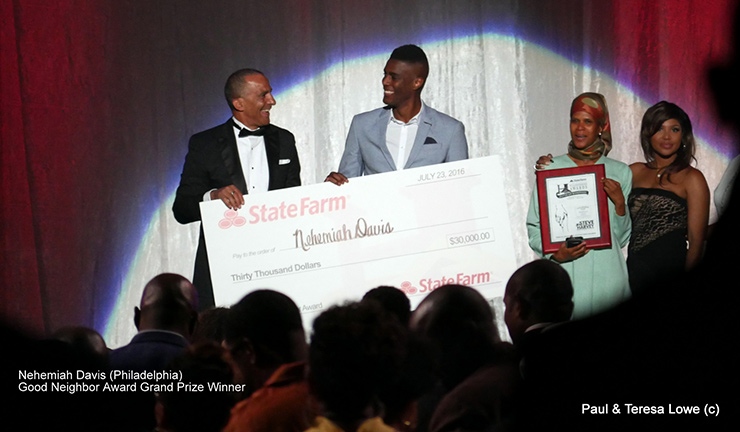 While mingling through the halls of the hotel and talking with guests, there was sense that this award show was especially poignant this year, as some Americans seem to be struggling with some of the social chatter about the country’s diversity and over all national unity. Seminar panelists, show presenters and guests engaged the challenges head on, and they did so rather humorously in a non-political tone. Kyon, attending from Houston, saying quote, “having prosperous neighborhoods is the unbreakable thread for community peace and a road map for the national.”

During intimate audience question and answer sessions, moderated by Ed Gordon, Steve Harvey shares what he calls a few tidbits of ‘getting to your success.’ Much of what Harvey suggests is surprisingly simple. He says, “first of all you must have a vision and carefully reach daily for the vision inch by inch.” He encourages folks to speak positive about objectives or goals, have faith and then jump into your dream. Don’t jump unless you have a plan for success. Without that plan, you’ll just fall into foolishness. One of Harvey’s more interesting suggestions calls for “walking away from negative friends or family members.” 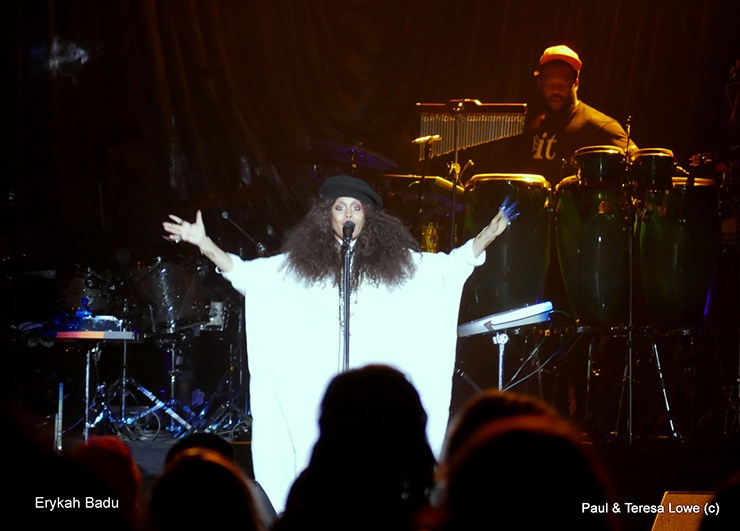 About 25,000 folks from all across the country packed the halls of Mandalay Bay casino resort for the sold out weekend show. Events including a ‘Sing Your Way’ competition for amateur performers, concerts, and a ‘Full Lives Art Gallery’ experience.

Adrienne from Tennessee saying that coming to the Neighborhood Awards Show in Las Vegas is quote, “beyond wild and really fun … just good people.” Others saying that the experience in Las Vegas is sun sensational.’ Not many awards show allow guests to mingle up close and party with celebrities and take personal photos with their favorite stars. This one does.

At the close of the show, a very humble and emotional Harvey personally thanked guests for attending the 15th Neighborhood Awards, saying he hopes everyone is leaving feeling more positive about their lives. We sure did. 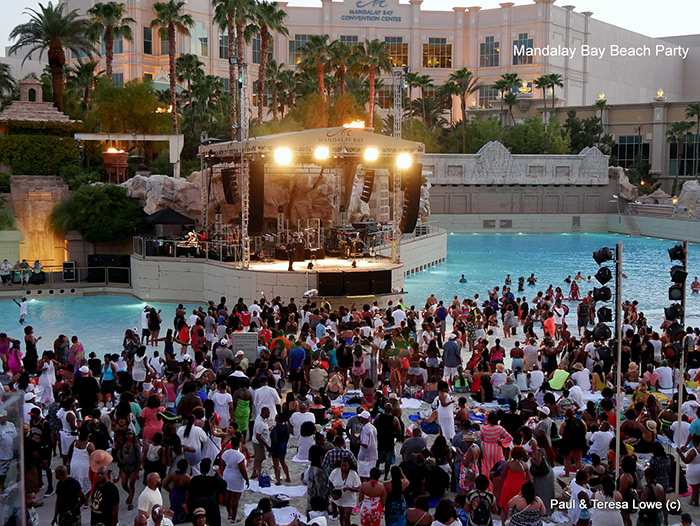