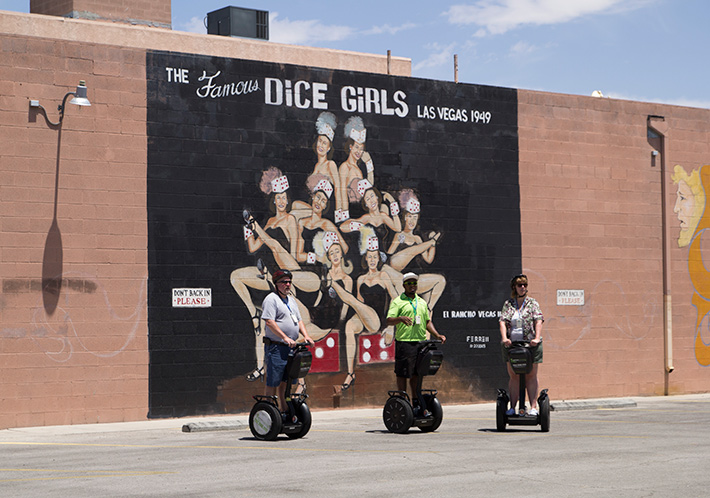 With 2 million residents prior to the Great Recession, Las Vegas was the fastest growing big city in America. Growth has return since 2012.

Las Vegas is located in a desert valley between the Sierra Mountains and a smaller mountain range. That topography contributes to incredible red rock formations in the region.

The light beam atop Luxor Casino Resort is so bright, it can be seen from space.

In what may be world record for construction in one year, the Las Vegas Strip had over $15 billion of resort construction projects (Mandalay Bay, Paris, Planet Hollywood Resort, The Wynn, Palazzo) underway within 2 linear miles in 2007.

Las Vegas might be the last major city in America still building its freeway network.

African-Americans and Hispanic-Americans account for 25% of gaming & travel revenue in Las Vegas.

In the late 1940s before atomic radiation risks were fully understood, the Department of Defense used to explode atomic bombs only a few miles north of Las Vegas. People used to view atomic mushroom explosions like they were attending laser light show today.