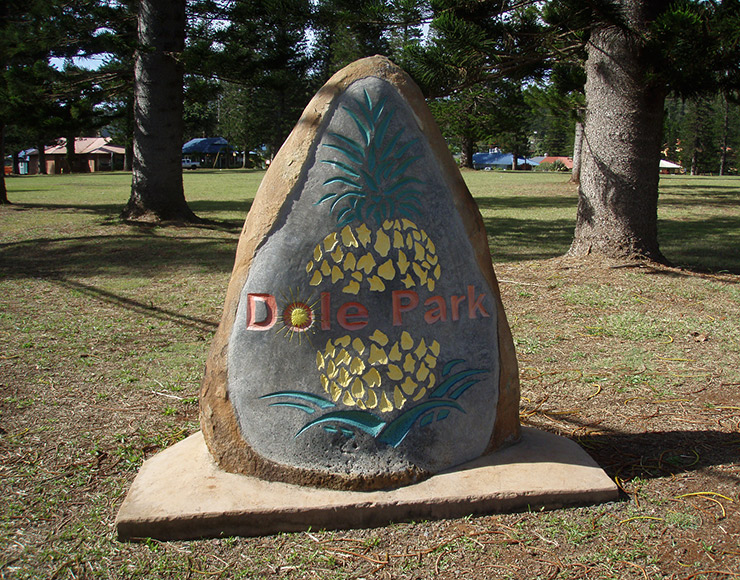 Lana’i is the 6th largest Hawaiian island is only 18 miles in its widest direction, totaling 140 square miles. More visitors of Lana’i because it is just a few miles across the ʻAuʻau Channel from Maui to the east. Its tallest point is 3,306 feet.

In 1922, James Dole, the president of Hawaiian Pineapple Company (later renamed Dole Food Company), bought the entire island of Lāna’i and developed a large portion of it into the world’s largest pineapple plantation. That occupation shaped the modern perception of Lana’i as the Pineapple Island.

Lana’i remained in the pineapple business until 1985, when 98% of the island passed into the control of David H. Murdock, as a result of his purchase of Castle & Cooke.

Lana’i’s only town is Lana’i City and there are no traffic lights orshopping malls on the entire island. Public transportation is provided by Four Seasons Resort.

The state of Hawaii does not observe Daylight Savings Time. When you visit, you’ll understand the wisdom of their decision. 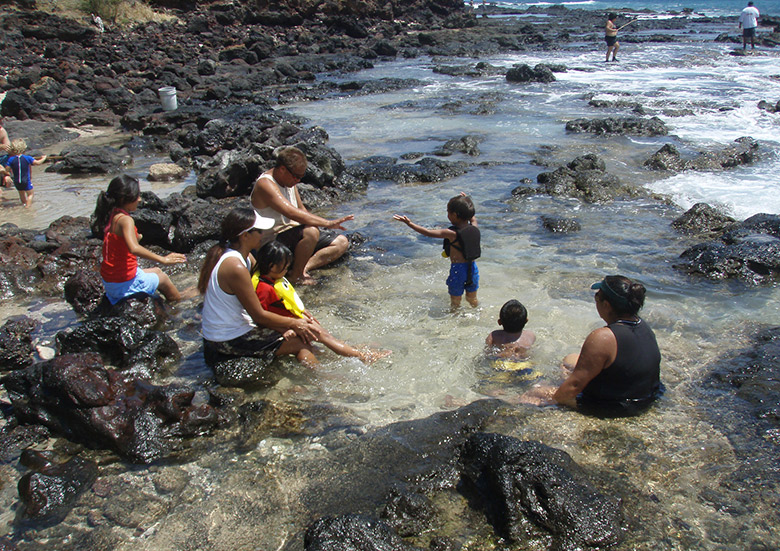 Family at beach tidepools on Lana’i; (c) Soul Of America

There is one school, Lanai High and Elementary School, serving the entire island from Kindergarten through Senior in high school.

Lana’i rarely experiences a hurricane. Tsunami warning sirens are tested on the first Monday of each month at Noon. Only be alarmed if the sirens go off at some other time! When a rare tidal wave or hurricane is on the way, turn on the radio or television for information. High ground is close by throughout the island.

Passports are NOT required for U.S. citizens.

You should drink bottled water when available.

Bring sunglasses, a hat and plenty of biodegradable sunscreen since Lana’i is located near the equator.

Hawaii electricity standard is the same as mainland USA.

Like Maui across the channel, Whale Watching Season is late November through April.