For many generations, the Osage, Kansas and Wyandotte Indians ruled the land. That all changed when Missouri achieved statehood in 1820. By 1833, Westport was founded to sell goods to Indians and traders. In 1840 pioneers heading west passed through Westport via the Santa Fe Trail. By then railroads and livestock established Kansas City as a booming business community. In 1850, the town of Kansas was founded.

Kansas City History is key to how African-Americans view the Midwest, even before the city was incorporated in 1850. Many people escaped slavery in the South to work as field and ranch hands here.The Black community grew in the North End of town. When their numbers were small, there were fewer affronts to their rights. By 1880 reports indicate that the city had 8100 African-Americans. A number restrictive Black Codes were soon made into law and enforced. Since African Americans could not go to White-owned hotels, theaters, and nightclubs, by the 1920s a vibrant Jazz scene developed in the 18th & Vine District. Word got around about the good times being had. That enticed many European Americans come by for some of that “jazz” entertainment and that stuff they call barbecue. The US Census also reports that Kansas City’s African American population increased from 17,000 to 41,000 between 1900 and 1940, with most of that growth occurring after World War I. 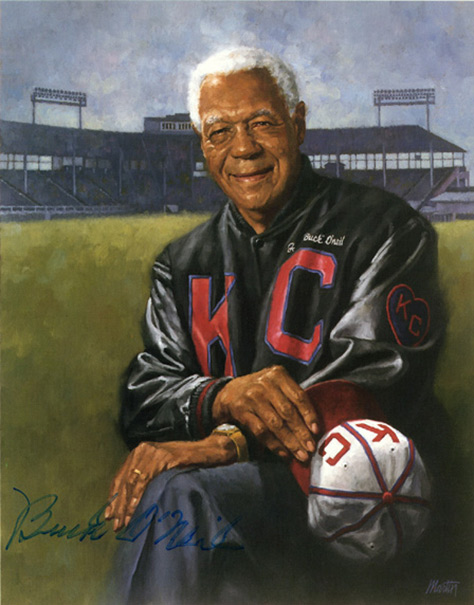 Aside from its Musical Traditions and Dining Traditions, Kansas City was home of the National Negro Baseball League organized by Andrew “Rube” Foster, and the home of the world famous Kansas City Monarchs. The Monarchs were an early playing home to Jackie Robinson, Buck Leonard, Buck O’Neil, Bullet Joe Rogan, Ernie Banks, and Satchel Paige. They drew sold out interracial crowds even while segregation was the social order of the day. It is important to note that organized Negro Leagues Baseball was for many years a centerpiece of economic development in Black communities around America.

A strong testament to the quality of play is that Negro League teams won between 65-70% of exhibition games played against white Major Leagues teams, Other than the South, baseball owners had no reason to fear that integration would reduce the gate draw. Exhibition games in Kansas City and other places were often played before sell-old crowds. The Satchel Paige-led Monarchs won their share of exhibitions against the Babe Ruth-led Yankees. In an odd twist, the proficiency of Negro Leagues baseball stars scared enough sub-par European American baseball players that they privately lobbied against integration. One can also make a convincing argument that a lot more Negro Leagues stars belong in the Baseball Hall of Fame.

Despite fairly positive racial interaction in entertainment venues, resistance to blacks working mainstream jobs in Kansas City could be seen at a large 1942 rally where 13,000 blacks held a job protest. Like the rest of America, it would take the contributions of Black veterans in World War II, the integration of Major League Baseball, Brown vs. Board of Education Supreme Court decision in 1954, and the modern Civil Rights Movement to end Jim Crow.

Unfortunately, Negro Leagues Baseball was a sacrificial lamb to end Jim Crow. Every Negro Leagues star or rising star integrated Major League Baseball by the mid-1950s. Negro League teams, drained of their talent, stopped drawing fans and languished. During this time Kansas City also opened the first black-owned bank west of the Mississippi River in 1947. Douglass Bank. Kansas City is home to KPRS/KPRT, one of the nation’s oldest continuously Black-owned radio stations, founded in 1950. KPRS is 103.3 FM and KPRT is the Gospel Source at 1590 AM.

While segregation in baseball ended, most civil rights oppression continued which led to the rise of local Black Panthers chapter in the 1960s. When Dr Martin Luther King, Jr. was assassinated, city authorities refused to close the schools for a day, triggering a riot that lasted for 6 days. After the riot, when cooler heads prevailed, African Americans organized to promote a political agenda.  Alan Wheat became the first African American elected as a U.S. Congressman from Kansas City.

Today, Kansas City is 30% black. While a exceptionally large number of freeways, malls and redlining triggered While Flight and blue collar job exit from the city, their negative consequences seem to be milder many other cities. But one area hit particularly hard by such flight was the historic 18th & Vine Streets Jazz district. Fortunately, and with a lot of public/private cooperation, things are on the way up again.