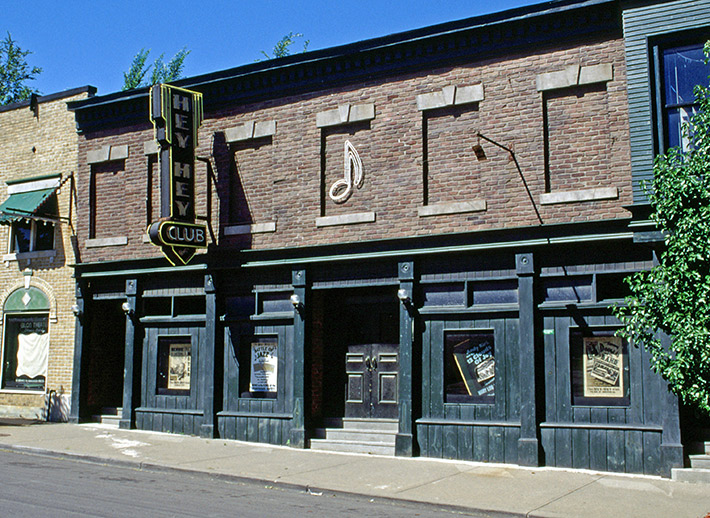 The 18th & Vine District was a magnet for Black folks from Omaha, Oklahoma City, Denver and St. Louis. That intersection was the epicenter of a larger entertainment district approximately bounded by 12th Street, Troost Avenue, 23rd Street and Prospect Avenue. This district operated autonomously for many years before integration. You had small businesses of all types, not just restaurants and nightlife. At the end of the day, 18th & Vine District has always been about the business of entertainment.

Even though African-Americans lived here earlier, KC exploded as a magnet for gangsters and musicians in 1925. That year marked the beginning of Mayor Tom Pendergast’s political machine, which practiced lax enforcement of liquor, gambling, and prostitution laws. In these Prohibition years, gangsters appreciated that Kansas City was a “Wide Open” town. Gangsters who avoided the newspaper and kept the political bribes flowing, made a killing. Most African-American residential areas, though poorer, were well managed.

Gangsters knew that great music was essential to reel guests in and to compliment the vices they offered. Nightclubs existed all over town, at 12th & Cherry, gangster-owned nightclubs catered to mostly to white patrons and had Black performers. But there were many other Black-owned and Black-friendly nightclubs and dance halls that catered to African Americans. Most were at 18th & Vine or on 12th Street east of The Paseo. These nightclubs had dances two and three times a week and everybody who could attend, did. Some dance halls even had different social club dances in shifts around the clock.

Even though 1938 marked the end of the Pendergast Machine and a reduction in gangster-related activity, 18th & Vine was still jumping. Kansas City Monarch baseball players, Jazz musicians and the Theater Owner’s Booking Association (TOBA) made sure of that. When baseball was king, the likes of Satchel Paige and Buck Leonard ensured that all the ladies and fellas came to 18th & Vine after the game. For more comprehensive perspective, note that people dressed in their Sunday best before going to a game. Preachers would urge their congregations to attend a Monarchs game after church. There were often parades from 18th & Vine District to a Monarchs game.

Heydays don’t last forever. Black flight due to de-segregation, freeways, suburban malls and the radio brought an end to 18th & Vine District’s live Jazz vitality by the early 1960s. Even New York contributed to its demise, as most jazz musicians migrated there for work. The Kansas City nightclubs closed like dominoes. By the 1970s, many were torn down. Their empty lots left open like unhealed wounds.

Thankfully, Kansas Citians awakened to their cultural and historical treasure. No longer would this revered place pass quietly in the night. The heritage of 18th & Vine District was restored in 1997 after a $26 million redevelopment project. The area now features the American Jazz Museum, Horace M. Peterson Visitor Center, Gem Theater, Negro Leagues Baseball Museum and a couple of restaurants. Rounding out major cultural attractions in the district are the Black Archives of Mid-America and the Mutual Musicians Foundation. One also sees murals and signage of historical Black businesses. It is both inspiring to see homage paid to businesses in a traditional African American business community.

Still the redevelopment district has an unfinished quality. But that says more about the Black community’s integration into greater Kansas City than the quality of what’s there and the plans for more. It seems that the area is mostly embraced by locals during a music festival, though visitors come worldwide. Credit a number of small business owners for keeping it real.