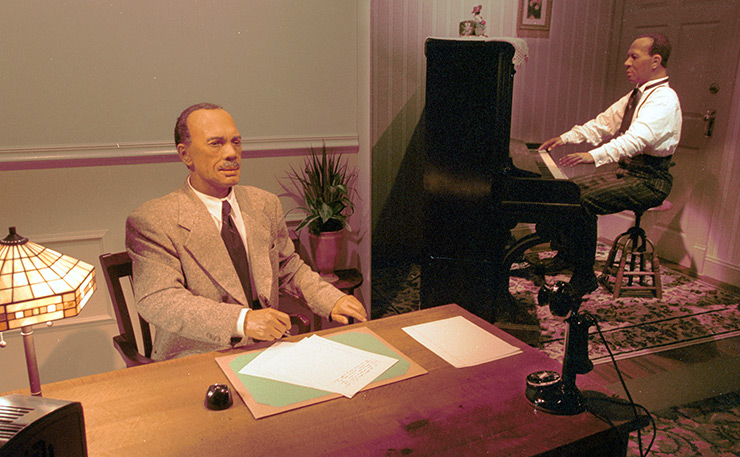 Jacksonville, a city of 700,000 residents, is located few miles inland from the Atlantic Ocean along the St. Johns River.

By merging with Duval County, Jacksonville became one of the nation’s largest cities in land area with 841 square miles.

Jacksonville is both a major port city and the largest financial center of Florida.

On 12 February 1900, Lift Ev’ry Voice and Sing, the unofficial Negro National Anthem composed by the Johnson Brothers, was sung publicly for the first time. It was a celebration of Abraham Lincoln’s Birthday at the Colored School in Jacksonville. In 1926, James Weldon Johnson acknowledged that the song was not written as an expression of African-American unity.

National figures here or made their mark here include: