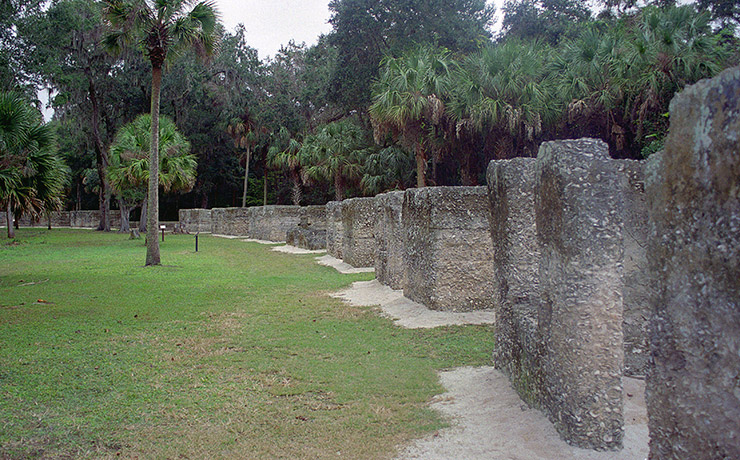 Jacksonville History dates back to Timucuan Indians over 5,000 years in an ecological preserve just north of Jacksonville. But for American Indians, everything changed in 1564 when French Huguenots arrived seeking fortune and settled in a small outpost at Fort Caroline, near the mouth of St Johns River. As always, American Indians wandered in and out of the region to hunt and fish without issue from the French Huguenots. Then Spaniards, accompanied with their free African soldiers arrived several miles south of present day Jacksonville to seize American Indian land, “settle it” and evict the French. They founded continental North America’s oldest city in 1565, St. Augustine. Eventually, the Spanish seized all of Florida.

While many Europeans came searching for the “Fountain of Youth” in the 1600s and 1700s, African Americans from Georgia and South Carolina fled to Florida seeking a better quality of life. Life was better for them in Spanish controlled Florida because at worse, slavery was less harsh. At best, they could obtain freedom by converting to Catholicism and joining the Spanish military. Florida also represented a land with fewer Black Codes for Free Persons of Color.

In 1683 a Black and Mulatto Spanish militia was formed in Saint Augustine under Black captain Francisco Menendez. In 1738, about 2 miles north of Saint Augustine, a Spanish outpost for runaway slaves was built and called Fort Mose. In many ways Fort Mose became the icon of Black Freedom in Florida until the state was turned over to the England in 1763. Like ping pong, in 1783, it returned to Spanish control until 1821 when superior armed American gunboats visited a ruinous assault upon the fort. Many people of African descent fled to nearby swamps and became farmers, interpreters and fellow warriors for the Seminole Indians.

After passing from Spanish to British to Spanish to American control over the centuries, the territory now called Jacksonville was founded in 1822. That civic milestone happened shortly after Spain ceded Florida to the US. The city is named after General Andrew Jackson, then Governor of Florida before he became President.

At nearby Kingsley Plantation, stand the oldest remaining slave quarters in Florida. Though Jacksonville changed hands between Union and Confederate forces several times, the most telling reminder of the human cost in the clash of political wills was weighed in 1864 when three Black and six White Union regiments where defeated by Confederate regiments in nearby Olustee Battlefield. Fortunately, Union forces had success in the other battles of greater Jacksonville, which they occupied on 4 occasions. No doubt that success by Union forces played a hand in many Black soldiers settling here after the Civil War.

Established as an independent city in 1861 and close to downtown Jacksonville, LaVilla became home to most African Americans. They ran their government, set up businesses, churches and nightlife. In 1866, Florida’s first African American institution for higher learning, Edward Waters College, was founded not far from LaVilla. When Jacksonville annexed LaVilla in 1887, LaVilla resident John Spearing was elected to the City Council, though he had to file an appeal to the Florida Supreme Court before assuming office.

Fortunately most of LaVilla was unaffected by the devastating Jacksonville fire in 1901 allowing it to continue thriving in its relatively self-contained ecosystem. The building now housing the Clara White Mission was the popular Globe Nickelodeon in the early 20th century and LaVilla residents flocked to the old Roosevelt, Frolic and Strand Theaters to see Black stars on the Chitlin’ Circuit.

From the Jacksonville Beaches settlement in the 1880s, African Americans worked as domestics, handymen and for the railroad. Built in 1884, the railroad provided for direct access from Northeast vacationers to the restaurants, hotels and boarding houses located on Florida’s oceanfront. Many worked in Casa Marina during the season. Today’s Ponte Vedra started as a mining town called Mineral City in 1915. Many African Americans were employed by B.B. McCormick Construction Company and traveled from the mines to Jacksonville Beach on the railroad spur line or on the beach at low tide. Mr. McCormick also came to the beach in 1917 and completed such projects as the paving of State Road A1A in use today. The company maintained a commissary and housing quarters for its African American employees.

In 1916, two brothers born in LaVilla, James Weldon Johnson and John Rosamond Johnson, composed the Negro National Anthem, Lift Ev’ry Voice and Sing. To escape discrimination in Jacksonville beaches, two of the nation’s earliest Black beaches were established nearby with the first in 1928.

Many students and some teachers at Edward Waters College participated in non-violent protests during the Civil Rights Movement between 1951-1969. Though Jacksonville did not grab as many Civil Rights Movement headlines as other southern cities, the efforts of thousands of nameless heroes made socio-economic progress possible here as well.

Jacksonville’s first Black Sheriff, Nat Glover, was elected in 1995. Duval County, which contains Jacksonville, is also home to the infamous 2000 Presidential Election practices that disenfranchised tens of thousands of Black voters — far more than were disenfranchised in the Florida counties of Broward and Palm Beach, combined. Sadly, the historic Fort Mose has disappeared under sand-covered ruins due to a lack of civic initiative.

All of that said, things seem to be looking up in Jacksonville lately, progress is being led by new college graduates of all stripes in the area and an emerging art district. The Jacksonville of today is more inclusive to all people.