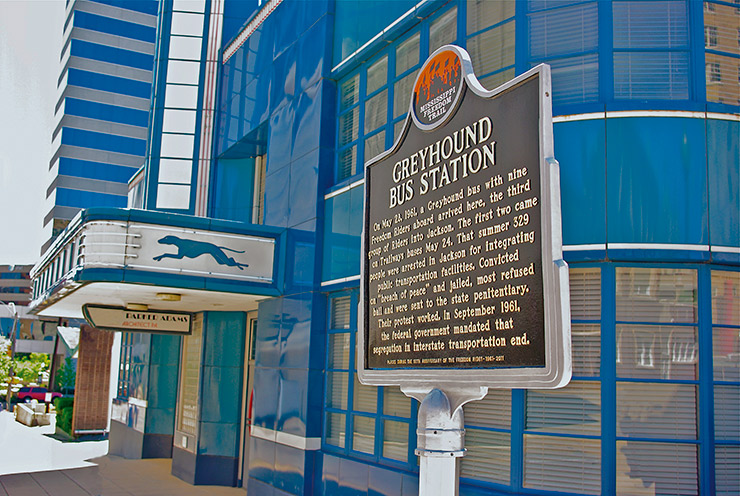 Jackson History begins with the War of 1812, when Andrew Jackson appealed to free Black people in Mississippi and Louisiana to join the Union’s fight against the British. He commanded two battalions of black soldiers who helped him win the Battle of New Orleans in 1814. Afterwards, he openly praised his Black troops for their service.

From that honorable beginning Jackson began as a trading post situated on a bluff of the west bank of the Pearl River. Legend says a French-Canadian trader named Louis Le Fleur operated the trading post. Hence, the town’s original name Le Fleur’s Bluff. The fertile land supported a number of cash crops on nearby plantations and African slaves to work the plantations were imported. In short, plantation economics were far more important than soldier valor in the minds and pocketbooks of plantation owners. Their addiction to plantation economics caused Mississippi to enter the Union as a slave state by 1817.

Mississippi Legislature wanted the seat of government moved from the riverfront city of Natchez to a more central location to better serve plantation owners around the state. In addition to the central location of Le Fleur’s Bluff, they were enticed by its beautiful surroundings, abundant timber and navigable rivers. In 1821, the location was authorized to be the seat of government. The city was renamed Jackson, in honor of General Andrew Jackson who later became the 7th U.S. president. Thus, a new capitol was crowned and European Americans in Mississippi learned to live with a hypocrisy of conscious that preached Christianity and real patriotism, but practiced little of it.

During the Civil War Vicksburg, Mississippi, only 40 miles west of Jackson, fell with the aid of US Colored Troops in 1863. The fall of Vicksburg meant that Union forces now controlled Mississippi River port shipments. With its fall European American plantation owners sensed that an end to the Southern way of life was near. Shortly after the war during the Reconstruction Period (1865-1877), Hiram Revels became the first African American elected to the Mississippi State Legislature in 1867.

In 1870, Hiram Revels became the first US Senator when chosen by his peers to fill the position vacated by the former Confederate President, Jefferson Davis. His term lasts only one year. In 1877, Jackson State University was established.

In Jackson, as elsewhere in America, the Klu Klux Klan began dismantling the social gains from Reconstruction and laying groundwork for Jim Crow segregation. Mississippi State Capitol is where the infamous Black Codes of Post-Reconstruction were enacted to limit the rights of citizens newly freed from slavery. Other Southern states soon followed.

From a Civil Rights Movement perspective, Jackson, like Atlanta, Birmingham, Greensboro, Memphis, Montgomery, and Selma is Holy Ground. No American cities are more symbolic Civil Rights battlegrounds than these. Jackson is where the assassination of Medgar Evers and the staunch, unbending leadership of Fannie Lou Hamer rose to national attention. Openly pitted against those citizen-heroes were forces evil who staged Klan rallies, church bombings, lynching and people disappearances in the 1950s and 1960s — definitely not Chamber of Commerce stuff.

But like the old folks use to say, “Change gonna come. It might be long, but change gonna come.” Despite the tireless work of our Civil Rights heroes, for much of the 1970s and 80s, the South dragged Jackson along in Civil Rights progress. Then in a signature moment of its own, Jackson finally turned the corner. In 1994, a jury of predominantly Anglo-Americans convicted Klansman Byron de la Beckwith for the murder of Medgar Evers. Though far short of a South Africa-like Truth and Reconciliation Commission, the long overdue ruling was a welcome and genuine milestone for healing in the city, the state and America.