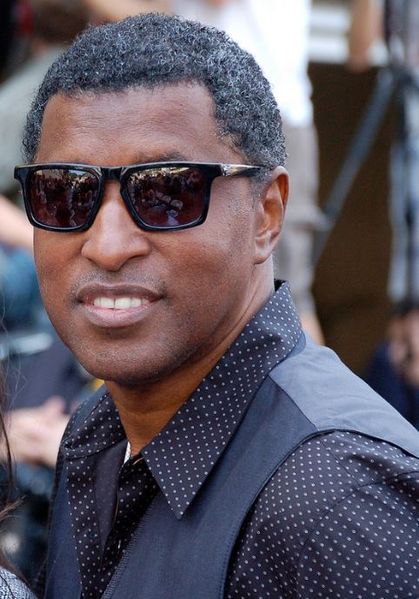 Babyface at Hollywood Walk of Fame, 2013

Indianapolis Jazz & Soul Music has made national impact for over a century. Noble Sissle (1889-1975) hailed from Indianapolis before making his way to Cleveland at age 17 and then to Baltimore where he met Eubie Blake (1883-1983). Ultimately, the two collaborated as the first African Americans to produce songs for a Broadway musical, Shuffle Along, in 1921.

From 1930 through 1960, Jazz and Blues clubs reigned along Indiana Avenue near West Street, Indy’s prime representative on the Chitlin’ Circuit. Though segregated like other cities, Indy was considered a hassle-free layover between gigs in Chicago and Detroit. The astounding George’s Bar and Henri’s were on apposite corners of the three-way intersection between Indiana, Vermont and Senate. The Sunset Terrace, The Cotton Club, Mitchell’s Inn, and British Lounge also headed the nightclub scene along Indiana Avenue.

Walker Theatre was the main venue for concerts and larger shows and had its own after-hours club, the Missile Room. A talented musician could work for months, if not years, without leaving the area anchored by the intersection of Indiana Avenue and West Street.

Today, this part of West Street is called Martin Luther King Drive and the Sunset Terrace is a parking lot behind the Walker Theatre. Practically all the other nightclubs have been torn down, while most residences that surrounded district have been gobbled up my new buildings on the Indiana University Purdue University at Indianapolis campus. So when you see the fully restored Walker Theatre, appreciate that it, like the Apollo Theatre in NYC, is “the” surviving landmark of Indy’s golden age of Jazz, Blues, Black Theatre and the legacy of Madame C.J. Walker’s entrepreneurial achievement.

Any retrospective of Jazz in Indianapolis should give first props to Wes Montgomery (1923-1968), who along with Charlie Christian, is credited by Jazz historians credit, as one of the two most influential Jazz guitarists. But music lovers should also note Wes’ talented brothers, Buddy on vibraphone and Monk on electric bass. The electrifying Montgomery Brothers weren’t the only Indy musicians to achieve national and international distinction. They were joined by trombonists “Slide” Hampton and J.J. Johnson, saxophonists Jimmy Coe and Alonzo “Pookie” Johnson, pianists Errol Grandy and Carl Perkins, drummer “Killer” Ray Appleton and by trumpeter Freddie Hubbard.

If you were born in 1960 or later, it takes a little context to understand the weight of these jam sessions. Imagine a world without video games, iPods, portable radios, multiplex theaters, or the Internet, and few Black households had a TV. Then imagine the coolest cats around, at the height of their powers on the cutting edge of hip. Their attraction was so irresistible, many white musicians helped break down segregation mores to worship at their musical alter. Let it be repeated, many a top-shelf Jazz musician received their rite of passage at these jam sessions. Today, the Chatterbox Tavern and Jazz Cooker carry forth Indy’s illustrious jazz heritage.

The soulful Kenneth “Babyface” Edmonds also hails from Naptown. Proof that he is widely respected in these parts, is a section of I-65 Freeway named in his honor. May this charming producer, composer, musician and vocalist write many more chapters in his distinguished career.