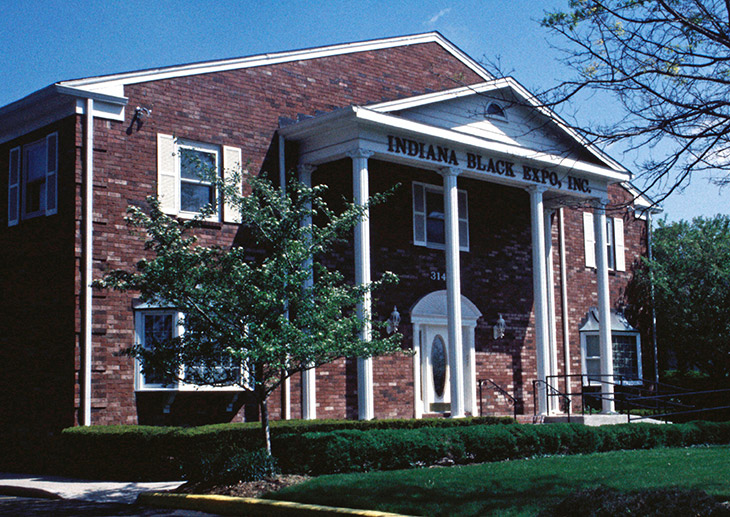 In 1970, a handful of religious and civic leaders in Indiana, drawing inspiration from an expo held in Chicago two years earlier, came together to create an avenue to display positive African-American ideas, thus founding what today is known across the country as Indiana Black Expo. Indiana Black Expo, Inc., a non-profit organization, is governed by community leaders and other leaders from around the state.

Although the organization’s mission and vision is to be an effective voice and vehicle for the social and economic advancement of African-Americans, as well as to demonstrate that African-American youth and families can achieve their highest potential and reflect pride in their ethnicity, Indiana Black Expo is steadfastly dedicated to improving the quality of life for all, by celebrating cultural diversity and inclusiveness across all races, ethnicities, nationalities, generations, socioeconomic levels and religious affiliations. This is evidenced by the ever-changing, unique events and programs created and offered all year long, that address the many facets of the changing landscape of Indiana and beyond.

Today, almost 37 years later, Indiana Black Expo, Inc. now has 13 chapters throughout Indiana, and together they serve as pillars of the African-American community. The Indiana Black Expo event has grown from its early days featuring a single, two-day event at the Indiana State Fairgrounds which attracted over 50,000 people, to numerous, year-round, multifaceted community youth and family service programs and events addressing issues that reflect the needs and desires of African-Americans.

These events, programs and campaigns include, for example, a Youth Video Institute, Black History Month program, Prostate Cancer Awareness Month, college readiness workshop, summer internship program, back to school rallies, Martin Luther King, Jr. essay contest, and We Can Feed the Hungry campaign, just to name a few. Collectively, these entities are estimated to directly impact almost 94,000 people, while touching the lives of 1.7 million. The most recognizable, major, annual Indiana Black Expo events are presented in the Fall and Summer.

Held every October since 1984, the Coca-Cola Circle City Classic is one of the most highly anticipated sporting events in the country. Circle City Classic is a collegiate football game played by Historically Black Colleges and Universities (HBCU). Drawing close to 175,000 folks from all over the U.S. every year, it is now one of America’s top football classics, the masses flocking to Indianapolis to witness their favorite teams clash head-to-head for winning bragging rights.

The largest annual Indiana Black Expo fundraiser is the Summer Celebration. Held in July and stretching over a period of 11-days, Summer Celebration is the longest running event of its kind in the nation, the largest African-American event with over 300,000 people in attendance each year and the only non-profit expo in the nation. Over the years, Summer Celebration has remained focused on highlighting the cultural art, historic and economic accomplishments of African-Americans, while also demonstrating the importance of their contributions to Indiana.

The event has also expanded to consist of more than 30 events focusing on the arts, religion, business, education, politics, sports, entertainment and youth activities. Attendees here are offered and truly enjoy a wealth of diverse expo activities, most of which are held at the Indianapolis Convention Center downtown. The main feature here is the Cultural Arts Pavilion, which features a wide variety of consumer exhibits from Afrocentric magazines and newspapers to Black skin and hair care products, clothing, jewelry, gift items, home entertainment items and everything in between.

At Conseco Fieldhouse, home of the Indiana Pacers, there are a series of Music Heritage Festival concerts featuring some of the hottest Hip-Hop, R&B and other entertainers from back-in-the-day to the present.

The event is so widely known and respected, a president spoke at one of its summer celebrations. In addition to the Indiana Black Expo staff, both the Circle City Classic and Summer Celebration are carried out by volunteers who help bring the events to fruition. According to Alpha Garrett, Director of Communications for Indiana Black Expo, “We [also] hire Summer interns and have over 700 volunteers for the Summer Celebration expo in July. It is an effort that takes more hours than there are in a day, and takes on-going planning and working in conjunction with sponsors, city officials, public safety officials, cultural/art organizations, small and large businesses, etc. [This] brings an estimated economic impact of over $34 million each Summer.”