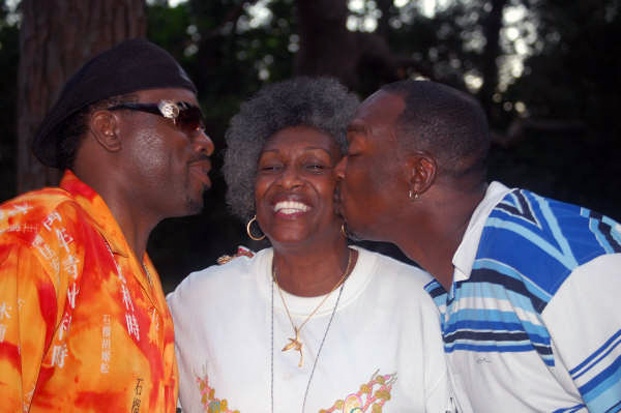 In the 1700s, Spaniards seized Galveston from nomadic Native Americans. Then Mexico claimed the region in 1821, when it gained independence from Spain. Lightly guarded in the 1820s, pirates, outlaws, cowboys, and farmers all had a go of it in this region. Thus, the first people of African descent to set foot on Galveston Island were probably pirates. Several European Americans eventually came to claim land and establish a small shipping port on the island.

As population grew and commerce increased, Mexico tried to assert greater control of their territory with designs on Galveston becoming a major shipping center. Mexicans were particularly sensitive to European Americans who had expansionist ambitions in other parts of Texas and other western territories governed from Mexico City. But short of war, the Mexicans did not know how to control the region.

As more European Americans set up businesses, a nationalist sentiment emerged in their northernmost region now called “Texas”. Via a complex set of events that ultimately resulted in war, European Americans convinced General Sam Houston to lead the Texas Army that conquered General Santa Ana’s Mexican forces at the Battle of San Jacinto (outside Houston) in 1836. But many who won the war died from one of several Yellow fever epidemics in the region.

Immediately after the battle, the Allen Brothers, land speculators, falsely claimed in newspaper ads that their piece of land along the (Buffalo Bayou) river was a magnificent shipping port with more advantages to exploit inland commerce from the great southwest than any other city.  It was really swampland by the bayou. To give their land speculation cachet, they named it Houston in honor of war hero Sam Houston and led the city’s incorporation into the Republic of Texas in 1837. African slaves and Mexican prisoners-of-war built the first streets. Meanwhile marketing buzz word spread back East that Galveston was a wonderful heath resort.

Nevertheless, the ploy by the Allen Brothers helped Houston outflank Galveston, its more prosperous neighbor to the south, as Houston served as the Texas capital from 1837 to 1840. That sounded promising to easterners on paper. Had more European Americans from New York, Boston, Philadelphia and Baltimore known about the commercial geography of the region, they would have selected Galveston, which had a far superior shipping port at the Gulf of Mexico. After Texas was accepted into the United States, Houston and Galveston would become an intricate part of the South and play a larger role in slavery.

By 1840, Galveston established regular steamship service to New Orleans, Vera Cruz and Havana. Note, Texas was operating as an independent nation at the time and Galveston was still Houston’s deep water part to trade cotton and grain to other parts of the world. It used plenty of slaves to work the ports and when Texas was annexed into the United States, there was no question it would enter as a slave state.

Although there was no such thing as easy or humane slavery, it could be argued that slavery in Galveston was a tad more humane than other parts of the South because its sandy soil was not suitable for growing cash crops. Instead, slaves were typically servants, wharfhands and craftsmen to European Americans rising to become gentry on Galveston Island. Abraham Lincoln was seen as an enemy to slaveholders. Thus it is not surpising that in the Presidential vote of 1860, Abraham Lincoln did not receive a single vote from anyone in Galveston.

On 19 June 1865, nearly two years and a half years after it was enacted, the Emancipation Proclamation was read for the first time in Galveston, reportedly the last place in the South to officially hear of Slavery’s end for 250,000 slaves in Texas. The jubilation was immediate and profound at Ashton Villa in Galveston.

Attempts to open public, tax-supported schools in Galveston after the Civil War ended in 1865, were delayed by yellow fever and lack of funds. Finally in 1881, classes for black children in two rented locations, called the East Broadway Colored School and Barnes Institute opened. By 1885, Central High School for black children opened at 16th and Avenue L in Galveston.

Today, Juneteenth is celebrated around the world as not only an African-American independence day, but also emphasizes education and achievement. In Galveston the entire month is marked with special events, guest speakers and family entertainment. Juneteenth is now an official Texas state holiday. For more information visit Juneteenth Galveston website and visit the Ashton Villa.

Ashton Villa & Heritage Visitor Center
DESCRIPTION: The Mother location for all Juneteenth celebrations — since Juneteenth began here in 1865. You can take guided tours of this beautifully restored antebellum landmark and grounds. Built in 1859, Ashton Villa set the standard for the magnificent mansions before the Civil War. One of Texas’ wealthiest businessmen and slave-holders owned the place. How fitting that his mansion should now be home to the Heritage Visitor Center.
ADMISSION: Adults & Seniors $5; Students $4, Age 6 and under enter Free
DAYS & HOURS: Mon-Sat 10a-5p; Sun 12a-4p
ADDRESS: 2328 Broadway, Galveston, TX
PHONE: 409-762-3933
WEBSITE: http://www.galvestonhistory.org