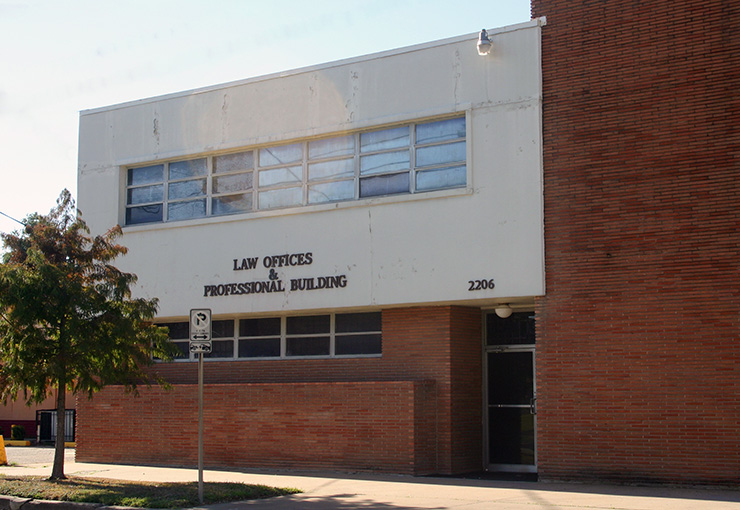 One of Houston’s most notable black neighborhoods, Dowling Street is always worth a visit for its historical importance. It is the hub of the Third Ward. There are many blocks of sturdy brick houses that recall days when the area was home to a solid base of middleclass and working-class homeowners. It was also the prosperous business center of the Third Ward.

A number of historic sites remain. Emancipation Park is located on this street. The El Dorado Building on Dowling and Elgin used to jump to the sounds of big bands in the first half of the 20th Century. It was a regular venue on the Chitlin Circuit. In the 1950s and 1960s, when the city was a hotbed of Civil Rights activity, this area was the locus of activity.

Eldrewey Stearns, George Washington, Jr., Hamah King and others plotted civil rights strategy that successfully desegregated the most of the city. Their base of operations was 2106 Dowling Street. Wesley Chapel AME Church at 2209 Dowling Street was designed by one of the countries first African American architects, William Sidney Pittman.

Today, the street is dowdy, but is home to a number of black churches, small businesses and a youth boxing center. Given its proximity to downtown, anticpate more gentrification/redevelopment on this historic street. From downtown, Dowling Street begins just south of I-45 Freeway and extends to Wheeler Street.