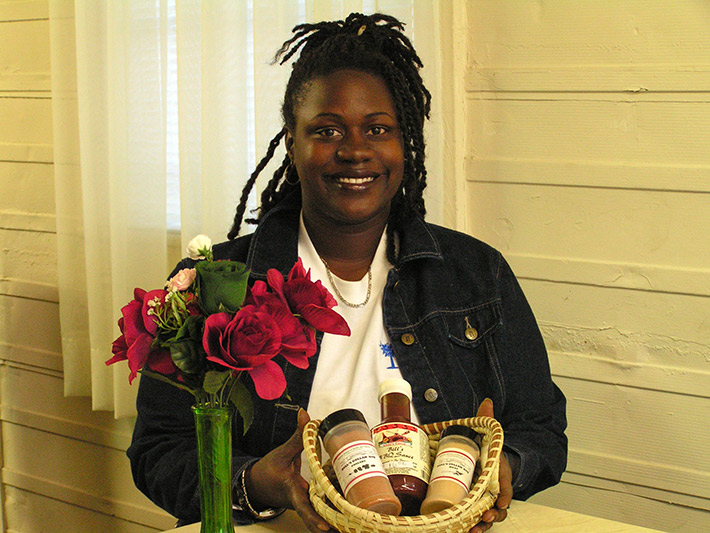 West African influences on African-American cooking have not only survived the slave trade, they’ve influenced American cooking as a whole. That’s especially true with the regional cuisine within the coastal South Carolina and Georgia. This flat coastal region of meandering rivers and rich soil was called Lowcountry. Many fans of Lowcountry Cuisine don’t know the history behind it.

African slaves mixed the foods they brought over with what was available to them in Low Country. Their meals were rice-based – another main food item brought with them from Africa. Thousands of slaves were brought from Africa because of their expertise in rice cultivation. Rice was the primary agricultural export from South Carolina during slavery, making it the richest state in the Union behind Massachusetts. African slaves mixed in Caribbean, European and Native-American influences for distinctive flavors and aromas. These days, Low Country Cuisine is served in five-star restaurants in coastal South Carolina and Georgia.

Seafood is another main staple, since the Lowcountry region between Savannah, Gullah Sea Islands and Charleston is coastal. The rich estuary system also provides an abundance of shrimp, fish, crabs and oysters that the could be cooked fresh prior to the refrigeration era. The marshlands of South Carolina also proved conducive to growing rice, and that grain became a major part of the everyday diet. 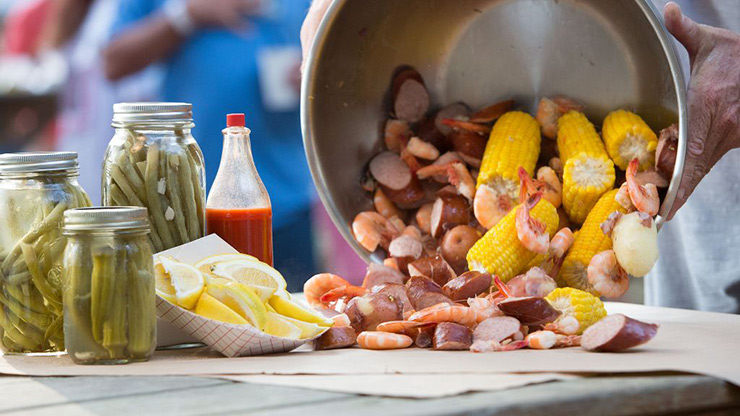 The most popular low country breakfast includes shrimp and grits. Many South Carolina natives say low country cooking is really Gullah cooking or their unique version of Soul Food. Which makes sense, when you think of items like corn bread, Hoppin’ John and fried green tomatoes that help make up the cuisine. It’s said that Gullah cooking started out healthy because slaves didn’t have access to much meat, so they ate more fruit and vegetables. But as the pig became more available to them, the cuisine began to increase in fat and fried foods. In fact, the tradition of deep frying foods came from Africa.

Today, chefs from some of the fanciest restaurants in Savannah, Gullah Sea Islands and Charleston have added their own twists to Lowcountry dishes like shrimp & grits, red rice & beans, She Crab Soup, Fried Cabbage, Shrimp Kedgeree, Oyster Roast Crabcake, Frogmore Stew, and bread pudding to make it popular with the mainstream. But the majority of chefs who carry on the Gullah tradition are in smaller restaurants where it’s said you’ll find a more authentic version of Lowcountry Cuisine.

Lowcountry Cuisine is a way of bringing families together and celebrating a Gullah tradition. If you’re lucky, you might even be invited into a Gullah native’s home for some sho’ nuff food for the soul!