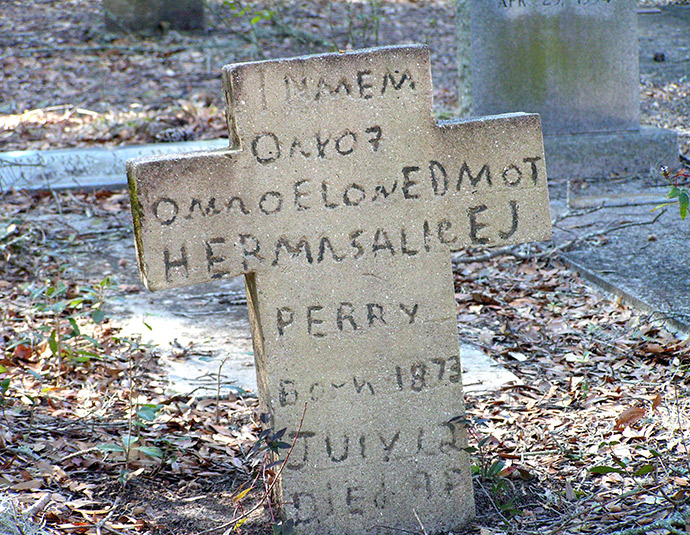 The majority of documented African slaves brought to this country were brought through the ports of South Carolina – the state with the most Gullah descendents. The Sea Islands could only be reached by boat, and with temperatures reaching 100 degrees and swarms of malaria-carrying mosquitoes, most Europeans found the islands inhospitable.

In fact, African slaves could go for weeks without seeing a person of European descent. As a result, many of their traditions were preserved through the centuries and are still practiced today. African traditions can be found in their cooking, spiritual practices, sweetgrass basket weaving, woodcarving, and funeral practices. For example, most island graveyards are located near water to ensure that spirits will travel back to Africa. And broken dishes, shells, and shiny objects are often placed on top of graves to prevent the deceased from returning from the dead to look for former personal belongings.

After the Civil War in April 1865, which many Gullah Islanders fought in, General Sherman issued Field Order 15, promising newly freed slaves “forty acres and a mule.” The order stated “The islands from Charleston, south, the abandoned rice fields along the rivers for 30 miles back from the sea, and the country bordering the St. John’s River, Florida, are reserved and set apart for the settlement of the Negroes.”

By June 1865, more than 40,000 freedmen had begun tilling more than 400,000 acres of land in the region. Most were farmers and fishermen living off the land and sea. And the Sea Islands became self-contained Gullah communities with Black-run schools and Black-owned homes and businesses.

In the 1950’s real estate developers starting eyeing the Sea Islands for their beautiful beaches and landscaping potential. They built bridges from the mainland, gated communities and luxury resorts for wealthy European Americans. As a result, many if not most Gullah natives lost their homes, businesses and land to developers who paid a fraction of market worth. It became harder for African Americans to find decent paying, non-subservient jobs. 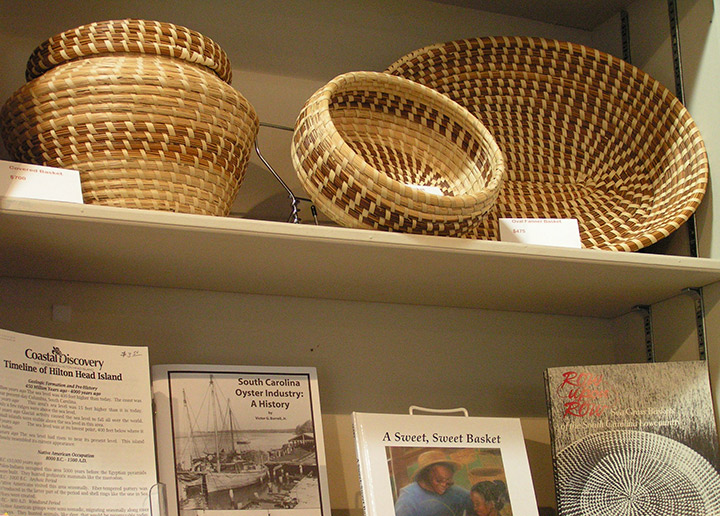 Many younger Gullah descendants moved to other cities, leaving the elders to fend for themselves. Two of the largest examples of this is social condition are on Hilton Head and Daufauskie islands. Most of the communities and resorts are still called plantations, with some of the remaining Gullah natives working in subservient positions. It is paid work, but it may eerily harken to the days of slavery.

It is said that some of the new developments were even built over Gullah cemeteries. The good news however, is that an ordinance prohibiting the destruction of archeological or historical sites was enacted in 1991.

Though Gullah natives have lost much of their land, campaigns are underway to preserve the language and culture. The Gullah/Geechee Cultural Heritage Act, championed by Congressman James Clyburn of South Carolina, is the culmination of a three-year study conducted by the National Park Service. The Act, which has bi-partisan support, is to protect the indigenous Gullah culture endangered by encroaching development along the Sea Islands. The Penn Center on St. Helena Island, which is still mostly owned by Gullah People, has a wealth of historical information and photos on every aspect of Gullah life. Every November, Gullah descendents from around the country return to Penn Center for Heritage Days Festival to celebrate Gullah achievements with cultural exhibits, food, songs, stories, games, and dances.

There is also the “main” Gullah Festival held every May in Beaufort. And Mike Allen, Director of Education for the National Park Service – and a Gullah Islands native, is helping to educate visitors on the Gullah culture at NPS historic sites.

Anthropologists, linguists, and folklorists are fascinated by the Gullah culture, making it the most thoroughly researched black culture in the U.S. However, as African Americans, it is up to us to explore, appreciate, and preserve a major part of our own history.