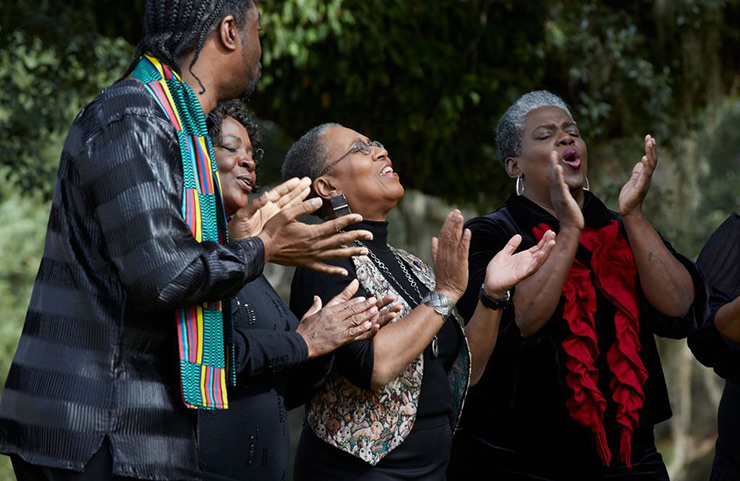 History
The majority of documented African slaves brought to this country were brought through the ports of South Carolina – the state with the most Gullah Sea Islands descendents. The Sea Islands could only be reached by boat, and with temperatures reaching 100 degrees … More

Three times a year, people of the Gullah Sea Islands heed the hypnotic call home to celebrate their heritage festivals. In these festivals, aromatic scents whet your appetite to indulge their award-winning Lowcountry cuisine. The food is often so delicious, it will give you bragging rights back at the office.

Don’t envy the tales of others who quickened their spirits by touching the sweet pain and joy of our heritage. Discover Gullah Sea Islands treasure for yourself. Sojourn to the towns of Beaufort, St. Helena Island, Bluffton, Hampton, Hilton Head Island, Daufauskie Island and Georgetown, which are south and north of Charleston. Each has its own idiosyncrasies, each its own flavor, yet splendidly woven into the same Gullah cloth. Click on each town below: