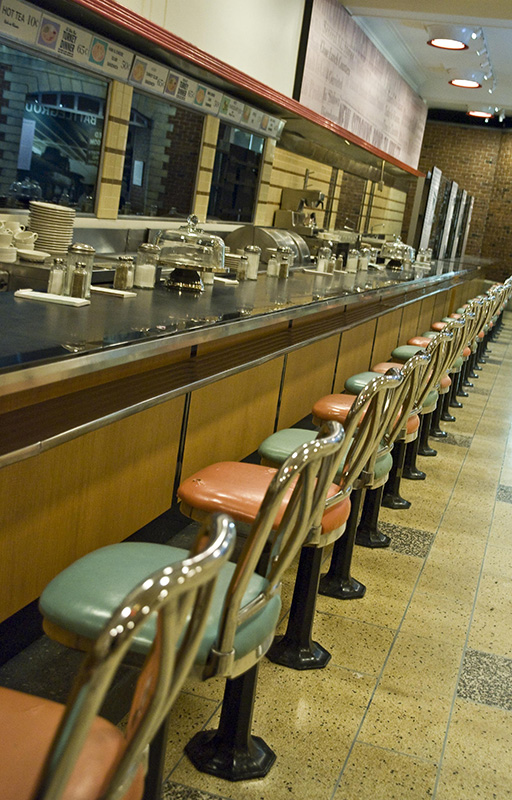 For profiles in courage, picture this. The first sit-in students did so without police protection, financial support, or sufficient bail money. From that day forward, the Civil Rights Movement shifted into a higher gear. Days later, other North Carolina sit-ins kicked off in Durham, Raleigh, Winston-Salem and Charlotte.

As a result of the sit-ins, the Civil Rights Movement shifted from passive withdrawal (boycotts) to passive confrontation (sit-ins). Only days later it drew Rev. Jesse Jackson, a North Carolina A&T student officer, into a leadership role for the movement. The sit-in also encouraged many European American students and international clergy to support the movement. It was also the basis for founding the Student Non-violent Coordinating Committee.

To leverage sit-ins in the context of a broader Civil Rights Movement, Dr. King and other leaders of Southern Christian Leadership Conference (SCLC) members met to refine their direct action strategy in support of more student sit-ins.

On 16 February 1960, Dr. King proclaimed the next major SCLC strategy in Durham, “Fill Up the Jails!” This strategy worked because heroic, well-mannered, childless, and jobless college students like those four Greensboro brothers could afford to spend the night in jail for organized, non-violent disobedience against uncivil laws.

The students were also friendly faces that attracted national and international supporters. Meanwhile, the SCLC and NAACP sent out the call for nationwide resources to organize sit-ins, bail students out of jail, request police protection, and invite national media coverage.

By summer 1963 most lunch counters and public facilities in the South desegregated. The Civil Rights Bill of 1964 also opened more doors.

Nevertheless, Greensboro became a symbolic battleground for those who cherished the Old South. The Klu Klux Klan polarized many with defiant and violent activities in the 1960s and 1970s. Unfortunately, their violence begot more violence from some students at North Carolina A&T. Fortunately, the forces for peaceful transition and progress were unstoppable.

Civic leaders and philanthropists have re-imagined Woolworth Building into the notable historic museum it was destined to become.